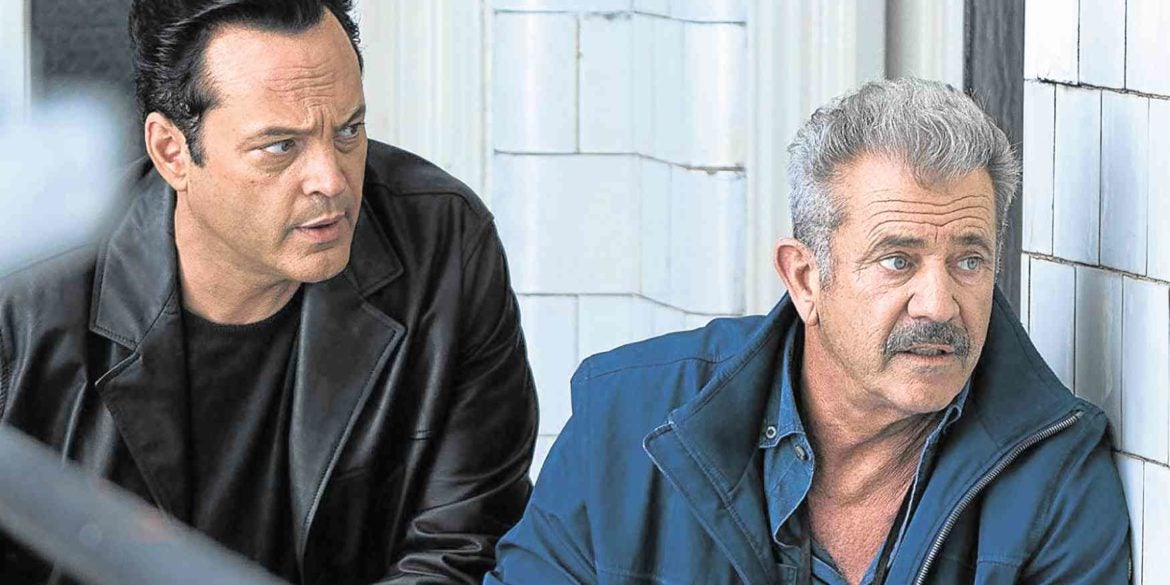 S. Craig Zahler’s latest film, “Dragged Across Concrete,” continues the genre examinations seen in his prior films, “Brawl In Cell Block 99” and “Bone Tomahawk.” This one involves two detectives, played by Vince Vaughn and Mel Gibson, who get suspended from duty after a video of them using excessive force gets on the news. Needing to provide for their families and make ends meet, they stray outside the law in an attempt to rob some drug suppliers, and things go awry.

This is very much not your average crime film. For one thing, it’s 158 minutes long. There are parts that are definitely slow and dragging (that title ain’t kidding). But, if you stick with it, the last hour provides an intriguing and unpredictable long night’s journey of the soul, one that intertwines the two detectives with two low-rent thugs and suave international bank robbers.

It can occasionally be frustrating, as there are several scenes that could easily be trimmed to keep the running time down and the pace up. Some scenes also seem underlit, with some rooms lit only by lamps as if the characters had never heard of overhead lights.

Zahler’s stylized dialogue might be an acquired taste but it does color his characters, which are throwbacks to old ’80s tropes; grizzled old-school Real Men who have a touch of misogyny and racism to them, and the casting choice of Mel Gibson is a deliberate one. These men straight out of Charles Bronson’s “Death Wish” are put in a genre decelerator by Zahler, where they are immediately put out of commission and then have to endure a long stakeout, and then a long tailing sequence, and then a long standoff. This stateliness might smack of a deconstruction but plays more like an experiment, taking older genre staples and putting them in new environments and seeing if they’ll survive.

While at first glance it might have looked like an old-fashioned crime story with nothing new to add, thankfully “Dragged Across Concrete” is refreshingly unpredictable, if a little indulgent.