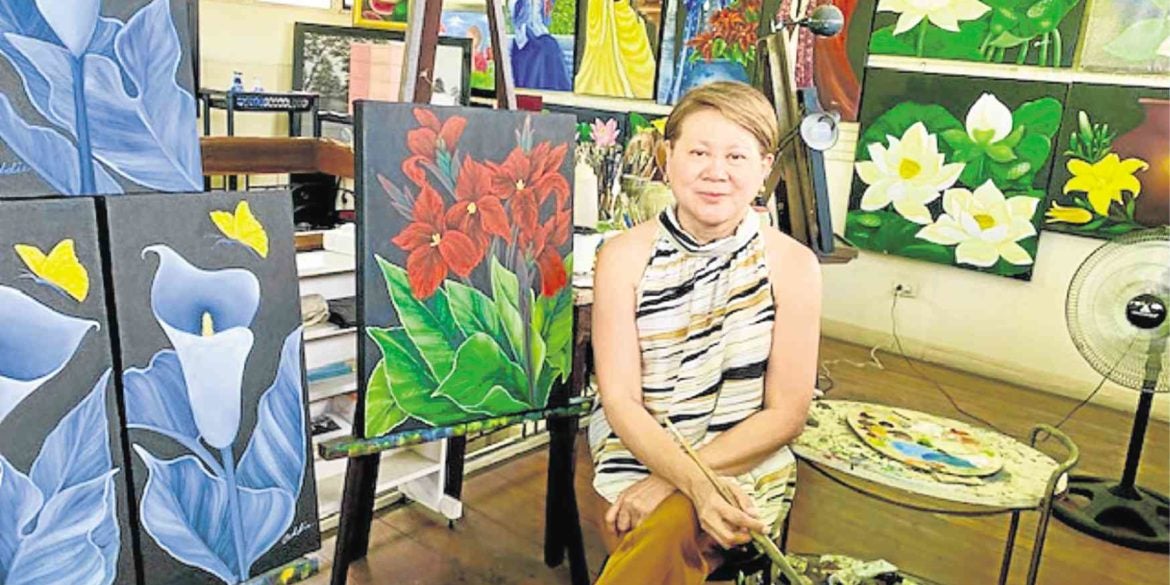 Addie Cukingnan in her studio

Why the Good News Clinic in Banaue is rare good news

63-year-old hospital was built by Usaffe missionary doctor, continued by a committed surgeon—and now can use your support

Amid the renowned rice terraces on the Ifugao highlands of Banaue stands a 63-year-old donor-driven hospital. Its roots go back even earlier.

At the end of World War II, military medical personnel from the Ifugao capital town of Kiangan started visiting what is now a Unesco World Heritage Site, the Banaue Rice Terraces, both for their leisure and medical mission.

For 34 years, the good doctor served the Ifugaos and neighboring mountain tribes, leaving the place only for furloughs to raise funds from donors outside the country.

Fast-forward to 1988, 32 years later. The clinic had become bigger and now called the Good News Clinic and Hospital (GNCH).

In that year, Dr. Antonio Ligot left his private practice as a surgeon in Manila, after having been invited to take the place of Dr. Irvine.

Although hospital facilities were more or less complete, he found himself the only doctor at GNCH. But he had a modest staff of able nurses to assist him.

The bold doctor buckled down to work and ministered to the needs of various kinds of patients, not just his specialization as surgeon.

A mission hospital is run not for profit, says Dr. Ligot. “Whatever money we have, we put back. Yes, we charge our patients, but only if they can afford it. If one can’t pay, that’s okay.”

To work in this far-flung area, the kindhearted doctor leaves his wife, four children, and an adopted son in their Manila home and visits them only every now and then.

He visits his old classmates and fraternity brothers in the US from time to time to solicit donations for the hospital. Of course, they cannot help but reminisce their student days at UERM, or their training at Rizal Medical Center, their work at Amang Rodriguez Hospital, or their private practice later.

Dr. Ligot, being the only doctor in Banaue, is extremely busy. “Trauma cases are most common in Banaue,” he says. “Jeepneys are usually filled to the top and accidents happen. Foreign tourists also flock to GNCH and the usual culprit is diarrhea. There are also tourists who get overexcited at the breathtaking sight of the rice terraces and fall in the ravine.

“Another thing to deal with in Banaue is family size.”

He says, “The average number of children in Banaue is seven per family. An Australian foundation funded a three-year study and research on family planning. Ifugao couples usually reject spacing in between babies and want a big family.”

GNCH is also a first-response facility. Before a provincial hospital was built in Lamut town in 2015, it had been the only primary care hospital in Ifugao. It now includes an FDA-licensed pharmacy, outpatient clinics, hospital rooms for 25 patients, a radiology room and a laboratory.

A challenge the hospital faces, aside from financial issues, is finding a dedicated staff, especially nurses who would stay in the long haul.

“Our salary rates could not be at par with the big private, or even government hospitals, since our funds are donor-driven, which do not come on a regular basis,” says board member Addie Cukingnan, who has mounted an art exhibit to benefit GNCH.

“I visited the Good News Clinic in Banaue a year after I was made a member of the board of trustees chaired by Dr. Fely Marilyn Lorenzo,” says Cukingnan. The secretary-treasurer of its board, Dr. Marie Arranz-Lim, invited her.

“It was an eye-opener for me,” she adds. “I saw firsthand the hospital’s good work and the great sacrifice of Dr. Tony Ligot and his wife Sylvia to answer God’s call to use their talents and serve in a place where they are most needed.”

The septuagenarian doctor, who doesn’t look his age at all, is retiring soon after 32 years at GNCH.

“But we won’t let him go that easy,” says Cukingnan with a big smile. “Since Doc Ligot is known there and is very much associated and identified with the hospital, he will still be very much around as ambassador-at-large, promoting GNCH and assisting us in raising funds.”

He now trains a young couple, both doctors, to succeed him in this humanitarian task. Dr. Joash Ruiz is the son of an old member of the GNCH board and has been exposed to the clinic’s work even as a child. His wife, Dr. Romalita Cayong Ruiz, is a native of Banaue.

In 2006, GNCH pioneer Dr. Irvine passed away at age 89 in Visalia, California.

A reporter of The Fresno Bee, Jim Steinberg, interviewed the doctor’s widow Helen Wright and son Richard who told him about the medical missionary’s work “in the mountains of the Philippines where he treated for 34 years patients who numbered 350,000 by the doctor’s count.”

Wright, who joined Irvine in the Philippines, said they bought forest land in the mountains of Banaue and built a small hospital with money he had saved. They later expanded the hospital to two stories with 25 beds with help from Rotary International.

“He loved medicine and the people,” Wright said.

His patients hiked for as long as 10 hours to reach his little hospital. “Someone with a leg cut by a machete would knock at 2 a.m., and dad would save the leg,” Richard Wright added.

On Sundays, the good doctor “rested” by conducting religious services. He had to quit medicine when he developed Alzheimer’s.

Meanwhile, Dr. Ligot says of his life and work in Banaue: “I have never experienced greater satisfaction than when I’m in Banaue treating children, mothers, and whoever needed my care. I healed them all. I was the only doctor, but did not feel alone. I have a companion from above who always stays with me—the greatest Healer of all.”

Good tidings, indeed, follow the GNCH, a model of goodness and kindness in this world.

For the benefit of GNCH, “How Great Thy Art,” a solo exhibit of Cukingnan, opened July 6 (until July 31) at Greenhills Christian Fellowship lobby in Ortigas Center, Pasig City.

The exhibit features Cukingnan’s trademark oil paintings—lily, magnolia, orchid, lotus or peony among Oriental vases and jars, children and monks. Proceeds will all go to GNCH.

The art exhibit, Cukingnan’s 17th, more than 10 of which have benefited charitable organizations like the World Vision and Unicef, will help GNCH in its mission “to heal bodies and win souls.” —CONTRIBUTED