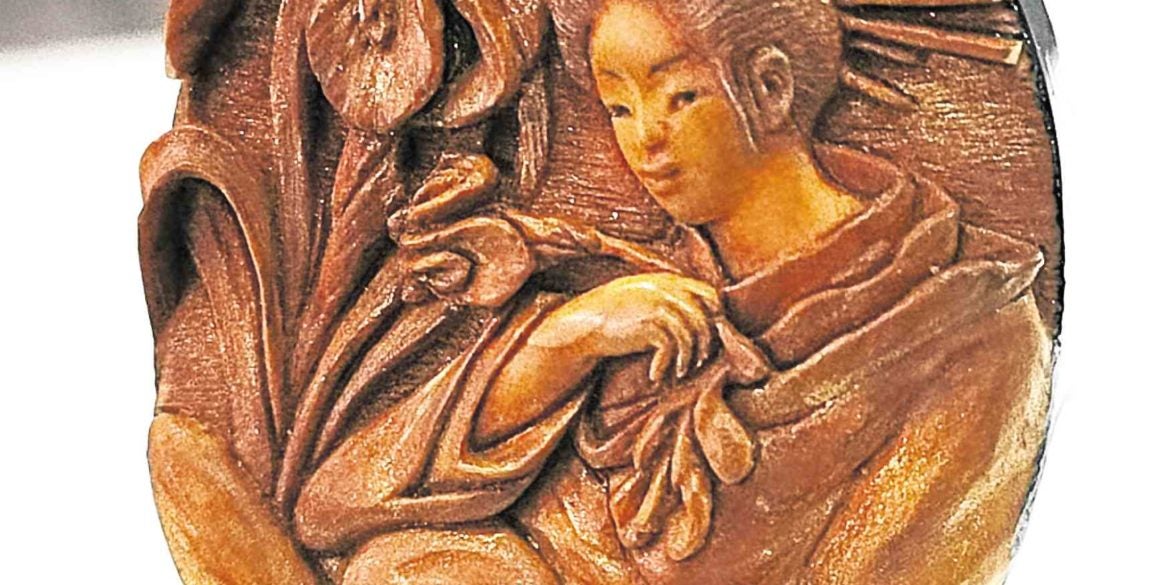 The Japanese netsuke refers to the small, carved toggles—usually wood or ivory—that are used to secure small personal pouches to one’s kimono.

Better appreciated up close, these functional pieces feature designs so intricate that collectors are willing to pay a fortune for them. In fact, one late 18thcentury ivory netsuke featuring a shishi (lion dog) sold for £262,250 at an auction by Bonhams.

But of course, the appreciation for netsuke shouldn’t be dependent on how much monetary value it possesses. While miniature in size, a piece could take up to three months to finish.

“One has to have a high spirit,” says Nakagawa Tadamine, a netsuke artist for almost 40 years. “A piece so small, that it can fit in the palm of one’s
hand. . . it is a reflection of a person’s character.”

A former president of the International Netsuke Carvers’ Association, Tadamine won Mie Prefecture’s Award for Cultural Merit in 2008. He, along with Asuka Shoura, is in the country as part of the Japan Foundation’s exhibit at Ayala Malls Greenbelt 5 in celebration of Philippine-Japan Friendship Month.

Exhibit features 65 netsuke pieces and is a collaboration with Ayala Museum and Ayala Malls, Ateneo de Manila University Japanese Studies Program, Areté and Embassy of Japan in the Philippines.

Shoura is a former announcer at NHK, Japan’s national public broadcasting organization. She decided to become a netsuke artist herself in 2010 after covering Tadamine at a traditional art crafts event.

“To be able to show the characteristic and strength of netsuke is very important,” she says. “But thanks to the Internet, people around the world will be able to know what netsuke is. The next decade will be a crucial time for us if we can maintain and pass on the knowledge and beauty of netsuke to the next generation.”

“It is this kind of cultural and people to people exchanges we share that fuel our deepest sense of appreciation for each other’s cultures,” Japan Ambassador Koji Haneda said. “It has also cultivated mutual understanding and respect between Japanese and Filipinos that go far beyond the conventional areas of our cooperation, trade, investment and development matters.” —CONTRIBUTED