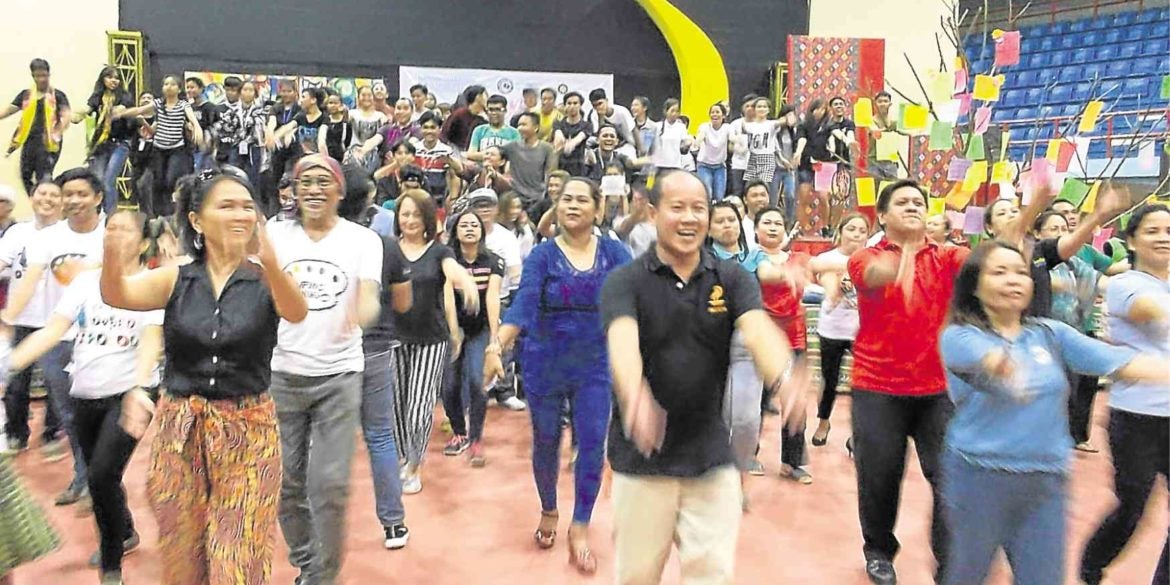 The seven lively arts as defined by the National Commision for Culture and the Arts (NCCA) were recently showcased in a series of workshops climaxed by a grand presentation of the output and a unity dance.

The event took place in Dipolog, Zamboanga Peninsula, a city with an ecopark as well as a heritage walk which starts at Our Lady of the Most Holy Rosary Cathedral, Linabo Peak, a walk with 3,003 steps and a long, well-maintained boulevard.

City Mayor is Darel Dexter Uy, a known supporter of the arts. The NCCA is chaired by National Artist for Literature Virgilio S. Almario; the workshops, called Amping Sining (Taking Care of Art), also had the support of the regional Department of Education.

The seven arts are architecture and allied arts; dramatic arts, films, music, dance, visual arts and literary arts. Each workshop had facilitators from the NCCA, with the participants being students, teachers and out-of-school youth.

The workshop on allied arts concentrated on found objects which are just thrown away or considered useless; and they created decorative and useful product such as flower pots, clothes with designs, colorful containers and a “dream catcher.”

The workshop on films produced its own docu, about the challenges faced by an older woman. Dance buffs gyrated to the tune of Joey Ayala’s song “Magkaugnay” which stressed oneness—a lesson to be learned from the project.

The painters, with prominent social realist Edgar T. Fernandez as facilitator, created impressive murals around the East Central School while classes were going on; later they marched to the stage carrying small works which they formed into a unified whole.

In literature, the students wrote their own poems and short stories, while the teachers performed a children’s tale about a magical egg, with one mentor stealing the show by acting as a witch, with cackle and all.

Workshop participants on music formed a choir and summed up the theme of the varied activities with a song of hope (“haharapin natin ang umaga…” (We will confront tomorrow). —CONTRIBUTED