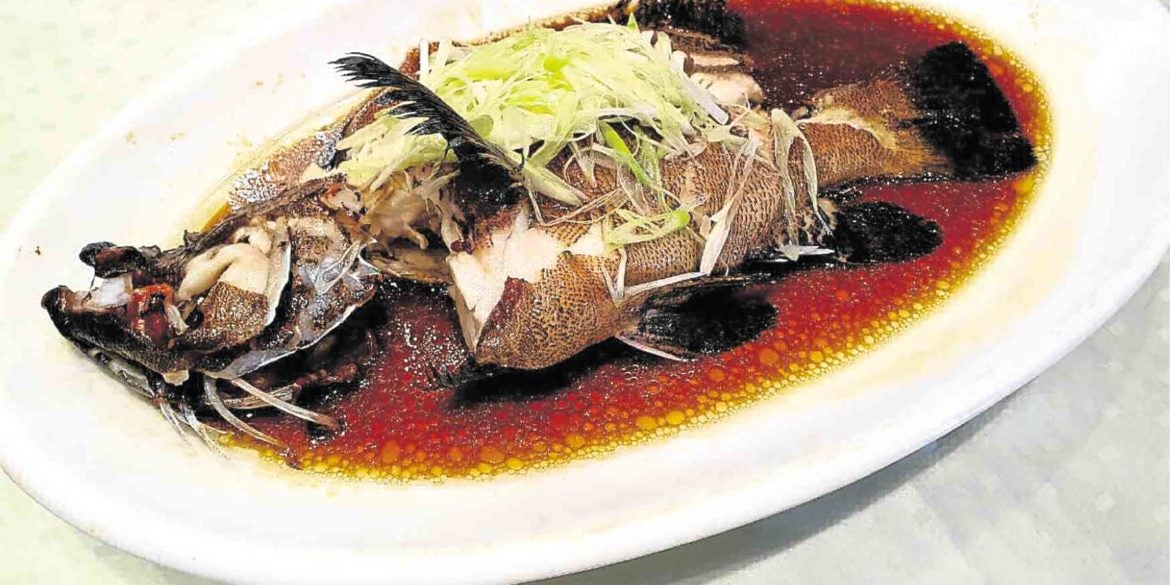 When I posted a photo of red pakwan fish on Instagram last week, I got a call from Timmy Yao.

There are many other types of fish he wants me to try, he said. He invited me to a fish-tasting lunch at Lucky Rainbow Restaurant.

Timmy is a purveyor of live fish and seafood. It was from his catch that I first sampled the delightful red pakwan—that taste will stay imprinted on my mind.

The meatiest sea mantis I’ve tried also came from him. That was the only time I found eating sea mantis was worth the effort.

We agreed to meet for early lunch and, to my delight, he brought along colorful personalities. There was Stewart Chongson of Dragon Slipper fame, Dyords Javier, Samuel Uy, Nancy Limuaco, Peter Gotohio and his daughter Patricia.

We requested that the fish be simply steamed, to savor them best.

Melt in the mouth

First was black pakwan, also known as tropical black cod. Like its sister, the red pakwan, it was delicate, melted in the mouth, and tasted distinctly of the sea.

However, I find the tropical red cod more to my liking. The flesh of the red pakwan is firm enough to the bite, yet soft and delicate. It is creamy and buttery. I believe it’s the texture of the skin that’s different. The skin of the red gives it a richer, more luscious mouthfeel.

I learned the fish is called pakwan because, according to Timmy, when the fish is stressed, markings that look like watermelon seeds appear.

Next was the steamed suno, also known as the Eastern star grouper (translated from Mandarin). The flesh had a unique texture, firm and fleshy. This was the one that took on the most of the sauce’s flavor.

Next was the tiger grouper. The meat was soft and flaked gently. Of the steamed variants, this was the one I kept going back to, for its own intrinsic character, mouth feel and taste.

The champan was prepared two ways.

First, the fillet was sautéed with celery. This fish was firmer and chewier than the others. The way it was cooked, I believe, was the reason.

The second way was as mala fish head soup. Mala is a spicy Chinese sauce that consists of chilies, Szechuan peppercorns and other spices.

Lucky Rainbow’s George To said the base of their fish head soup is made from slow-simmered native chicken and pork bone broth. The chef’s secret mala sauce is then added to it.

Of all the dishes we had yesterday, this was my absolute favorite. Skill and the understanding of spices are required to achieve the perfect balance when making mala.

The chef of Lucky Rainbow concocted his to perfection.

The soup was more than just flavorful, it was spicy but not in a hot, tongue-burning way. The level of heat did not escalate while we ate. The tingling and numbing of the mouth lingered on, in a most delightful way.

The soup was like a watered-down, well-made and delicious fish head curry, just more fragrant.

Other noteworthy Lucky Rainbow offerings were the xiao long bao.

I also loved how I detected rose wine in the char siu.  It enhanced the pork on the finish without overpowering it.

The house-made tofu with spinach had a nice, delicate crispness to it on the outside, yet was curd-like on the inside. The abalone sauce slathered on it was delicious.

I loved the house-made taho that capped our perfect meal.