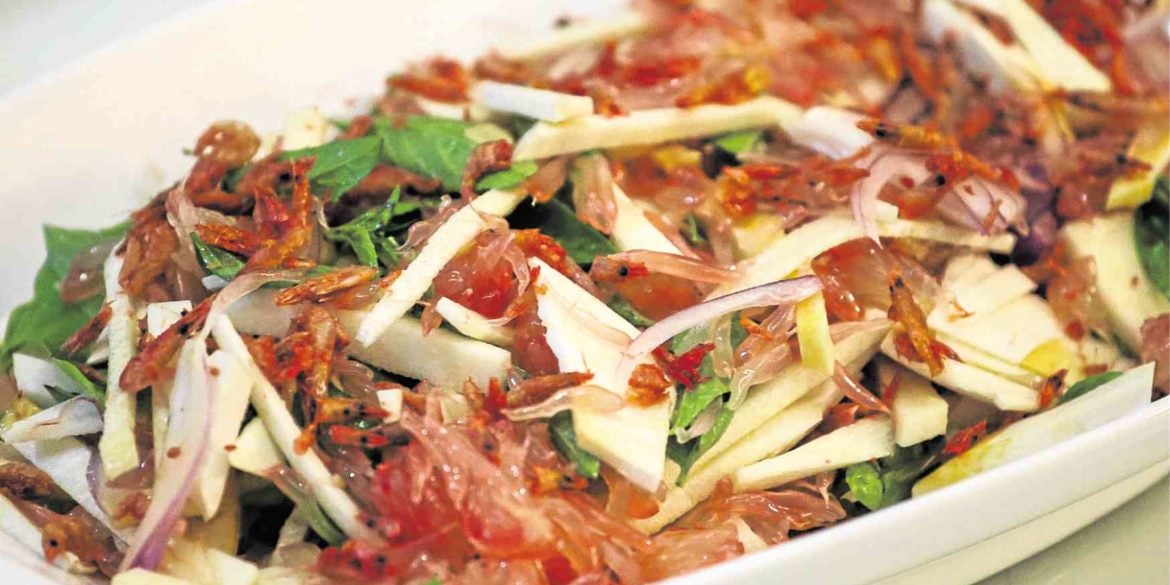 As we waited for dessert, we watched the stars above us and listened to the sound of waves crashing on the shore

On our way to Casa Amara in San Juan, Batangas, chef Isaiah “Seya” Ortega stopped the car and tried to pick flowers from a tree. He couldn’t reach them, but we knew those flowers would end up one way or another on the plate.

This was how we were introduced to his food philosophy. Ortega observes his surroundings, unafraid to try new things to bring a twist to familiar dishes.

His adventurous way with cooking began when he was 6 years old because he was a picky eater.

He was thankful his parents did not ban him from the kitchen.

He buys ingredients at the San Juan public market. Marketplaces are his favorite hangout.  After years of experimenting with recipes from different regions in the country, he still discovers new things in the market.

Ortega excitedly talked about a variety of squash he recently found in the market. It was used in the Visayan soup law-uy, where it became the unexpected star. Sliced thinly, it maintained a bit of its crunch. Its natural sweetness complemented the flavors of ginger, alokon and bangus belly.

The soup was deceptively simple but done very well. There was restraint in the use of dried shrimp.

He also served the notoriously addictive bagnet. It took him 48 hours to marinade the meat in Cebu lechon spices before deep-frying it. The crunchy chunks of fried pork were enough to make one kneel in repentance.

Ortega challenged the heat tolerance of his diners with the chicken halang-halang.  It was spiced with chili and owed its creaminess to coconut milk. He kept the siling duwag whole

because he wanted to surprise diners with its almost nonexistent heat.

As we waited for dessert, we watched the stars above us and listened to the sound of waves crashing on the shore. It was a humid night and Seya rewarded us with cold, sliced melons on imported honey. The chef topped it with mint grown in-house.

The next day, he served grilled striped tuna, locally known as gulyasan. The inch-thick fish steaks were cooked perfectly, the inside still moist. The Visayan soup laswa was also served.

Ortega threw in an unexpected wagyu beef and Portobello mushrooms to the mix. He poured it with a decadent serving of creamy truffle sauce.

What made the whole thing enjoyable was that the simple and comforting dishes were served next to the more indulgent ones, as if to show that it’s not about the price of the ingredients, but the cook’s know-how that makes food worth traveling a long distance for.