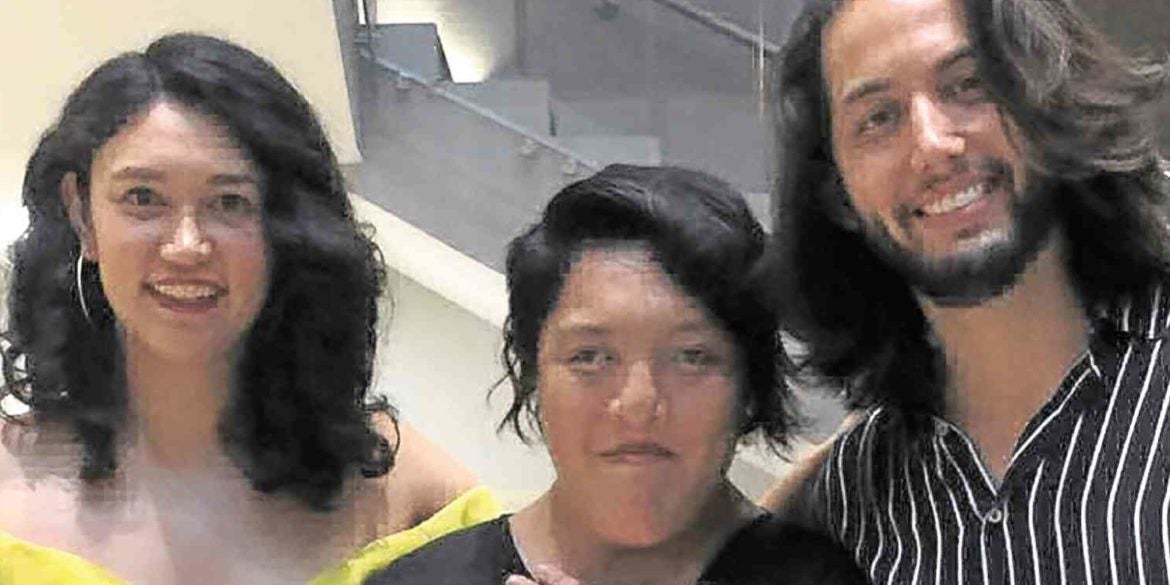 If the only association you have with spoken word is hugot, heartbreak, and the incomparably brilliant Juan Miguel Severo of Words Anonymous—you’re not alone. Filipinos have proven to be big fans of spoken word, and that really ballooned during a popular teleserye that aired some years ago. It wasn’t a trend then and it still isn’t now; if anything, it’s reached a very nice sustainability. Jewish-Japanese Americans Sarah Kay and Phil Kaye are two other well-loved poets, and they recently flew in for a one-night only performance.

I’d been a fan since 2012 when my brother Vitto sent me a YouTube link to a performance. I quickly became a fan of theirs and of the art form in general.

Together, they had formed Project VOICE (Vocal Outreach Into Creative Expression), a “movement that celebrates and inspires youth self-expression through Spoken Word Poetry.” Their Manila shows were made possible largely by local spoken word collective Words Anonymous, who continue to host and spearhead the manpower for every #PVManila event.

Despite being a fan for ages, I was only able to attend a Project VOICE Manila show last year. I’d been gifted a ticket with meet-and-greet as an early birthday present. Sarah somehow sweetly remembered me from Twitter. Phil was incredibly warm. In those moments, they single-handedly destroyed the saying that one should never meet one’s heroes. I met my heroes, and they were awesome.

This year, I was planning to watch again. When the opportunity to actually work for the show was presented to me, I very nearly fainted.

I got a text message from a dear friend: “Would you be willing to volunteer with me [and some common friends] in Sarah and Phil’s show this July?” July 12 couldn’t come fast enough.

On the day itself, I showed up bright and early to the beautiful Areté in Ateneo De Manila University. PVManila was at the venue’s Hyundai Hall for the first time. By the time Sarah and Phil arrived, members of Words Anonymous—led by Serge Gabriel, Abby Orbeta and Josh Orbeta—had already briefed us volunteers.

As there were multiple ticket types (General Admission, Fan Pass and VIP), they needed a bunch of us to check people in with the Eventbrite app. Three other girls were working my section and we became acquainted fairly quickly. Additionally, I was assigned to help out with merchandise. It was absolutely fun, but it was very clear that it was also a very serious job.

People queued as early as 3 p.m. for the show meant to start hours later. It was a good idea, as it was free seating for the most part; most notably, the VIPs got the first four rows. As Hyundai Hall holds about 900 seats, that’s quite a lot!

I slipped in and caught part of the show. That was a volunteer privilege—when your job was over, especially if you were a new volunteer, you could go in and watch the show. I managed to slip into the balcony area and caught some of my favorite pieces, such as Phil’s “Repetition” and Sarah’s “Useless Bay!” It wasn’t long before I was leaning on the wall where I stood, getting misty-eyed. Also managed to catch the classic “An Origin Story,” whose title is self-explanatory; it talks about how they met and all the crazy coincidences in their lives. Absolute mastery of wordplay.

I got somewhat lost backstage; that’s how I wound up listening to Sarah perform “Montauk.” The poem talks about an annual vacation Sarah took as a child and how time seemed to slow down there. It was fitting that it was in that moment I saw movement by the curtain that separated Sarah and the microphone from the vast space. It was Phil, pacing, likely running his own lines or perhaps allowing himself a moment, too, to take everything in. He did not see me nor did I want him to; it was just nice to somehow be holding a space like that with one of my writing inspirations. While I could have stayed and waited for Sarah to appear as Phil stepped out, I decided to leave that moment as it was and go get some food.

It was only when I was tucking into my fast-food meal, fries still hot and all, that I began to really let things sink in. Here I was, merely a year after meeting two of my poetry heroes and stepping into the local spoken word scene, being entrusted to help ensure that their show ran well! A lovely privilege, one that certainly gave me pause in the midst of it all to think of my own “Montauk”—my own quiet moments growing up, all the pockets of my childhood that influenced my early writing. Having that moment a mere 10-15 feet away from where Sarah and Phil were performing live felt like a gift from the universe.

By the time the meet-and-greet rolled around, there were hundreds of people waiting in line. The GenAd purchase crowd got so thick that fellow volunteer Annia Naguit and I began a single line that quickly snaked across most of Areté’s main waiting area. The meet-and-greet was still ongoing, with Abby, Josh, and Collaboratory.PH’s Leandro Reyes making sure it went as timely as possible. Not once did Sarah or Phil look tired or give off the vibe that they wanted to get some rest, even though by that point they’d been up and about (prep and show proper) for at least six hours. The crowd was a variety of characters—first-timers who went for a meet-and-greet right away, GenAd at previous shows who could finally afford a meet-and-greet, partners who weren’t necessarily fans but were moved enough to accompany their superfan loved ones. It was a beautiful mix.

At the end of it all, when the dressing room was cleared and the equipment stowed away, the last ones standing at Areté were most of the volunteers, Words Anonymous, Phil and Sarah. (Other volunteers had left early for other commitments such as night-shift work.)

With a collective sigh of relief, we celebrated with hugs and applause. We ended the night at 10:45 p.m., over 8 hours since our “work day” had begun. Throughout all that, there were no major mishaps or emergencies.

The opportunity to connect with Sarah and Phil and fellow spoken word artists on such a unique level was also definitely not lost on me. In fact, I already had the beginnings of a poem brewing in the Notes app on my phone. I gained so much from the experience not just inspiration-wise, but also in terms of lessons in professionalism and crowd control.

All told, it was a beautiful afternoon and a gorgeous evening.

Sarah said it best, and I couldn’t agree more: “People who come to poetry shows generally tend to be nice people.”

Crossing my fingers for #PVManila2020!