(This story is a part of last Sunday’s My City, My SM supplement on Antipolo —Ed.)

People often forget that Antipolo is part of a province, what with its close proximity to busier Metro Manila, residential villages and malls (there’s SM Taytay and the posh SM Masinag).

The Rizal capital is an ideal day-trip destination for lush gardens, interesting restaurants, art galleries. It is also a favorite venue for weddings, parties, pictorials and family outings.

The city has a comforting suburban vibe. The weather is balmy and the people friendly, and it has a soothing feel that makes you forget it takes around two hours to get there from central Manila.

If you often go to Tagaytay or Baguio for short vacations, check out Antipolo next time—an accessible, affordable alternative travel stop. 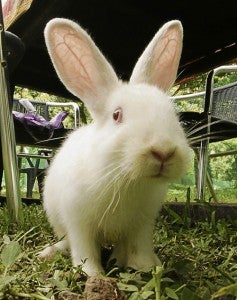 Flor Gozon Tarriela is an advocate of organic farming, natural medicines and weeds—yep, the type that grows on sidewalks, outside your home or in your yard.

“‘Weedicinals’ are weeds that can be used as medicines, and weedables are edible weeds. There are a lot of useful weeds in the country that grow everywhere,” she said.

Flor’s Farm and Garden is a four-hectare farm where she practices and studies organic farming. She shares her techniques in the colorful book “A Beginner’s Guide to Natural Gardening,” which she co-wrote with Gidget Jimenez, with illustrations by Liza Flores.

The bright and breezy five-hectare farm has a pool, gazebo with dining area, and some beds for massage. There’s Kiddie Farm with a pen for “three little pigs,” which surprisingly don’t smell; a rabbit called Peter; makeshift lounge with a canopy made of a white parachute; and round “pizza” garden, with each “slice” planted with ingredients like tomatoes, onions, Italian oregano and basil.

To ward off mosquitoes and keep the farm fragrant, citronella and lavender seedlings are planted as well. No commercial fertilizers or chemicals are used in the farm.

Tarriela hosts team-building activities and parties, as well. For the interview, during lunch, she made a garden salad with edible flowers; chicken-pork adobo paired with savory santol and eggplant with bagoong; plus rice colored with blue ternate flowers and balimbing juice.

Jules Araos took us around Araos Garden and explained that his father, sculptor Jerry Araos, wanted to keep their garden raw and overgrown. It gives you a feel of being in a rainforest—there’s no manicured grass, streamlined landscaping, fountains or anything too arranged.

“We wanted to keep the look as natural as possible, with some unique touches like a swamp and mini coliseum where artists like Noel Cabangon and Isay Alvarez perform,” Jules said. “It is open to the public only on Valentine’s Day and New Year’s Eve, when we set up tables for a romantic meal.”

A life-size Santa on a sleigh greets you by the entrance. Inside the house is a Christmas tree with Santa trimmings, a panel of Santa stuffed toys, a snoring Santa in a bedroom with Santa sheets, a Santa in the bathroom, and precious Santa crystals and globe balls in a glass cabinet. The house even has an electronic fireplace!

Jardin de Miramar, meanwhile, is a multilevel garden divided into theme areas for celebrations: Paradiso, Pergola, Terraza, Intramuros, Galera and Plaza. Inside Galera is Noah’s Ark, a 30-foot boat made of wood from a 50-year-old fishing boat.

The Eugenio Lopez Center was put up in Antipolo as an out-of-town venue for employees working in the Lopez group of companies. It was later opened to the public as a choice venue for seminars, corporate parties, meetings and team-building activities.

The 5,250-sq m center is perched on top of a 10-hectare property. The veranda offers a panoramic view of the city, and a warm scenic sunset on less cloudy days.

A popular Antipolo landmark, Hinulugang Taktak waterfalls is a must-see (in the same manner that you have to see Rizal Park, Manila Zoo and Tagaytay’s Picnic Grove at least once).

The area has been developed as a National Park, and now resembles a resort with picnic area and swimming pool.

“Hinulugang Taktak” means “where the bell was dropped.” According to its website, “Legend has it that sometime during the 16th century, the townsfolk of Antipolo were bothered by a church bell which produced harsh sounds during Angelus. They demanded that the local priest get rid of the bell so he dropped it in a nearby river.”

To commute, take the Antipolo jeep from LRT 2 Santolan, or in Cubao. Alight on Taktak Road, then transfer to a tricycle to get to the falls.