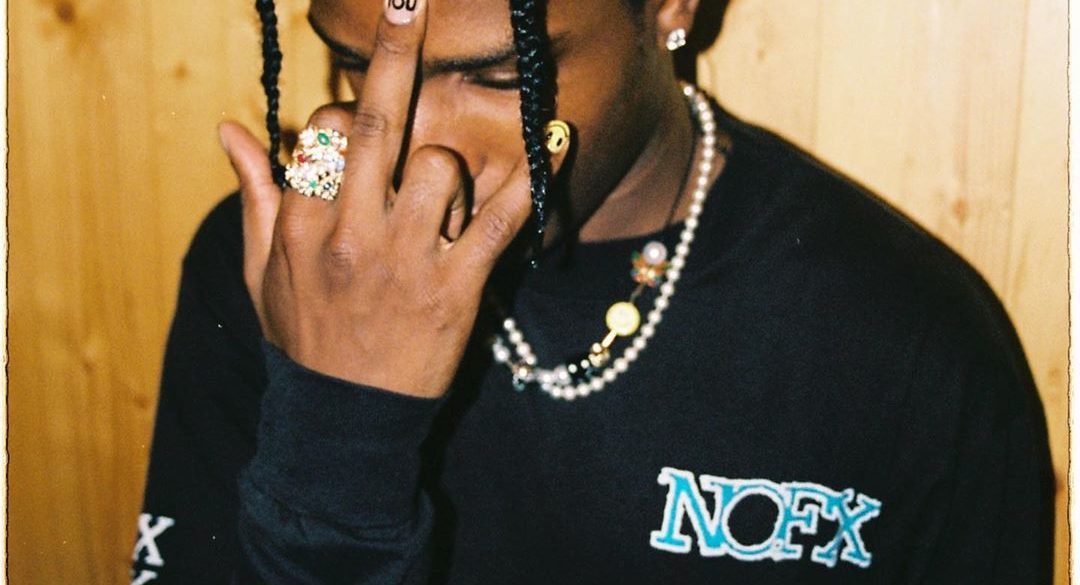 US rapper A$AP Rocky pleaded not guilty to assault at his trial in Sweden Tuesday over a street brawl, saying he acted in self-defence in a case that has stirred diplomatic tensions and outraged fans.

The 30-year-old rapper, whose real name is Rakim Mayers, was arrested on July 3 along with three other people following the fight in Stockholm on June 30. One of them, the rapper’s bodyguard, was later released.

At the start of the trial on Tuesday morning prosecutor Daniel Suneson told the court that he believed that Mayers, and the two other accused, had assaulted the plaintiff, a 19-year old man, together.

Suneson said the accused had punched, kicked, and hit the plaintiff with a bottle.

He then went on to show the court parts from the some 550 pages of the preliminary investigation.

The evidence highlighted included surveillence footage and maps to establish a timeline of the events leading up to the brawl.

The prosecution then went on to show a number of videos, including ones published by US celebrity news outlet TMZ, where the rapper can be seen throwing a young man to the ground and then aiming several punches at him while he is down.

The court was also shown videos published to the rapper’s Instagram account, in which the young man can be seen arguing with the musician over a pair of headphones.

The artist appears to repeatedly ask the man and his friend to stop following him and his entourage. One of the young men can also be seen hitting the artist’s bodyguard.

However the prosecution also showed videos retrieved from the phones of members of the artist’s entourage, as well as 13 minutes of security footage from a fast food restaurant.

Suneson told the court the videos showed the lead up to the fight and also proved that the videos posted to the artist’s Instagram had been edited to remove instances where the bodyguard grabbed and pushed the plaintiff prior to the fight.

The prosecutor also showed text conversations between members of the artist’s crew, stating that the video uploaded to Instagram had been “cleaned up a bit”.

A$AP Rocky was dressed in a green t-shirt and sweatpants, and sat in the courtroom with his lawyer Slobodan Jovicic.

The lawyer told the court his client acted in self-defence.

“He admits that he threw the plaintiff on the ground, that he stepped on his arm and punched or pushed his shoulder,” Mayers’ lawyer Slobodan Jovicic told the court, but added that it was a case of “self-defence”.

The rapper’s mother Renee Black was seated on the front row of the visitors’ bench, and waved at her son as he left the court when it took a recess for lunch.

Robert C. O’Brien, US Special Presidential Envoy for Hostage Affairs, had also travelled to Sweden to attend the trial.

US President Donald Trump has called for the rapper to be freed, drawing complaints of interference from Swedish politicians.

“The president asked me to come here and support these American citizens and we’re working to bring them back as soon as possible,” O’Brien told AFP, declining to comment on what he thought of the prosecution’s case.

On July 5, the Stockholm District Court ordered that Mayers be kept in custody while the case was being investigated. He has remained in a Swedish remand prison awaiting trial.

The musician, who had his breakthrough in 2011 with the release of the mixtape “Live. Love. A$AP”, was on a European tour and has had to cancel over a dozen shows following his arrest.

Throughout his detention, fans, fellow artists and US Congress members have campaigned for his release.

An online petition called #JusticeForRocky has garnered more than 630,000 signatures. Social media campaigns have urged fans to boycott Swedish brands such as IKEA.

Give A$AP Rocky his FREEDOM. We do so much for Sweden but it doesn’t seem to work the other way around. Sweden should focus on its real crime problem! #FreeRocky

In a subsequent tweet, Trump said he vouched for the rapper and offered to pay his bail, even though Sweden’s justice system has no provisions for bail.

The district court deemed Mayer to be a flight risk and ordered his continued detention.

Lofven’s press secretary Toni Eriksson told AFP that “the prime minister was careful to point out that the Swedish justice system is completely independent”.

Upon learning that the case would go to trial, Trump vented his frustration on Twitter.

“Very disappointed in Prime Minister Stefan Lofven for being unable to act,” Trump tweeted, adding: “Give A$AP Rocky his FREEDOM.”

Several Swedish politicians fired back at Trump for trying to interfere in the judicial process.