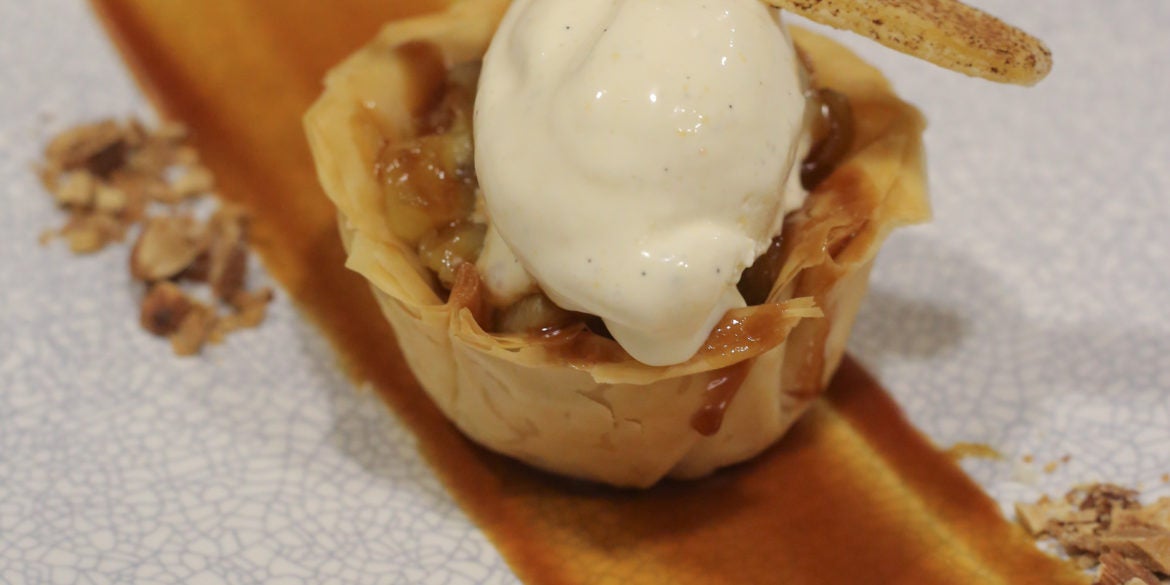 Inside S Maison at Conrad Manila is a real gem—Epilogue, a Japanese-European fine bistro. “It’s our first chef-driven restaurant,” said Alyanna Uy, president of Epilogue and one of the people behind Hokkaido Ramen Santouka, Katsu Sora, Bijin Nabe by Tsukada Nono, Siam Thai and Camp Curry. “It brings together the sophistication of European flavors with Japanese discipline. There’s a Japanese principle called kodawari, it means the pursuit of perfection. They really work hard on perfecting their craft. Our food is actually more European but we pride ourselves on working with Japanese chefs because they’re really into details. That’s how they work.”

At the helm of Epilogue’s kitchen is Hiroyuki Meno, a brilliant chef who has previously worked at Michelin-starred restaurants in France and Japan including Domaine Les Haut Roches in Loire, L’Auberge De L’ill in Tokyo and Le Pont de Ciel in Osaka. He was also executive chef at Brasserie Paul Bocuse and Maison Paul Bocuse in Tokyo. Manila has been his home since 2017.

“In a book, the epilogue is the culmination of a character’s journey and that’s what Epilogue is. We showcase the culmination of the chef’s culinary journey. He’s traveled around the world, he’s worked in different restaurants and he has perfected his skill and that’s what we serve. He brings to you the best of travel cuisine. You get to travel the world in terms of taste without leaving the country,” said Uy. At Epilogue, Meno he takes you on an adventure, one dish at a time. 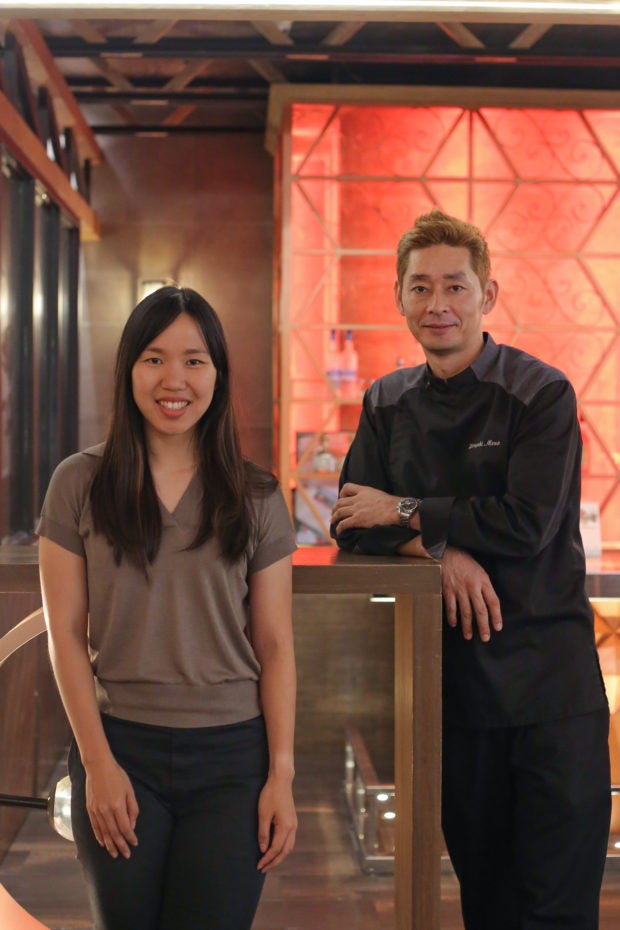 Next came Egg—hot-cold soft boiled egg, king crab meat and maple cream chanty in an actual egg shell. Meno encouraged us to mix it before eating it with our spoon or dipping the brioche in it. It was rich and creamy and sent our tastebuds singing.

The next dish was called Norway—cured salmon plated like it was swimming and served with poireaux vinaigrette, lump fish caviar, moscato cube, yuzu.

Course number four was so good we just had to close our eyes: foie gras with eggplant compote, balsamic reduce and argula. It was decadent and flavorful, a real treat.

Next was a Hokkaido scallop sitting on a bed of clam creamy foam, vegetables and moringa risotto—a harmony of tastes and textures.

One of the star’s of the degustation was the MB7 steak from Jack’s Creek, the Australian Wagyu producer who bagged the “Word’s Best Steak” award two years in a row. The steak, which was so tender, was served with celeriac apple, caramelized onion puree, green pepper and spring onion.

But when it did, it did on a high note—with Epilogue’s Banana Tart: almond cream, caramelized banana, vanilla ice cream in a puff pastry bowl and a plate perfectly streaked with caramel sauce.

That’s an unforgettable meal I still think about regularly and one you can enjoy too. But Chef Hiroyuki Meno can also customize a degustation for you, depending on your dietary restrictions and budget. “It can be P3,000, P3,500, depending on the number of courses,” said Uy. You can have your degustation with wine pairing too. There’s no minimum number of heads. Diners who want to enjoy the degustation (or have one customized for them) should book two days in advance.

There’s another menu item that will be back soon and that you absolutely need to try: Meno’s Iberico pork tomahawk. He serves this tender grilled pork chop with grain mustard sauce, Lyonnaise potatoes, wild arugula and parmesan cheese. So good.

The crispy amadai (sweet sea bream in Japanese) with clam creamy foam and vegetables and moringa risotto is another excellent choice. Meno has enjoyed playing with Filipino ingredients. When he first arrived in Manila, he explored markets in Navotas, Cartimar and Tagaytay and incorporated finds like malunggay, hito, dalandan and amadai into his dishes. “He elevates ingredients and really makes them shine with very good technique,” said Uy.

When you go to Epilogue, bring home bread. Chef Ono Tomohide makes some amazing ones including the rustic bread that reveals a generous smattering of olives and Gouda when you break it. People also go to Epilogue just to buy their massive cookies—the bestsellers are Chocolate Walnut and Valrhona Dulce.

Enjoy your food in interiors designed by Kazumasa Wakabayashi, the same architect who worked on Gonpachi in Tokyo, more famously known as the Kill Bill restaurant (it inspired the House of Blue Leaves where Uma Thurman’s character battled the Crazy 88s).

Uy and Meno have even more goodness coming our way—they just opened Prologue in Tomas Morato.

In August, Epilogue will be flying in Yoshiaki Ito from Paris to do a collab dinner with Meno. Ito, whose restaurant L’Archeste received a Michelin star within months of opening in 2016 and has maintained it. “They will be doing a four-hands nine-course degustation on August 16 and 17,” said Uy.