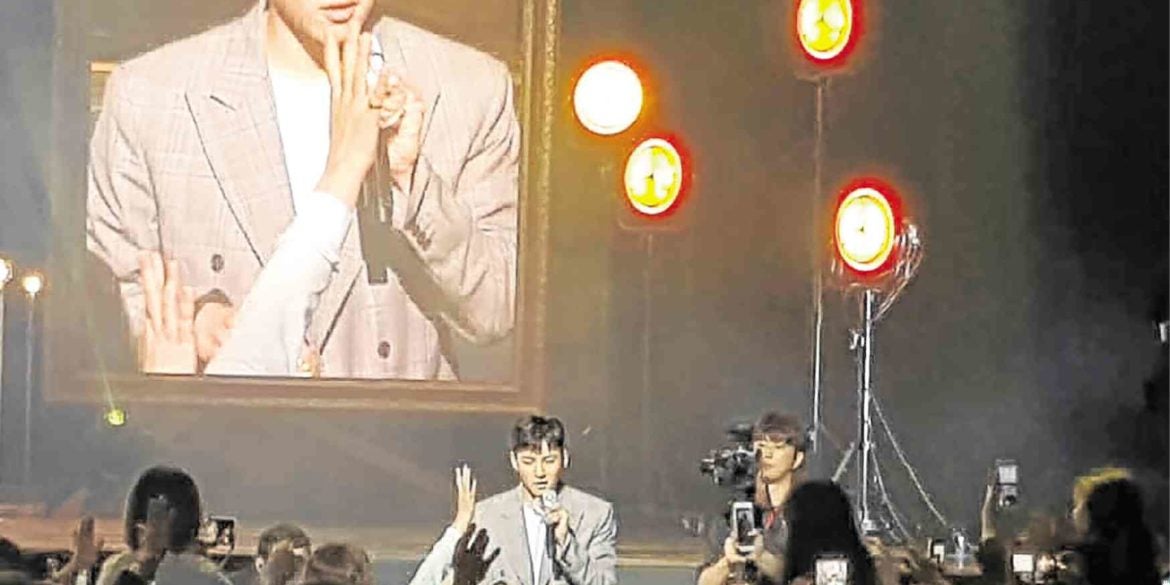 Why I love Ji Chang Wook

This man-boy from Anyang City just captures your heart, especially when he makes fun of himself, something not all stars of his stature and looks could pull off

Ji Chang Wook has grown on me day by day, from the moment I saw him in his action-romance drama, “Healer,” last year.

His is a name that may be foreign to many Filipinos, but he’s a Hallyu (Korean wave) god to those following Korean dramas. He’s gorgeous and talented, in an almost super-human way.

“Healer” was the third Korean drama I watched while on a brief hiatus from work to get away from the toxic social and political environment in the Philippines. Before it, I had seen “Descendants of the Sun” and “Something in the Rain.” Song Joong-ki and Jung Hae-in, the male leads in the two dramas, respectively, were impressive and yes, cute.

But Ji’s oh-so-handsome face and first-rate acting on “Healer” led me to the door of the church of Wook. I was fully inside by the time I saw “The K-2” (another action-romance), “Suspicious Partner” (his first rom-com), and “Fabricated City” (his first and, by far, only starring role movie).

I became a devoted fan so much so that I dragged my (willing) school friend, Trina, to Busan last December to watch Ji in an Army musical, never mind if we understood just a handful of Korean words. Seeing him sing and act live left me in awe. He must have honed those skills as a theater and film major at Dankook University.

In his dramas, Ji, who turned 33 (Korean age; Koreans count from the day the child is conceived) last July 5, is good with subtle reactions that make scenes richer and more memorable.

In “Healer,” Ji plays a “night courier” codenamed Healer who uses martial arts, and not weapons, when he fights. He’s paid to do various tasks for clients. For one job, Ji pretends to be the timid and bungling intern of Park Min-young, his leading lady, who plays an online tabloid entertainment reporter.

In Episode 5, Park grabs his arm as they run away from an enemy’s lair, believing she is leading the way. But it is Ji’s fast and precise skills that actually allows their escape. As they run—the camera switches to slow motion, and the drama’s theme song is played—Ji gives an oblivious Park a side glance and a small smile that could be interpreted as either naughty, or proud of his girl for being brave.

Ji has always been described as one of the actors who does kissing scenes perfectly. He’s also one actor who can cry so well, your heart tightens because he makes the scene so sad. In Episode 14 of “Healer,” Ji’s tears fall on cue, such that you want to be Park, consoling him with a protective hug.

The actress who played his murdered girlfriend in “The K-2” said in an interview, she saw Ji’s tears dripping on her cheek as he held her in his arms and grieved over her death. She felt his character’s anger and pain, such that she tried hard not to cry herself.

In a poignant scene in “Fabricated City,” his embattled character tightly embraced his mother and just bawled. This movie sealed the deal for me: Ji Chang Wook is the best actor I have ever encountered, local or international.

When you’re a fan, you find yourself wanting to know more about the artist you “stan” (a verb, which means to admire a lot). It’s a lot easier now to do that, thanks to social media.

I became a Ji fan while he was midway into his mandatory military service that lasted a year and nine months. I discovered more about him through fellow fans’ daily IG posts. They would also repost (#regrann, I learned) old stuff just to satiate their longing for Ji.

I began watching his TV interviews, clips of his concerts, and the music videos of the songs he sang in his dramas. His baritone is as sweet as his speaking voice. Thanks to English subtitles, I understood most of what Ji says and sings. My allegiance to him spurred me to take Korean language lessons, albeit I haven’t been a diligent student.

An English fan site called Ji Chang Wook’s Kitchen (so named because Ji loves to eat) is a wonderful repository of everything you want to know about Ji: a short bio, his old and new magazine features and press interviews, events, filmography and drama list.

From Ji’s interviews, you will discover a celebrity who has kept his feet firmly on the ground. Away from the limelight, he sheds the trappings of a celebrity life. Most of his friends are entrepreneurs, as his IG posts show, and singers like him, including the fantastic duo, 2BiC. They love to ride motorbikes, which makes a noona (older sister) fan like me want to tell him, “Be safe!”

He’s very playful, especially toward his close friend and manager, Bang Chigu, such that whenever he updates his IG with his “kulitan” posts with his friends, you can hear the virtual laughter from his now 9 million followers. Ji has the most infectious laugh. The other day, he posted a picture of his dog, Ggoma, showing another side of Ji.

Paraphrasing Ji in a TV interview a couple of years ago, he said he has adopted a childlike attitude to maintain a positive outlook in life, free of worries and stress.

This man-boy from Anyang City (20 km southwest of Seoul) just captures your heart, especially when he makes fun of himself, something not all stars of his stature and looks could pull off.

For all his talents, Ji cannot dance. At all. But fans love it even if those shoulder movements, with matching facial expressions, are really cringe-worthy. The lovely thing here is,  Ji laughs with you.

Ji’s fans credit his humility and level-headedness to his mother, who he obviously adores. “Mama’s boy” is a disparaging adjective, but I would think Ji would fully embrace this to honor his mother.

It’s been just the two of them since his father died of cancer when he was in elementary school, and since then, his mother worked herself to the bone for their family of two. She didn’t even want him to pursue acting, but Ji defied her. He mentions in interviews how they fought over it, and how much he regrets that he hurt her feelings.

This backstory alone makes you love this unbeatable tandem all the more. Now, his mother is—no doubt—his most ardent fan and supporter.

When Ji was discharged last April 27, I was there with friends (including my fellow journalists) at the military camp in Cheorwon province, a few kilometers from the Demilitarized Zone, to welcome him back.

To see him make that dramatic walk from a dark portion of an underpass near the camp’s gates to the sunshine where some 200 fans were gathered was simply exhilarating. Ji, wearing his Army beret, uniform and backpack, waved and smiled. Fans were screaming. I was doing a Facebook Live for the Filipino fans back home, I couldn’t make a sound, but I was screaming inside, too.

Two weeks after Ji’s discharge, I was back in Seoul for his “Late Spring, Early Night” fan meet to mark his comeback. I saw Ji’s mother in the audience, beaming with love and pride.

Now, fans are waiting for his new drama called “Melting Me Softly” that will be aired in September.

When my editor, Ma’am Thelma, called me to ask about Ji Chang Wook a couple of weeks ago, I had to sit down  in our living room to calm my nerves. I had an inkling what it was, and to all the Ji girls who have been asking me what I’ve known all this time, I apologize for not saying anything. I had a nondisclosure agreement with my boss, haha!

I am over the moon that she found him worth liking and following, too. Now I know Ma’am Thelma understands why Ji Chang Wook has become a strong presence in my life.

Ji always sings his “Healer” song, “I Will Protect You,” in his concerts and fan meets. Fans love to think he dedicates it to someone with the initials PMY, but I also guess this is his anthem to his fans.

He has another song called “101 Reasons Why I Love You,” from the soundtrack of his drama “Suspicious Partner.”

The first lines of the ballad go like this: “There are so many reasons why I like you/I’ll run out of breath if I list every one/ You can count up to 101 but it won’t end. But tonight I’ll sit you down and tell you all of them.”

This could very well be his fans’ message to Ji Chang Wook. When you come to the Philippines, Wookie, we’ll sit you down and tell you the 101 reasons we love you.—CONTRIBUTED