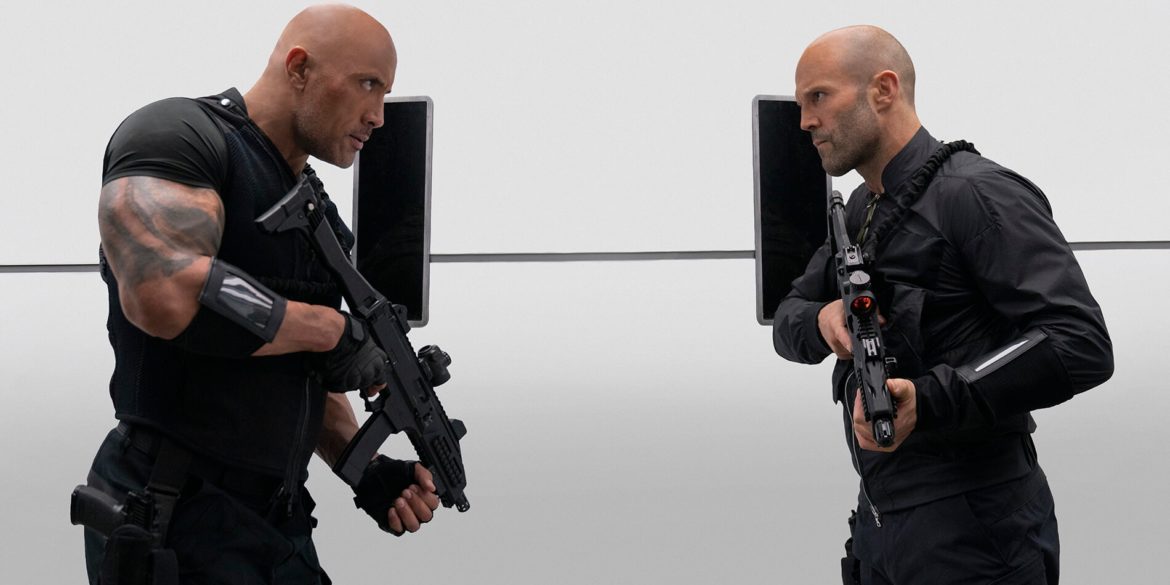 Idris Elba is the movie’s villain Brixton; going up against him are Luke Hobbs (Dwayne Johnson) and Deckard Shaw (Jason Statham)

Remember back in ye olde days of 2017 when the terrible eighth “Fast & Furious” came out and the best thing about it was the smoldering sexual chemistry between Dwayne Johnson and Jason Statham, who weren’t even the main characters? Well thankfully, Universal Studios picked up on that vibe felt by critics and audiences alike and fast-tracked this first spin-off from the Fast & Furious-verse: “Fast & Furious Presents: Hobbs & Shaw.”

Taking those two characters and giving them their own summer blockbuster to wreak havoc in is a good decision, and the proof’s in the pudding: this is a big, dumb cartoon of a movie, with a barely there plot and none of the self-serious posturing of the last few “Fast” movies. It is stupid and silly and here to have a good time.

The plot involves Yet Another Weaponized Killer Virus on the black market, intercepted by MI6 agent Hattie (a very welcome Vanessa Kirby), who in a move of desperation injects herself with the dormant virus to keep it out of evil hands. This is a plot point directly from “Mission: Impossible 2,” which is fitting since this movie seems to take its cues not from its parent franchise but from the “Mission” movies. They got “Fallout”’s Vanessa Kirby, after all. Branded a traitor, Hattie’s on the run and so two different agencies each get Hobbs (Dwayne Johnson) & Shaw (Jason Statham) to find her. Also on her trail is the aforementioned evil hands, Brixton, here played by reigning Sexiest Man Alive, Idris Elba. An inspired casting choice, as if somehow studio execs were worried this movie didn’t have enough beefcake and thought “Sexiest Man Alive ought to be enough beefcake!” A number of times points of credulity are strained to their breaking point, like why an agency would believe their agent has gone rogue just because the media says so, but never you mind! Do you think story matters here? Johnson and Statham are here to kick your head in!

Helmed by “John Wick” co-director David Leitch, it is replete with action scenes that make stuff go explode real good, though sadly the hand-to-hand combat scenes are a bit disappointing. Considering his background in fight choreography and as a stuntman, and his work in 2017’s “Atomic Blonde,” none of the fights are memorable until you get to the final showdown, which is a fun use of high-speed cameras and elastic facial expressions. It also has that thing where thousands upon thousands of rounds of ammunition are fired by the bad guys and none of them seem to find their mark. The film makes up for this with a nice car chase between a McLaren and Brixton’s super-sleek future-tech motorcycle, which almost runs away with the film as its most interesting character. One of the highlights is a hilariously ridiculous scene where Hobbs jumps out of a building towards escaping baddies, just aiming himself with gravity at them, in a scene Dwayne Johnson *himself* made fun of in “The Other Guys.” 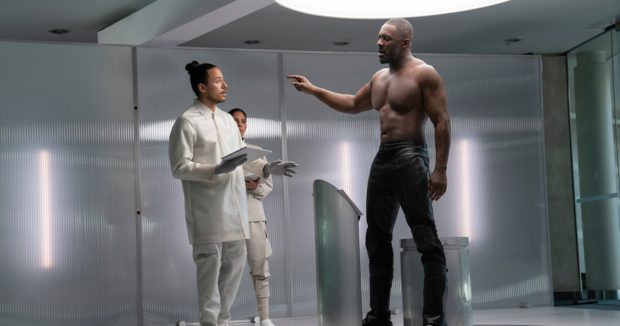 Coming straight from last year’s “Deadpool 2,” Leitch even recruits two actors from that film in comedy cameos (along with another actor) to amp up the yuks even if it’s not necessary. Eiza Gonzalez looks fantastic but is wasted in her one scene. There’s a ham-handed application of the “family” theme that “Fast” movies trade in, but at least they’re brief. Some of the dialogue is pretty funny, but they leave in some clunkers too.

“Hobbs & Shaw” is pretty much everything you expected and wanted from this type of movie. It’s junk food that tastes great but isn’t very healthy. It wouldn’t work without the charisma of its leads, and it knows it, which is why there’s so much more ease in the proceedings. It knows it’ll work just training a camera on those two.