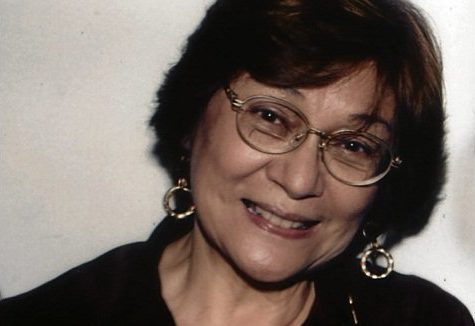 The first time I went to Dr. Higino Laureta for a medical reason, I already knew him. I had been friends with his wife, Nancy, and my husband at the time was a colleague and golf buddy of his. He was frugal with everything, including his time; he had no patience for ignorance and stupidity.

So, I had to brave it. I thought, in any case, that I had a condition that merited the attention of one of the nation’s most respected, no-nonsense, gastroenterologists. Besides, my husband would not have wanted me to see anyone else.

Not a minute to waste, I blurted, “I haven’t gone to the bathroom in three days. It’s never gone on this long.”

He closed his eyes and tried to suppress a smile. He quickly turned his swivel chair around, picked a book from a stack, and started leafing through. After finding the relevant page, he started reading out to me about a woman who had not moved her bowels for 365 days—and lived.

He closed the book and looked at me as if to say, “So, what’s the problem?” No wonder he was not impressed. But he took out his pad, and wrote some natural prescription all the same.

“You should be the master of your own bowels,” he said. “You should be able to tell them when and where to move, not the other way around.” He didn’t charge. I never worried about constipation again.

There were other visits for acid reflux, and gas, for which he said, “You know what to do for that!” I was so dense I still asked, “What?”

“Fart!” he shot back with a naughty grin.

Often in nonmedical conversations, he expressed his disgust for some of his fellowmen and spoke of his dream of getting away from the city and living on top of a hill with his Nancy for the rest of his life. He’d be part-time doctor and farmer. He was quite a competent carpenter, too. He got as far as buying the property, but Nancy had a stroke.

The next unforgettable visit, I was already a grandma and no longer married to his golf buddy. I brought my 89-year-old dad, who had a history of ulcers and a heart condition. He was also diagnosed with gall stones. Surely that was serious enough to see Gin. Dad had been an old patient of his.

Dad, who was giggling, clearly was not.

“Bring him when he’s in pain. Otherwise, take him home before he catches something else.”

Before we left, he began naming patients who had stones and lived many years, or eventually died of old age or something else, but never of their stones. Dad did die after a stroke, with his stones intact, at home, at 91.

Gin was his gruff self with all his patients, paying or non-paying. However, there’s no denying that, in my family alone, he saved many lives. When his Parkinsons became more debilitating, his sons moved him into the Makati Medical Center. Vergel and I, on our first visit, found him out of bed slowly walking about.

“Gin,” I said, knowing he had been forewarned about our visit, “are you showing off?”

He blinked slowly, “You really should write about what a racket this medical profession is.”

I laughed. He sounded like Dad, who thought obstetricians the biggest racketeers of them all, because women usually give birth by themselves with little help from anybody. Gin went on to reveal his theory which explained his attitude toward patients: 80 percent of patients will get well on their own, 10 percent will be made better by doctors, and 10 percent will die no matter what.

A few weeks later, Charlie, his firstborn and a nuptial godchild of mine, called. Gin had fallen while walking to the bathroom and broke a hip. He refused treatment. Vergel and I saw him again; he was bedridden, with a stomach peg.

“So, how’s the business of dying going?”

That day Vergel and I stayed a bit longer. He was more talkative, but I could hardly understand him since I’m a little deaf. Before going, I touched his cheek and told him God loved him whether he believed in Him or not. I warned him, “You’ll go when Nancy’s ready to see you again.”

The moment came when Gin and Charlie, who were each other’s enigma and challenge through a good part of their lives, finally made peace with themselves and each other.

Not every son reacts to a father like Gin as did Jake, our family dentist, the younger of the two only siblings. Jake is masculine version of his mom in looks and temperament. His terror of his father, intensified by images of him tearing a ringing phone off the wall with his bare hands and of others on the same order, made him do everything as he felt he was expected to.

Before leaving on this last visit, I stroked Gin’s hair and kissed him on his wide forehead, something I never dared do before. At that moment, more than ever I, too, wanted him to go.

On his 86th birthday, last June 17, he announced he wanted to eat his pancit and cake normally—through his mouth. He ordered the removal of his peg and watched the procedure in the mirror. He sat on a chair and ate his birthday fare with family, doctors, nurses and visitors. It took longer than he’d have wanted, but on July 20, seven years after Nancy left, and five days after he himself pulled out his stomach peg, Dr. Higino Laureta finally got his wish.

Listening to the eulogies at a Mass for him at the Ledesma Hall of Makati Medical Center, I realized even more that Gin was, as everyone who knew him, not the usual man. And the one outstanding thing about him was that he was a man who never compromised. Gin, once a Ten Outstanding Young Man awardee, paid his correct taxes, said someone who obviously thought it not so normal. To a fault, he was honest and forthright with patients.

He was a faithful and devoted husband, too—I didn’t say loving, because Gin might have his own idea of that. He was a good provider but demanding father—again, I didn’t say affectionate—and a true friend— I didn’t say, amiable. Such as he was I was very fond of him, and I like to believe Charlie when he said the feeling was mutual.

What could have motivated Gin to be so morally upright and earn the respect of all who knew him, without believing in God or heaven? He did everything right, I guess, simply because for him, there was no other way.