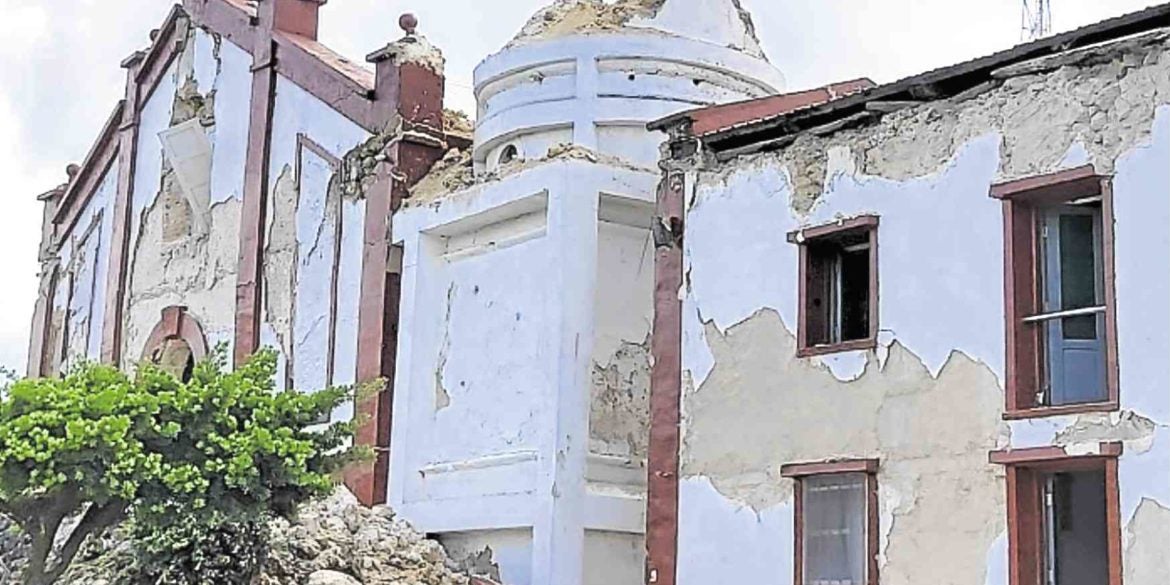 Still reeling from three moderate but destructive earthquakes which struck in just a day, the island-province of Batanes is definitely going to bounce back, rebuilding both lives and structures damaged by the tremors.

Discovered in the 18th century and evangelized by the intrepid Dominican missionaries, Batanes is the northernmost province of the Philippines and home to the Ivatan ethnic group that are believed among the nation’s earliest inhabitants.

Batanes is also one of 19 sites in the country listed in the United Nations Educational, Scientific and Cultural Organization (Unesco) World Heritage Tentative List. It is listed as “Batanes Protected Landscapes and Seascapes.”

In fact, it is the oldest from the Philippines on the Tentative List, having been nominated in 1993 under the category of “cultural site.”

Unesco notes, “The site is the only area in the Philippines where traditional architecture is of stone in response to the wind and monsoon stresses rather than of the more typical, tropical, impermanent materials (wood, bamboo, thatch) commonly used in village architecture.”

Unesco further notes that the culture of the Ivatan people has largely remained intact and well-preserved.

Unesco also notes Batanes “is one of the last remaining areas in the Philippines having unique natural physiographic features (wave-cut cliffs, cave-like outcrops, secluded white sand beaches) resulting from its position where strong winds and fast currents have etched out its distinct morphology.”

But experts say its Tentative List status may no longer prosper due to the damages it suffered from the recent quakes. As a result of the temblors, a number of stone houses and the 19th century church of Itbayat town were either damaged or destroyed.

The nomination dossier of Batanes has not moved for a long time and it is still uncertain whether it will be nominated either as a natural, cultural or mix site, said heritage expert Eric Zerrudo of the University of Santo Tomas.

Zerrudo, a former commissioner of the Unesco National Commission of the Philippines (Unacom), said the province could either be nominated as a cultural or a mix site, but its integrity and authenticity might have been affected by the damage from the quakes.

Unacom secretary general Lila Ramos-Shahani agreed more or less.
“The Outstanding Universal Value (OUV) of the site, a standard Unesco requirement, will have to be revalidated to determine whether or not whether the damage wrought by the earthquake will affect its status,” she said.

Shahani added that “since each Unesco dossier has to be proponent-driven (i.e., local communities), Unacom— along with national government agencies—is currently in the process of reviewing the Tentative List with various stakeholders, especially local government units.”

She likewise lamented that the “personalities” who had actively pursued the Batanes nomination were now gone— the great Ivatan scholar Dr. Florentino Hornedo and Rep. Dina Abad, who passed away in 2015 and 2017, respectively.

“We look forward to hearing from the next champion about their concerns and ways forward,” she said.

Meanwhile, National Historical Commission of the Philippines (NHCP) chair Rene Escalante said his agency had discussed the Batanes issue, but “we cannot move since we do not have budget for them (repair of Itbayat Church and old stone houses).”

Escalante said NHCP was still waiting word if Malacañang would give funds for the rehabilitation of the affected heritage sites.—CONTRIBUTED