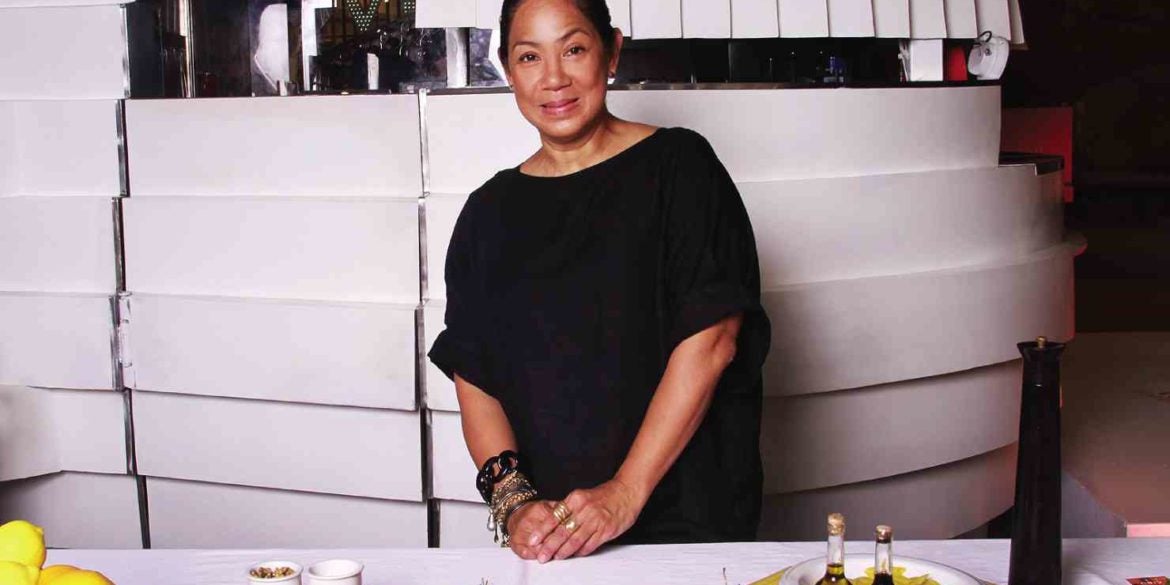 Margarita Forés with some of Cibo’s popular dishes. —Nelson Matawaran

Despite competition in the food business and changing preferences of the millennial market, Cibo, the homegrown Italian casual-dining chain, is enjoying robust growth. This year it opens five more outlets and offers a reward—an all-
expense paid trip to Rome.

At the launch of the “P22 Dining Seat Sale” and “Fly to Rome” promo, the Cibo Uptown Mall branch simulated an in-flight dining experience. Tables were arranged to suggest aisles on an airplane. Waiters, dressed in purser jackets, served food on trays. Dessert was a new homemade gelato.

Chef-owner Margarita Forés announced the promo offer—customers can buy a Gift Card for a meal worth P599. Cardholders are entitled to one raffle entry and can avail of the 10 selected dishes at P22 each. A P2,000 dine-in receipt also gives the customer a raffle ticket.

“It’s like a seat sale,” said Forés. The prizes are two premium economy tickets to Rome on Cibo’s partner airline, Cathay Pacific, five nights at Westin Excelsior, and a travel allowance of P50,000.

Forés will handle the itinerary, book the winners at her favorite restaurants, and share a meal with them. She has an emotional connection with Rome as it was the first Italian city she visited at age 11.

The P22 dishes that are part of the promo were inspired by Italy’s diverse regional cuisine, she said. The Pizza Cinque Formaggi (five-cheese pizza) is an homage to the cheeses in Piemonte, Northern Italy, while the Pizza Margherita honors Naples, where pizza originated.

“Cibo’s menu is representative of the entire Italy. We hope that when guests come to our restaurants, they feel like they are in Italy,” said Forés.

At the launch, Italian ambassador Giorgio Guglielmino said in jest that there are two Italian envoys. He cited Forés’ work in representing Italy through Cibo’s authentic food.

“Margarita has a 360-degree view of Italian cuisine,” Guglielmino said.

Cibo branches are set to open at Ayala on the 30th in Pasig, Ayala Mall Aseana
Bayside Parañaque, Evia Mall Las Piñas , and Vertis North Quezon City. By yearend, it will open its first provincial outlet at Ayala Central in Forés’ hometown of Bacolod. —CONTRIBUTED