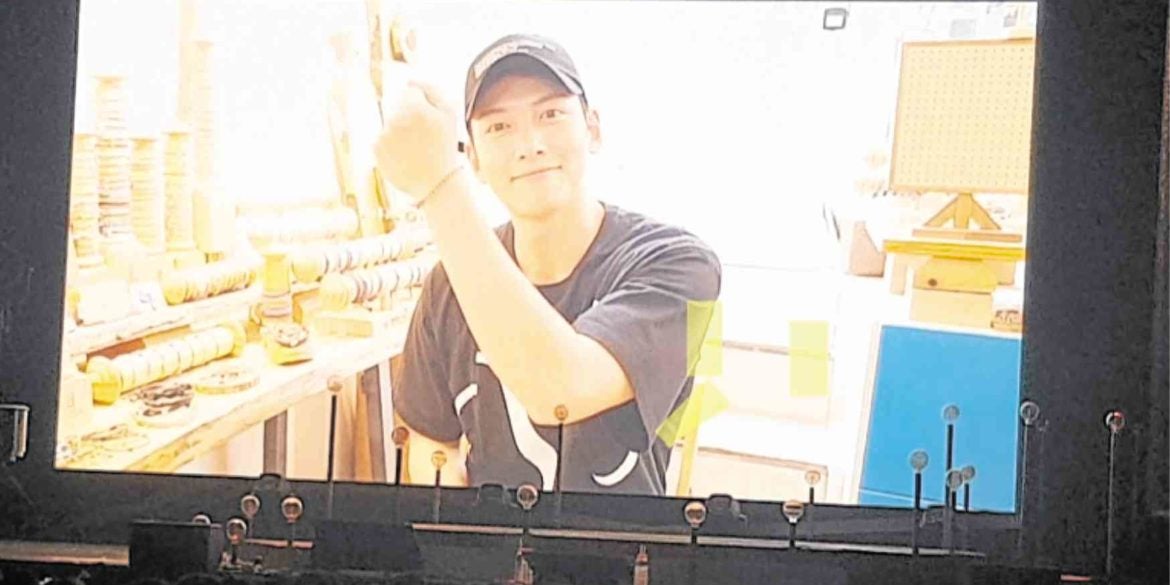 When you get a keepsake from your favorite person, what do you do with it?

I keep mine in a frame: a friendship bracelet from South Korean actor Ji Chang Wook, the exact same one he wears on his right wrist—and which he gave to more than a thousand fans who watched his fan meet, “Late Spring, Early Night,” in Seoul last May. I was one of them.

I went to Korea twice last summer, the trips just two weeks apart, just for Ji. It was, by far, the most incredible thing I have done since discovering the joys of fangirling.

I vowed to wear the bracelet only on special occasions. I’m so clumsy, I’m afraid I’ll lose the bracelet if I wear it all the time. I kept even the little plastic envelope that held it. Ji’s fingerprints are on it because he himself gave the bracelets to us one by one after his sold-out show at the Blue Square iMarket Hall in Yongsan-gu. 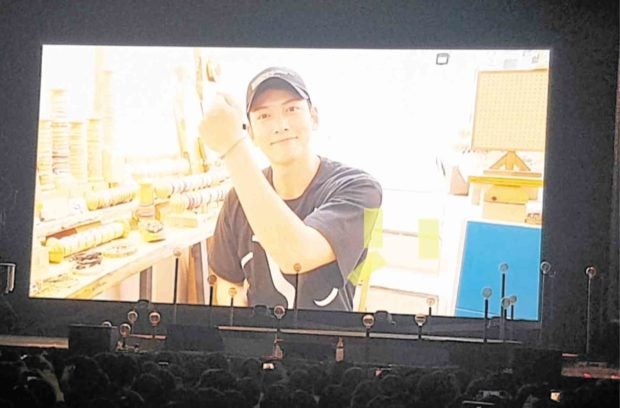 Almost three months since the event, I’m still in awe of how starstruck I was when I saw Ji up close. It was the sixth time I’ve seen him in person: twice onstage for the Army musical; twice when he was on his way to the Busan Cultural Center where the musical was held, though he was wearing a face mask (these still count, right?); at his military discharge; and at the fan meet. But the closest I got to him was when he handed me the bracelet—and I couldn’t even remember the details of that moment because everything was a blur.

But as I waited my turn, I saw how Ji looked everyone else in the eye while he gave the packet with the bracelet in it, saying “Gamsahamnida!” with a smile. He said “Thank you.” Ji’s fans know it meant he was grateful to each one for staying loyal to him even while he was in the military for 20 months for his mandatory service.

It was a long time to be out of the limelight, especially for celebrities like Ji, one of South Korea’s most popular and bankable stars. That was a long wait for Ji’s fans, even if they had the chance to see him onstage for “Shinheung Military Academy,” the Army musical, which ran for more than six months.

The South Korean government requires all able-bodied men from 18-35 to undergo compulsory military service for at least two years. While the Korean wave continues its dominance worldwide, the country still grapples with decades-long national security concerns, with the continuing threat posed by North Korea.

Conscription in general, and exemptions in particular, are hot topics of debate in South Korea, especially with members of Korean boy group and global sensation BTS nearing the maximum age of enlistment. There are exemptions to the rule, and they do not include singers and actors. Often, you will hear celebrities say it is their duty to their country to serve in the military.

Ji hit the ground running after his military service. His fan meet May 19 was the most important of all his comeback activities, because it was where he interacted with fans and performed for them again. Ji sang about seven songs, all beautifully selected, not just to show his vocal prowess but also to send his message of love to his fans.

I did wish I gave more time to my Korean language lessons because Ji’s spiels and banter with his fans sounded really fun. I wanted to understand why they laughed, what he said, what his jokes were. The small venue made the show an intimate gathering that gave all of us the feeling that we were old friends meeting for the first time after a while, and Ji was that friend who steered the conversation—“bangka,” to use a colloquial term.

There was a genuine connection between celebrity and fans. Perhaps it’s because, in the first place, Ji never acted like the huge star that he is.

Ji hasn’t removed the bracelet since May, as evidenced by the photos and videos of him taken after the fan meet. He likes wearing bracelets.

My friends and I learned that there were fans who had gone to the specialty store in Gangnam-gu where Ji ordered the friendship bracelets. One of us, Ledie, was headed back to Korea for an EXO concert, and so we asked her to get us more bracelets. I wanted another I can wear every day.

Ledie met the shop owner, the gracious Ms Choi, who told her that fans had indeed gone to her store and looked for the bracelet. So far, Ji’s fans have bought 500 bracelets, she said.

At the fan meet, we watched a video of Ji in the store. There he was, smiling and concentrating as he tried to make a rope bracelet.

“He was sloppy at first, but he was good,” Ms Choi told Ledie. Ms Choi preserved the bracelet Ji made in a frame, with his autograph, where he wrote “seonsaengnim” (Korean for teacher) and wished her good health always.

According to Ms Choi, Ji chose the colors red, white and purple (which some fans, including myself, thought was black). Red stands for wealth, white for eternity or purity, and purple for nobility.

How do we take care of the bracelet so that the colors will not fade? Ms Choi told Ledie: “We pursue what is natural (in reference to the materials). Ji Chang Wook knows. It’s the same as the clothes. Wash well and dry well. It’s okay even if it’s old. That’s part of us. Let’s not just like the new one.”

Ms Choi said that when Ji went to her store, he had told her that “he’d only deliver the bracelets to his fans.”

And that’s what the bracelet means: Ji wanted something tangible he could share with his fans alone, wherever he is, wherever they are. A way to remind each other of one another.

I lent the bracelet to my editor, Thelma San Juan, when she interviewed Ji Chang Wook in Seoul, as he was the latest endorser of local lifestyle brand Bench’s So In Love eau de toilette, a women’s fragrance with an oriental floral touch, Sure Blue eau de toilette, and Live Life with Flavor eau de toilette.

Ma’am Thelma showed Ji the bracelet and told him it was from his fan. He laughed and said something in Korean.

We don’t know what he said that afternoon. But we do know what he wrote in the note to his fans that he gave along with the bracelets. My Korean friend and fellow Ji fan, Ilona, told me it read:
“You who are always waiting for me are precious and loved by me. I wish to spend with you every moment. From, Chang Wook.”—CONTRIBUTED