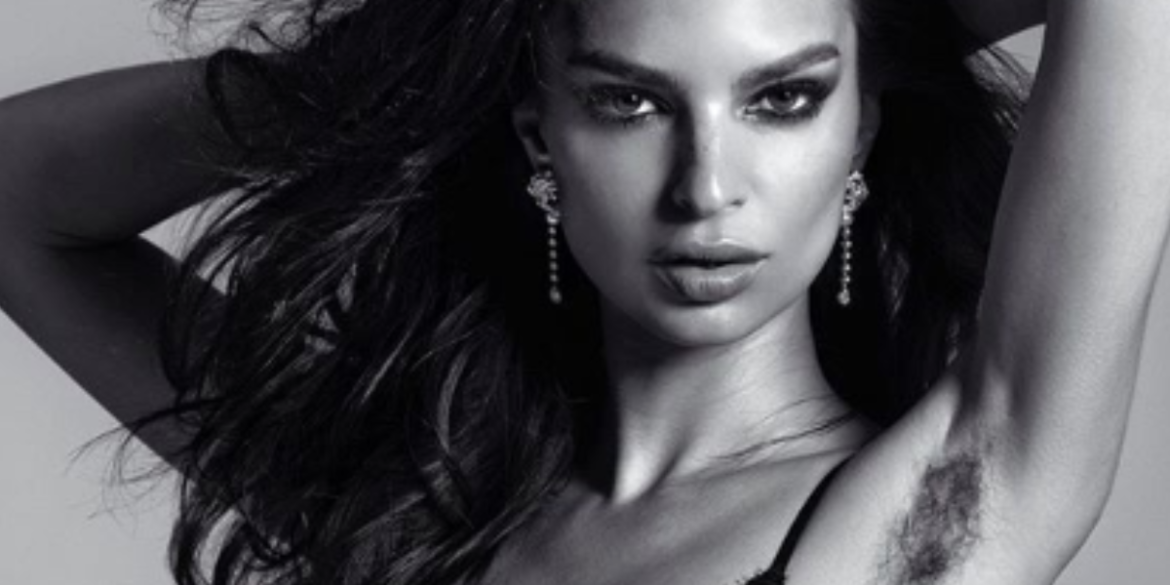 Model Emily Ratajkowski dared to bare her armpit hair, as well as her thoughts on sexuality and feminism in a Harper’s Bazaar editorial on Thursday, Aug. 8.

Ratajkowski penned an essay on how feminism is about choice, and that included the choice of growing her body hair or not. “For me, body hair is another opportunity for women to exercise their ability to choose—a choice based on how they want to feel and their associations with having or not having body hair,” she said.

“On any given day, I tend to like to shave, but sometimes letting my body hair grow out is what makes me feel sexy,” she wrote. “As long as the decision is my choice, then it’s the right choice.”

She also shared how others told her that expressing her sexuality or femininity could make others take her less seriously. “As a culture we are scared of women generally, but also, more specifically, of the innate power that female sexuality possesses,” she noted.

“A woman becomes too powerful and thus threatening when she takes strength from embracing her sex. Therefore we insist on shaming; we insist that a woman loses something when she flaunts or embraces her sexuality.”

Ratajkowski recalled that during a protest, she was noticed more for her lack of a bra rather than the fact that she was speaking up on her political views. She wrote, “Why, as a culture, do we insist on separating smart and serious from sexy?”

However, she has continued to embrace her sexuality—a scan of her Instagram reveals pictures of her in skin-baring outfits—because “it feels good to me.”

“Still, despite all the uncomfortable remarks and warnings, being ‘sexy’ and occasionally hyper feminine grew into something that felt like strength to me,” she explained.

She urged: “Give women the opportunity to be whatever they want and as multifaceted as they can be. Preconceptions be damned.” Niña V. Guno /ra