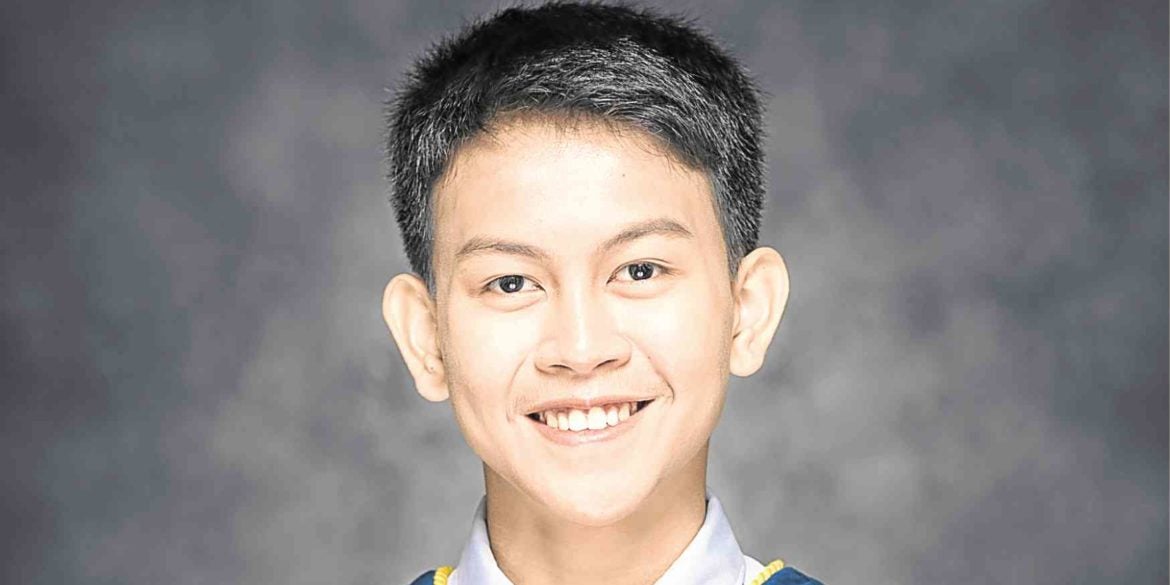 He would gaze at the clear farmland skies, and the stars would answer. This dialogue would continue for the rest of his young life

What did I have to lose?” was Aldrean Alogon’s answer when asked why he decided to apply for Wesleyan University’s prestigious Freeman Asian Scholarship.

He remembered the bus ride home when he received the joyful news of his selection as finalist. He could barely contain himself: “Something impossible was becoming a little bit more possible.”

In his mind, he had nothing to lose and the world to gain: a full tuition scholarship, one of only 11 awarded annually, and over $300,000 to attend one of America’s premier institutions of higher learning.

But let’s not get ahead of ourselves. We know how this story ends. He gets the scholarship.

Beyond the personal achievements and accolades (there are many) is the process and mindset that got Aldrean from point A to point B. It’s a story of expanding horizons, having the courage to dream, and of never forgetting your roots.

It’s a story worth hearing.

Aldrean Paul Elvira Alogon grew up in Sigma, Capiz, in Western Visayas. His father, Alner, is a farmer. His mother, Erna, who died in 2015, was an elementary school principal.

Aldrean’s childhood years reflected the clear influence of his parents’ occupations. Free time was spent playing on the farm with friends. Aldrean regarded bahay-bahayan, tumbang preso, and swimming in the river as some of his fondest memories.

“Just remembering them now makes me want to be transported back again.”

When playmates would leave for their homes, and the earth was silent, Aldrean would often turn his gaze upward. He would beckon at the clear farmland skies, and the stars would answer. This dialogue would continue for much of his childhood.

When he was old enough, he began to visit his mother’s office and immerse himself in the stack of donated books. A science encyclopedia with Jupiter and the stars on its cover became an instant favorite.

As Aldrean continued to read, he began to dream. It was at this point that his dialogue with the cosmos became a love affair. He wanted to become a scientist.

Aldrean recalled his time at Sigma Elementary School as one of immense happiness and productivity. He would often represent the school in science competitions at the provincial level and win. He graduated as class valedictorian.

Above all, the school opened up a world beyond his immediate surroundings.

He represented the school and competed not only at the provincial level but also at the regional level. That was when Aldrean realized he was, in his own words, “so-so.”

Rather than be disheartened or intimidated by his now broadened horizon, he chose to expand with it.

Aldrean’s mother was the first in her family to have a professional career. Because of this, as he put it, “My community would regard us as rich.”

In high school, however, “the image that I thought I was rich went down the drain.”

Away from home, Aldrean’s roots truly began to inform his personal identity and worldview.

Running for the student government (and winning) in his senior year, he began his rally speech with the proud exclamation: “I am a farmer boy!”

Aldrean’s greatest source of learning and adventure in high school was the opportunity to compete internationally. He represented the Philippines in the International Olympiad on Astronomy and Astrophysics— twice.

The first was in 2016 in Bhubaneswar, India. “I can still remember how I leapt, literally, for joy because I was going out of the country virtually for free,” he said.

But the Philippine team lost. The other countries’ superior training, equipment, and instruction proved difficult to match. “They had trained in observatories with state-of-the-art telescopes,” recalled Aldrean. “We had only ourselves, our coach, and the internet to help us.”

The following year, in Phuket, Thailand, Aldrean and his teammates embarked on their second attempt—better trained and more hopeful.

“We lost again, but more than all the intellectual learnings, I learned the realities of the world.”

The international sphere had exposed him to alternative ways of thought, life and governance.

Aldrean’s most recent project was one very close to his heart: a family planning and urban gardening seminar for indigent mothers in the Pantawid Pamilyang Pilipino Program (4Ps). “I was the group leader and suggested the project because of my experiences in my hometown.”

While astronomy remains his foremost passion, Aldrean’s journey has sparked a desire to serve his community in domains outside of science—in economics and politics.

He spoke of scientists at the International Space Station who look back at the Earth and see nothing more than the inconsequential politics of a tiny blue dot. Such a sentiment is one Aldrean disagrees with deeply.

The more time one spends gazing upward, the greater the temptation to imagine oneself looking down from above, hoping to see a better world.

But Aldrean does not simply want to look and to hope. He wants to be there, and he wants to build.

It is this eclectic combination of science, government and community service that drew Aldrean to Wesleyan University in Connecticut.

Wesleyan ranks first among liberal arts colleges in federal funding for undergraduate science research (according to the National Science Foundation) and has a strong tradition of social and political activism.

Aldrean will be enrolling as the Class of 2023 Freeman Asian Scholar from the Philippines, a program designed to aid its beneficiaries in becoming leaders in their countries.

He will take up residence at the Nicholson Dorm, a stone’s throw from Wesleyan’s Van Vleck Observatory.

In his storied voyage, the horizon that has expanded the most for Aldrean is his sense of community. When he was growing up, it was his family—and they remain at the core. In elementary, it was his neighbors. In high school, it was the Philippines.

But now, his community in Wesleyan encompasses much more.

As we wrapped up our video call, Aldrean’s niece climbed on his lap and asked him to play. At that moment, his face lit up with the same dedication and enthusiasm as when he was speaking about his individual passions and his dreams for the country.

It is perhaps a comfort and an inspiration to know that no matter what heights this rising star shall reach, his feet remain planted firmly on the ground. —CONTRIBUTED

The author is an undergraduate at Wesleyan University, Connecticut, USA, studying world literature and philosophy.