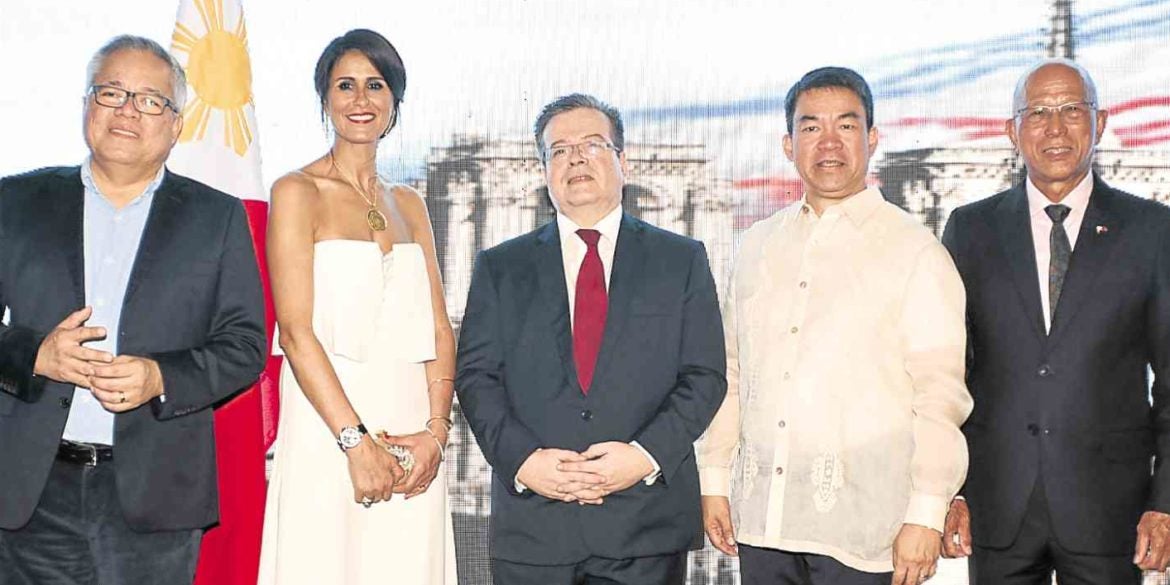 Celebrating everything French for Bastille Day 2019

France recently celebrated the 230th anniversary of its independence, also called as La Fête Nationale. This auspicious event commemorates the storming of the Bastille on July 14, 1789, and the unity of the French people during the French Revolution or the Fête de la Fédération on 1790.

The French Embassy invited representatives of the Philippine government, diplomatic and consular corps, French nationals, and friends of the embassy to a reception commemorating French National Day.

All smiles, France Ambassador Nicolas Galey and his wife, Camelia Galey, welcomed guests at the celebration.

Guests enjoyed a night filled with French culture and tradition, from their cuisine to musical performances.

In his speech, Ambassador Galey looked back on the strong bond between France and the Philippines.

“I’d like to emphasize the importance of our cultural cooperation with the Philippines, with many successful cultural events in Manila and several cities of the country, most recently the Fête de la Musique and the French Film Festival. The growing number people attending these events each year encourages us, in the capital and in the rest of the Philippines, to continue these actions that bring our two countries closer together,” Galey said.

He also highlighted the strong bilateral cooperation of the two countries in the sectors of defense, tourism, the environment and economic exchange, which was further reinforced with the holding of the Joint Economic Committee in the presence of French Deputy Foreign Minister Jean-Baptiste Lemoyne in Manila, with a delegation of 20 French companies.—CONTRIBUTED