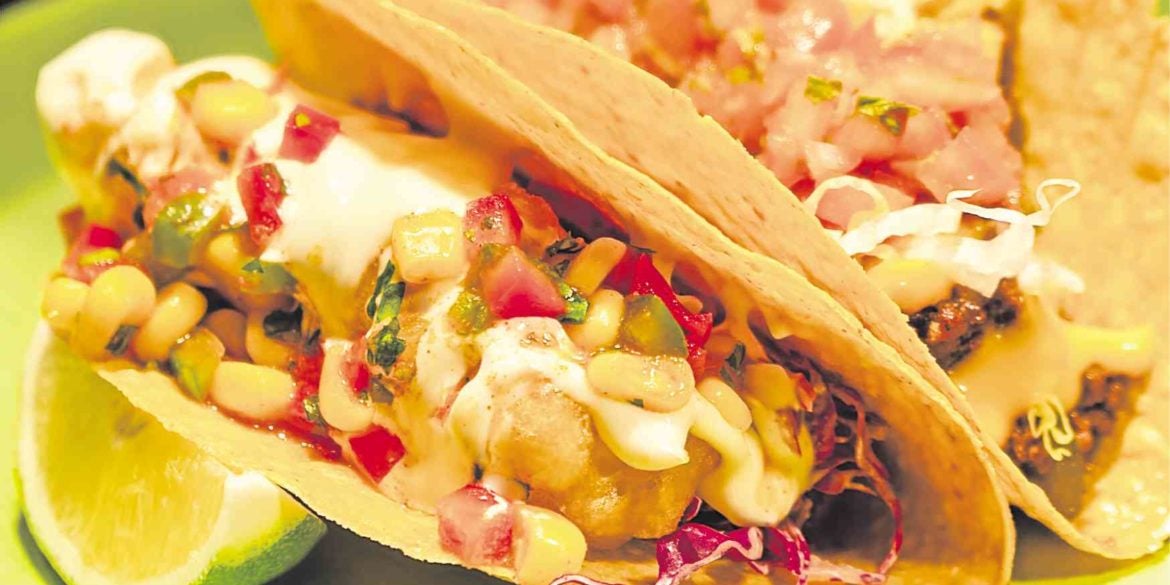 I bet you’ll call me loco if I say that you can feast on authentic tacos at Solaire for P100 apiece. But, in fact, the popular integrated resort’s “Taco Tuesdays” promo gives you the real deal—eat genuine taco for that price.

Taco Tuesday is a popular tradition in the United States. Searching for its origin on the internet won’t yield significant results. It’s just a habit: Americans usually eat tacos on Tuesdays. And most of the time, they do so because of tempting deals offered by restaurants.

As the Philippines becomes more and more of a melting pot, Solaire Resort and Casino’s Waterside brings the Taco Tuesday habit to Metro Manila—offering its own sweet deals and fresh take on the traditional Mexican dish.

Waterside, which serves Latin-inspired cuisine, presents a special menu every Tuesday showcasing eight tacos, for P100 each, and cocktails at 50-percent off. Half of the tacos are in hard shell while the other half are in soft shell.

The hard-shell quartet consists of the Cilantro Lime Beef (the famous recipe which most of us are accustomed to); Cauliflower Al Pastor (this writer’s personal favorite); Baja Fish (a tangy-salty and texture-heavy symphony for fish lovers); and Chicken Enchilada (slow-cooked chicken glazed with an enchilada sauce that packs a kick).

These can be paired with three Mai Tai cocktail offerings (Caribbean, Trader Vic and Coco Nut) for a truly Mexican experience.

Chef de cuisine Hylton Le Roux said he traveled to Mexico himself to research on how to tweak some of the dishes at Waterside.

Le Roux’s trip inspired him to come up with fresh ideas for the taco menu. The Huanchos Rancheros and the Cauliflower al Pastor are two creations influenced by his excursion.

“In Mexico, they have a breakfast called huevos rancheros,” he said. “This is composed of eggs, beans and salsa, and tacos on the side. ‘Why can’t we put that inside a taco?’”

For the Caulifower al Pastor, he drew inspiration from a meat-heavy dish called Al

Pastor Taco. “Al pastor tacos are meat cooked like a kabab/ shawarma,” Le Roux said. “We needed to add a vegetarian item on the menu. We played around with cauliflower for a bit, marinated it and put it in a char grill. It worked.”

He added: “The key thing to a taco is the tortilla. The tortillas, along with other ingredients we use, are flown in from Mexico.” —CONTRIBUTED