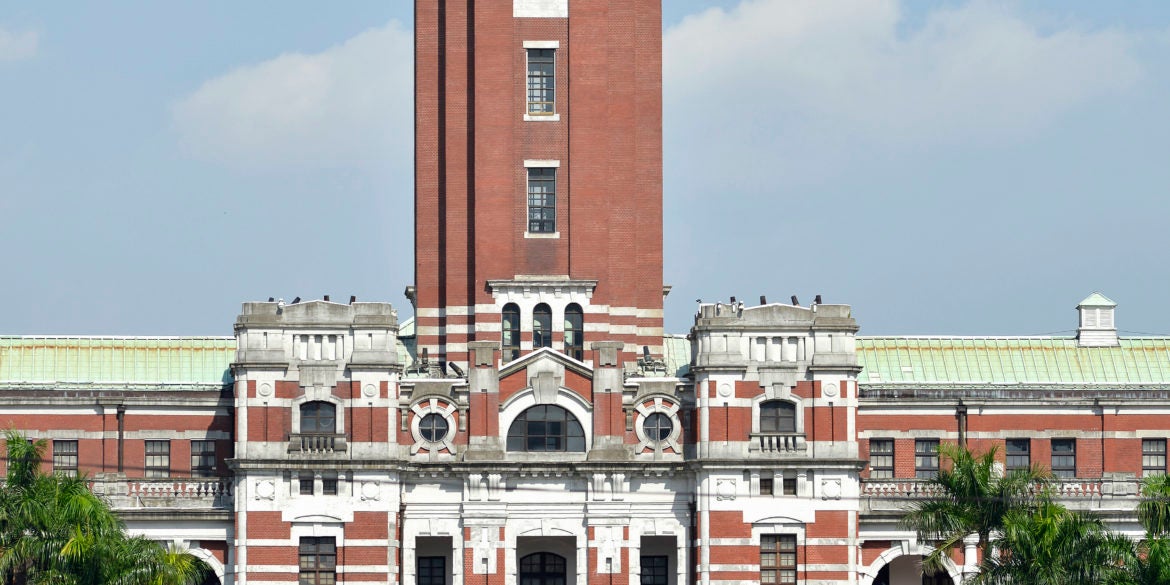 Vehicles commute before Taiwan's Presidential Office, built during the Japanese occupation between 1895 to 1945, in Taipei on July 7, 2018. (Photo by Chris STOWERS / AFP)

Fancy spending the night in a presidential office?

The unique accommodation is up for grabs in Taiwan, where authorities are rolling out the red carpet for visitors after the island’s tourism industry was hit by a Chinese ban on solo travellers.

“I invite you to visit Taiwan and experience the warmth and hospitality of the people here,” President Tsai Ing-wen said in an English video.

“And while you are here, why don’t you be my guest and spend the night at this presidential office building?”

Up to 20 international tourists will be picked to bed down in the 100-year-old Taipei landmark — free of charge.

An invite to the daily flag-raising ceremony is also to be had, if travellers can brave the 5:30 am start time.

“This programme is the first of its kind in the world and our goal is to show Taiwan’s freedom, democracy and openness,” said presidential spokesman Xavier Chang.

The initiative comes weeks after China announced the suspension of individual travel permits to the island in a move that could hurt its economy.

Taiwan has experienced a sharp drop in mainland tourists since Tsai took office three years ago, and her Democratic Progressive Party (DPP) has accused Beijing of using visitors “as a weapon” to threaten her government.

Beijing still claims the self-ruling, democratic island as part of its territory awaiting reunification, by force if necessary.

The DPP refuses to recognise the idea that Taiwan is part of “one China”.

Applicants for the programme need to be aged 20 or older, a non-Taiwan citizen and submit their travel plans and a “creative video”. The accommodation is expected to be available from October.

Cover image: Vehicles commute before Taiwan’s Presidential Office, built during the Japanese occupation between 1895 to 1945, in Taipei on July 7, 2018. (Photo by Chris STOWERS / AFP)