‘Macbeth’ is a bit of ‘Game of Thrones,’ and ‘A Midsummer Night’s Dream’ is like a naughty sitcom | Inquirer Lifestyle ❮ ❯ 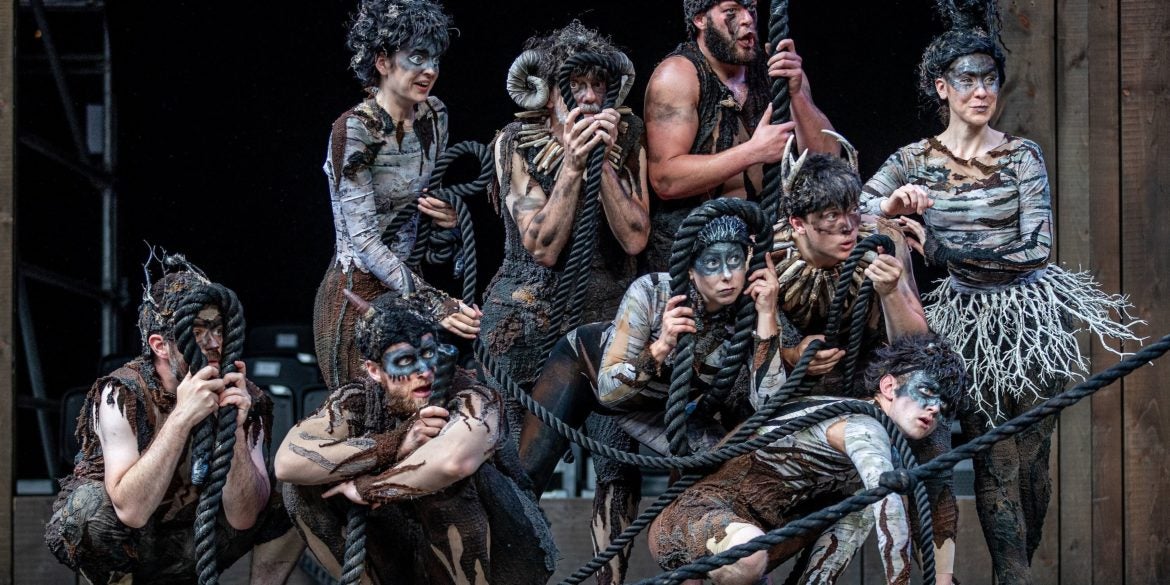 The fairies of “A Midsummer Night’s Dream”

‘Macbeth’ is a bit of ‘Game of Thrones,’ and ‘A Midsummer Night’s Dream’ is like a naughty sitcom

These Shakespeare plays are the most popular, says producer James Cundall who’s mounting them at Solaire

Almost 20 years ago, on a flight from London to Bangkok, he ran into Brian May—yes, the lead guitarist of Queen. “It was a chance encounter… When I introduced myself,” Cundall recalled, “he picked up on my surname and said, ‘You have a very interesting ancestor.’”

May was talking about Henry Condell, one of two editors who published the First Folio, the collection of Shakespeare plays published in 1623, seven years after The Bard’s death.

Condell worked with John Heminges on the book, which put together 36 of Shakespeare’s plays, preserving them for generations of theater and literature lovers.

Condell was a friend of Shakespeare. They acted together in the playing company King’s Men, which Shakespeare wrote for, and they were also shareholders of the Blackfriars and Globe theaters.

“I was fascinated and delighted!” said Cundall, who discovered that Cundall and Condell are just different spellings of the same surname.

Years later, Cundall continued his ancestor’s legacy of bringing Shakespeare to the people by founding Shakespeare’s Rose Theatre. The award-winning pop-up theater opened in York in 2018 and at Blenheim Palace this year.

“In 2018, when we were preparing for the very first opening of Shakespeare’s Rose Theatre in York, I had the opportunity to handle one of the few copies in the UK of the First Folio at the Craven Museum in Yorkshire,” said Cundall. “To be allowed to touch a First Folio that would have been handled by my ancestor was both humbling and an immense privilege.”

Cundall has been a longtime fan of Shakespeare. He added, “Shakespeare was also a superb and witty storyteller. I love his observations on life, on all aspects of mankind. So little has altered over 400 years or so–humans are much the same today! He also had a wicked sense of humor!”

His love of Shakespeare is something Cundall wants to share with Filipinos. Shakespeare’s Rose Theatre is headed to Manila next month to stage “Macbeth” and “A Midsummer Night’s Dream” at The Theatre at Solaire.

For years, through his company Lunchbox Theatrical Productions, Cundall has been mounting world-class shows in the Philippines including “The Phantom of the Opera,” “Wicked,” “Cats” and “Mamma Mia!” And he thinks Manila is ready for a dose of Shakespeare.

He said, “Watching ‘Macbeth’ and ‘A Midsummer Night’s Dream’ last summer in York, I realized that we had two outstanding productions of two of Shakespeare’s most popular plays, and I thought it would be good to extend their life and bring them to new appreciative audiences.

“Having brought productions to the Philippines for many years now, I knew that Manila is a sophisticated market for top-quality theater productions and that audiences would love these two Shakespeare plays.”

The cast and creatives will fly here after their Blenheim Palace season ends. Their Manila season is currently their only one outside of the United Kingdom. Cundall said, “I hope it will become an annual event, and I look forward to taking Shakespeare’s Rose Theatre productions to other parts of Asia, too.”

For people daunted by the idea of watching the shows, Cundall said, “‘Macbeth’ is a bit ‘Game of Thrones,’ and ‘A Midsummer Night’s Dream’ is like a naughty sitcom! These two plays are the most popular and the most approachable. There is great storytelling—‘Macbeth’ is full of drama, while ‘A Midsummer Night’s Dream’ is a wonderful introduction to Shakespeare and is just plain laugh-out-loud fun.

“These plays were exceedingly well-reviewed by the UK press when they opened in York in 2018 and again this summer at Blenheim Palace, and both are proving to be audience favorites.”

Shakespeare’s Rose Theatre provides an immersive experience for audiences, something it intends to replicate in Solaire as well. “We will be using both the auditorium and the foyer where possible in the same way, to bring the drama closer to the audience at times during the play,” said Cundall.

Shakespeare’s Rose Theatre artistic designer Sara Perks said, “I think that once the audience are seated and the first drum begins, the sense of immersion and occasion will cast its spell. Our cast members are consummate in their verse-speaking and in connecting with the audience, and we pride ourselves on visual spectacle within the shows.

“From a blood-soaked army and vicious stage fights to athletic and balletic fairies on silks—there is plenty to engage here.”

Perks loves the timelessness of Shakespeare. “The stories and characters are so robust that whatever each era throws at them—whatever madcap or brilliant interpretation we choose to do, the strength of the writing will always rise to the top. It is what makes the plays survive and continue to be performed worldwide,” she said.

In York and Blenheim Palace, the shows are staged in a 13-sided Elizabethan theater which was based on the Rose, a playhouse that staged Shakespeare’s early works in London, some years before the legendary Globe was built.

“This means our stage set and stage facade is approximately half of this—it is a semi-hexagon shape,” said Perks.

The challenge is to make sure the staging works in Solaire. “What I am currently working on is how to sit this shape comfortably into your proscenium arch theater but still retain as much intimacy and clear sight lines with the Manila audience as possible,” she told Lifestyle. “My initial plans are looking good. We are having a new set built in Manila, so this really feels like a collaboration.”

They are flying in all their costumes, swords and daggers and, yes, liters and liters of stage blood. “These designs took a huge amount of planning and effort to realize… Every time I revisit the shows, I am extremely proud of our costume teams that worked so hard in putting them together,” said Perks.

Shakespeare is an experience

Shakespeare is not new to Filipinos—his work is part of the country’s high school and college curricula.

Actor and stage director Jaime del Mundo, who recently facilitated a workshop at Lunchbox’s Shakespeare Boot Camp at Solaire, said he first fell in love with Shakespeare as a 12- or 13-year-old. Since then he’s performed in and directed multiple productions of Shakespeare, including “Hamlet” and “Macbeth” with Bart Guingona and the company they set up, Actor’s Actors Inc.

“We traveled around schools,” Del Mundo said. “It was during the brownout years. So we traveled with 30 candles. Our set for ‘Macbeth’ was 30 candles. The British Council came and watched it and they were pretty impressed that they offered me a grant… I like the idea that there’s a new generation of actors who are curious and hopefully they enjoy the power of words.

“Because that’s the most amazing thing. I think it’s so important for Filipinos to grasp that. Imagination is not taught in our educational system and it’s the one thing that theater can teach.”

Even those who can no longer recall their literature classes will enjoy the show, said Leon Peckson, a literature professor who studied at the Shakespeare Institute in Stratford-upon-Avon (Shakespeare’s birthplace) and who dissected some scenes at the boot camp. “Watch a play cold. Shakespeare wouldn’t have wanted it any other way. In his era, the most people had was a bill. Let your teeth sink in. What Shakespeare wants is for you to pay attention to the language.”

And what beautiful language it is. Cundall agreed: “I love Shakespeare’s use of language. It is wonderful poetry and is still so current. Much of our modern language derives from Shakespeare, either in the form of well-known quotes, or phrases that many of us don’t realize come from his works.”

“Watch it for fun. It’s an experience, bask in it,” said Del Mundo. “When my son heard I was doing the boot camp, he sent me a message, ‘Light the spark, Dad.’ Look for your own fuel and fuel the fire. And when you do, you will revel in the warmth of Shakespeare.”