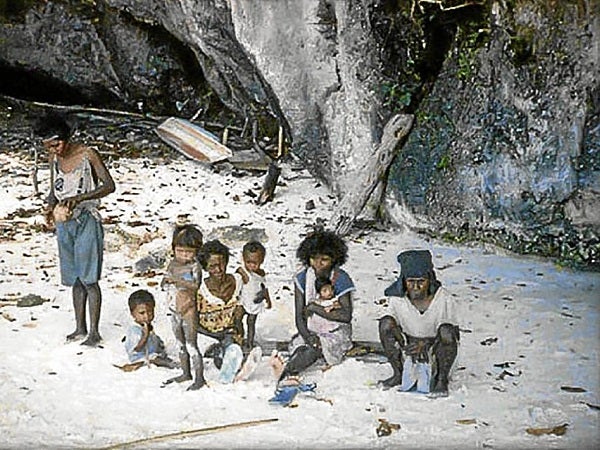 Memories of a once-virginal Boracay

As my feet touched the Boracay sand, the aria of Grizabella from “Cats” started playing in my head as memories of old Boracay fill my weary mind. Am I getting old, or is there a new generation of tourists invading the island?

Why is it that every time I visit, I can’t stop comparing things with how it used to be? Don’t get me wrong; I would love to share the beauty of the island, but apparently the new generation of tourists seems to take things for granted. Is it me, or is this generation too brainwashed into thinking that everything is disposable?

I am not the only one who shares this sentiment. People who have previously experienced—take note I said experienced, not visited—the island feel the same way. I would pick up comments from people in the next table or cabana, about how different the place has become, from the kind of tourists visiting, to the mushrooming cement edifices that are becoming eyesores.

Some say it’s progress, some say it’s luxury. Since they haven’t experienced the old Boracay, others don’t care much.

Then it hit me. I would do a social experiment on the island. I would not only explain and describe the old Boracay, but I would let three people experience the island the way I experienced it.

I found a gorgeous Brazilian couple who found the idea interesting, a local Filipino industrial designer who is a first-timer on the island, and a balikbayan who last visited the island 13 years ago. And just to add spice to the fray, I invited direk Joey Reyes to contribute his two cents’ worth.

The island is famous for its beauty, and what better to symbolize a beautiful island than a beautiful sunset on the beach? I invited everyone to happy hour on the beach, as the skies start turning orange and pink. Add music and sexy bodies prowling the shore, and the result is hypnotic. They all agreed that this is the life. I paid for the drinks, of course, and God provided the sunset.

Next day I asked all of them to walk with me beyond Station 3, past the market, past all the roads, in the direction of Asya Hotel. We stopped by a simple hut that had a huge hammock hanging by a coconut tree and ordered drinks. I asked them to take off their flip flops and feel the sand. It was finer and cleaner, cooler even.

Their ears felt different. No music blaring from huge speakers. Then God did it again; this time a burst of orange filled the horizon as pink clouds swirled in the vast blue sky. My guests were quiet; no one spoke as the last hint of light was extinguished in the blue water beyond.

I needed to sigh, because the silence was deafening. That’s when someone asked, “What happened?” I didn’t answer. They all felt sad that the music in all the establishments in Station 2 had drowned out the sound of the waves and the rustling of the trees in the wind. I told them this was Boracay when I first experienced it. Calm, serene, as it should be. We all walked home silent and pondering.

The next day I asked everyone how their accomodations were, and all of them answered that it was fine. Following the same route we did the day before, we walked once again towards Asya.

This time I led them to Angol Resort, an ecotourist resort where they minimize the use of electricity and anything that may harm the planet. Five steps into the resort, we could already hear the birds chirping and dragonflies buzzing. We entered a nipa cottage complete with a hammock and daybed that was bathed in the orange glow of the sun. We sat by the patio and drank coconut juice in the shell which our host served.

Again, the first question was, why? Why did this kind of huts disappear, and why were they replaced with cement? The island lost its personality. I recounted to my guests that before, the island had the romantic allure of a secluded virginal island where fantasies came true. Now it has become a crowded island of commerce and strangers.

Gone are the days when you could walk the island, and people would greet you and smile. If you do that now, you get strange stares and might be accused of solicitation, which is not that far-fetched in the present situation. You hear voices in the dark offering a massage, and if you don’t reply, the next offer will be for oral sex.

My guests all wondered why we Filipinos love imitating other cultures when our country is full of interesting things. The mere fact that we don’t like nipa huts makes them wonder. I told them that the whole island used to be lined with nipa huts of different kinds and sizes, as accommodation for tourists.

Now, you can count on the fingers of one hand which ones have survived. Even nipa cabanas along the beach have been replaced by the modern umbrellas you see in catalogues.

Interestingly enough, the Vancouver guest compared his visit now with his last visit 13 years before. “Boracay has progressed as a developing tourist industry, but has regressed as a virgin island,” he said. One guest even joked that the island is so crowded, it just might sink.

We all met for dinner later with Joey Reyes as our special guest. Joey’s spontaneous manner and unparalleled humor kept us laughing for hours. He too shared his Boracay point of view and its current evolution.

Some of my guests felt thankful that they experienced more. The others felt sad for experiencing what could have been, and the rest just surrendered to that fact that Boracay might be dying a slow death. And to end the whole debate, Joey raised his glass for a toast, exclaiming, “To the virginal island of Boracay; it’s as virginal as a 60-year-old whore who yearns to retire as a mama san.”