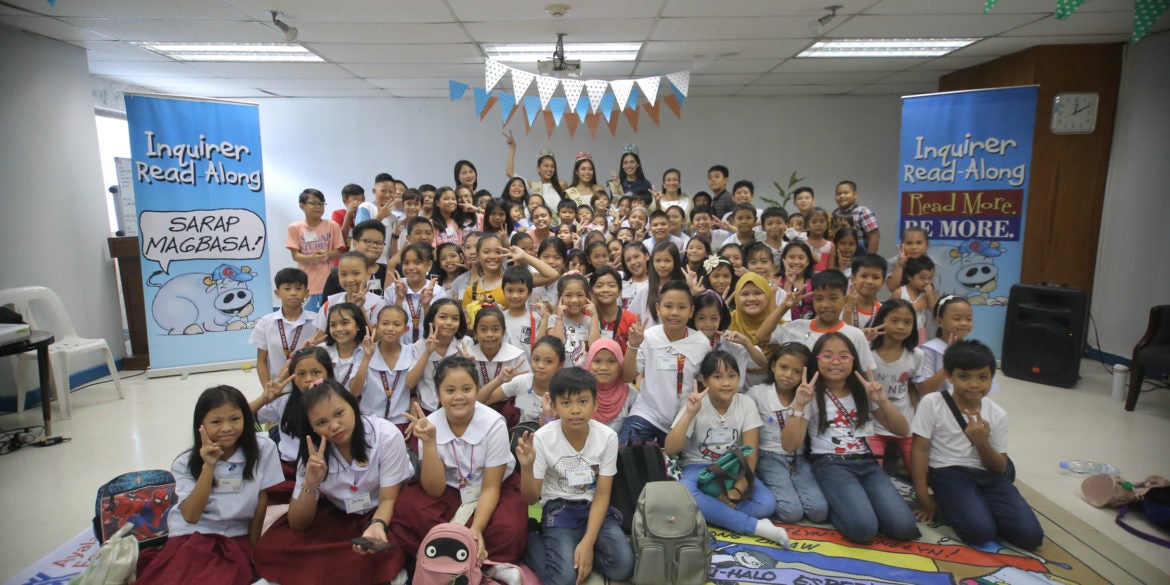 Miss Earth beauties out to save PH local dialects

MANILA, Philippines–The Miss Earth Philippines beauties wants to save not only the environment, but also the native language and local dialects.

According to them, there is not much information from traditional and new media that are written in Filipino and other local languages.

“It’s important to use Filipino language in the new media formats. It would be good if companies make the effort to have websites in Filipino, not only in English,” Miss Earth Philippines-Fire Alexandra Dayrit told the Inquirer.

Meanwhile, growing up in Cagayan de Oro City in Misamis Oriental province, Miss Earth Philippines-Air Ana Tan said that books in her hometown were either written in English or Filipino, and not much were written in Bisaya.

For Miss Earth Philippines-Water Chelsea Fernandez, who hails from Tacloban City, it is important for Waray to be the main medium of instruction in schools and that the locals continue to speak it to keep the dialect in the provinces of Leyte and Samar alive.

“Part of the progress of our nation is if everybody understands each other and is united in serving each other, and that means having a unified tongue and being confident in conversing it,” Dayrit, who hails from Marikina City, said.

This year’s Miss Earth Philippines titleholders were among the guest readers in Saturday’s Inquirer Read-Along session in celebration of “Buwan ng Wikang Pambansa,” which was proclaimed in 1994 to be held every August.

Dayrit, Tan and Fernandez read “Alamat ng Sampaguita” written by Segundo Matias Jr. and illustrated by Dominic Agsaway. The story tells of two beautiful sisters and how one always gets the attention and became the subject of insecurity of the other.

Other featured readers in the session attended by some 90 kids were longtime Inquirer Read-Along partner Ann Abacan as well as Posh Develos and Regina Sevilla of Ang Pinoy Storytellers and Alitaptap Storytellers Alumni.

Abacan, who was dressed in baro’t saya, read “Alamat ng Mangga” by Rene Villanueva and illustrated by Joel Chua. The story is about how the diligence and patience of a boy in planting a seed bore many mangoes and made him rich.

Develos and Sevilla engaged the kids in an energetic reading of the story “Chenelyn! Chenelyn!” by Rhandee Garlitos and illustrated by Liza Flores. It tells of a househelp who suddenly fell ill and how a family worked together to do all the household chores.

The session also raised funds for storyteller and Inquirer Read-Along volunteer John Percival Gapas, who has been in the hospital after he was diagnosed with encephalitis. He later underwent brain surgery. Books and Inquirer merchandise such as Guyito stuffed toys, umbrellas and tumblers were put up for auction. (Those who want to help can reach his sister Marionella Gapas at 0916-6335862. Donations can be deposited in her BDO account no. 000161114326.)

Now on its 12th year, Inquirer Read-Along aims to foster the love of reading among children. It has featured more than 400 celebrities, leaders, educators and other role models as storytellers. /jpv