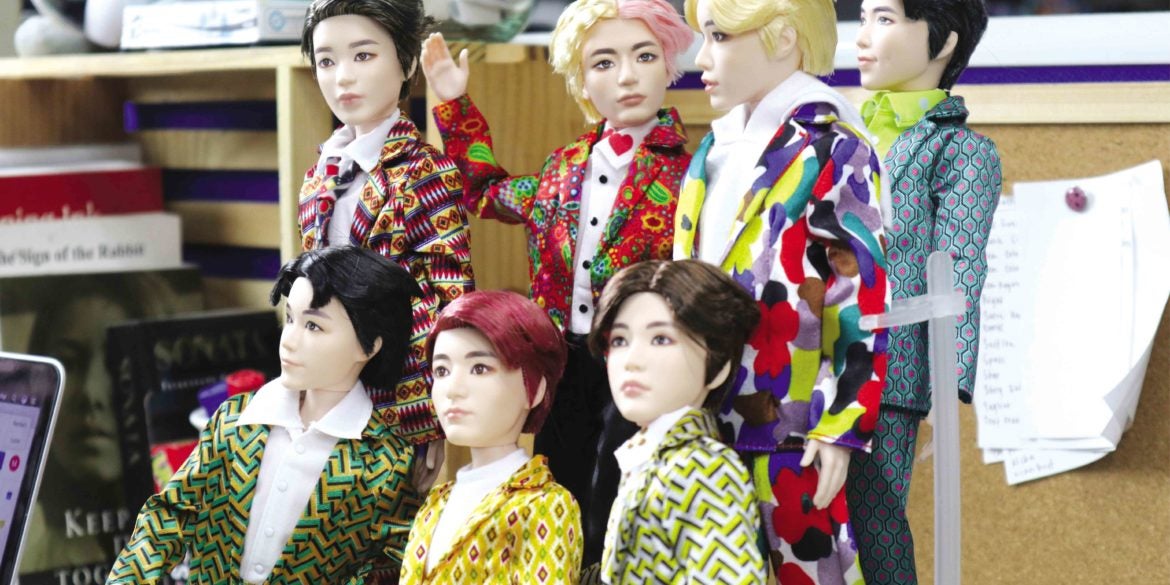 Are you going to complete the set?

The BTS dolls by Mattel were made available to fans and collectors last Thursday. The dolls landed at the Super K headquarters early, thanks to National Book Store and the dolls’ Philippine distributor Richmore Global Inc. (Watch our unboxing video on Facebook!)

BTS is the super boy group from South Korea. Its members are RM, Suga, j-hope, Jimin, Jin, Jungkook and V. All the members have dolls made in their likeness.

Each doll comes in a clear box that is designed with the BTS logo and has a black backing. The clear box allows you look at the doll from every angle without actually opening it. The group’s logo is indented on both sides of the box. The word BTS is in silver lettering and the name of the member is right next to it.

On the back, you can find the picture of all the members of the group from the concept shoot of the album “Love Yourself: Tear.” Removing the dolls from the box is very easy. They are kept in place by 5-7 plastic ties. You just need to be careful cutting the one nearest the head.

All members of the dolls are wearing the clothes from their “Idol” video from the 2018 album, “Love Yourself: Answer.” The video also inspired the makeup and hair of the dolls.

Their hair looks greasy and it is hard to touch. The wax keeps them in place despite the movements you make your dolls do. If this bothers you, it is easily remedied by washing the hair with hot water. A conditioner will also make their mane shine and come alive.

They do not come with piercings which could disappoint fans given that they wore earrings in the “Idol” video. Out of the box, without the names, it is hard to tell Suga and Jimin apart. The hair color is almost the same and the print of the cloth is similar.

But one can appreciate the details on the faces of the other dolls. You can easily see V’s chin and RM’s dimple.

All the dolls are wearing white sneakers in high and low cuts. The low cuts took inspiration from the Nike Air Huarache except that the outsole is different.

Only Jungkook has three separate pieces of clothing. The shirts of the rest are sewn into their jackets. This is a shame for dolls like Jin whose shirt is a hoodie. It would have been fun seeing them transform into more casual and relaxed clothing by removing the jacket.

All the dolls have built-in briefs, just like Barbie. The dolls remain decent in and out of their clothes. The biggest surprise when taking their clothes off is that all of them are ripped. They have abs and their arms are muscular. The bodies used the same mold so they all stand at the same height.

What is pleasantly surprising about them is that they are well-articulated and fully poseable. They have swivel joints on the elbows, wrists, knees and ankles. The feet are huge, enabling them to balance and stand without help.

The dolls are priced locally at P1,499.75 each but the articulation and ability to stand on their own make the dolls a good buy. They’re a steal especially if you compare them to other female dolls at the same price point with fewer articulation. Plus, they’re BTS!

The Army (BTS’ fandom) can compare the price to official merchandise of BTS and will find it very competitive. Again, the articulation makes them really fun to play with.

Given the rarity of male dolls in the market, Mattel’s BTS dolls are a line that collectors should not miss. The price only becomes prohibitive if you purchase all the members (a total of P10,498.25.)

You can buy the dolls through the National Book Store website (www.nationalbookstore.com). Shipping is free for purchases of at least P1,000 within Metro Manila and P2,500 nationwide!

Head to Super K’s Facebook page to watch the videos and find out how to win the dolls that we’ve unboxed. 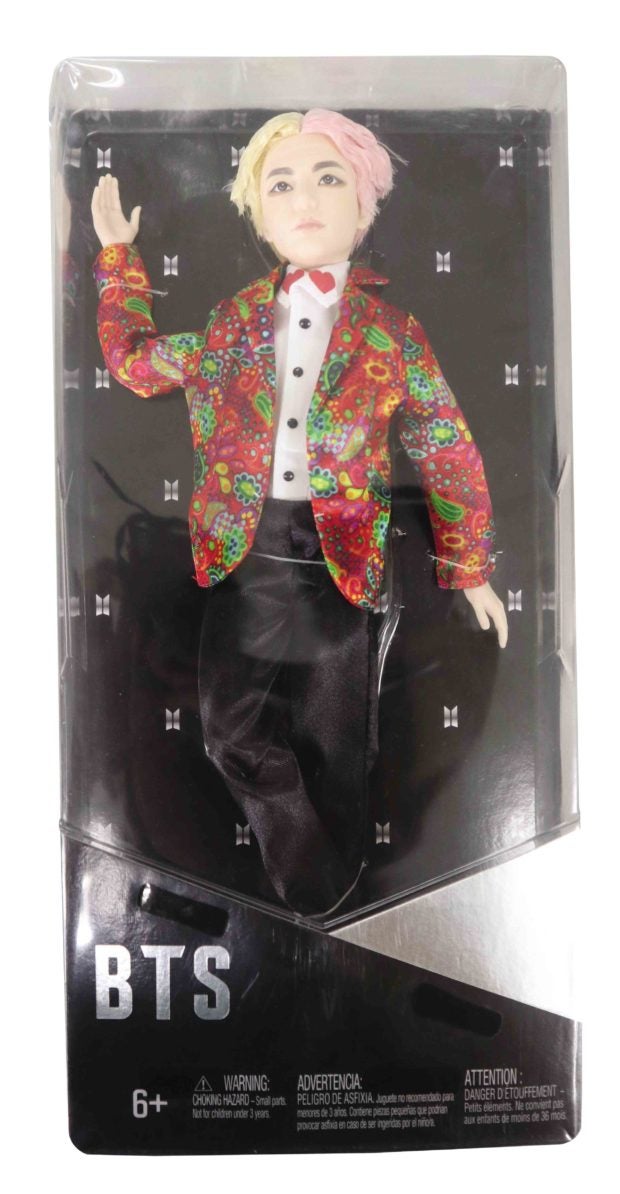 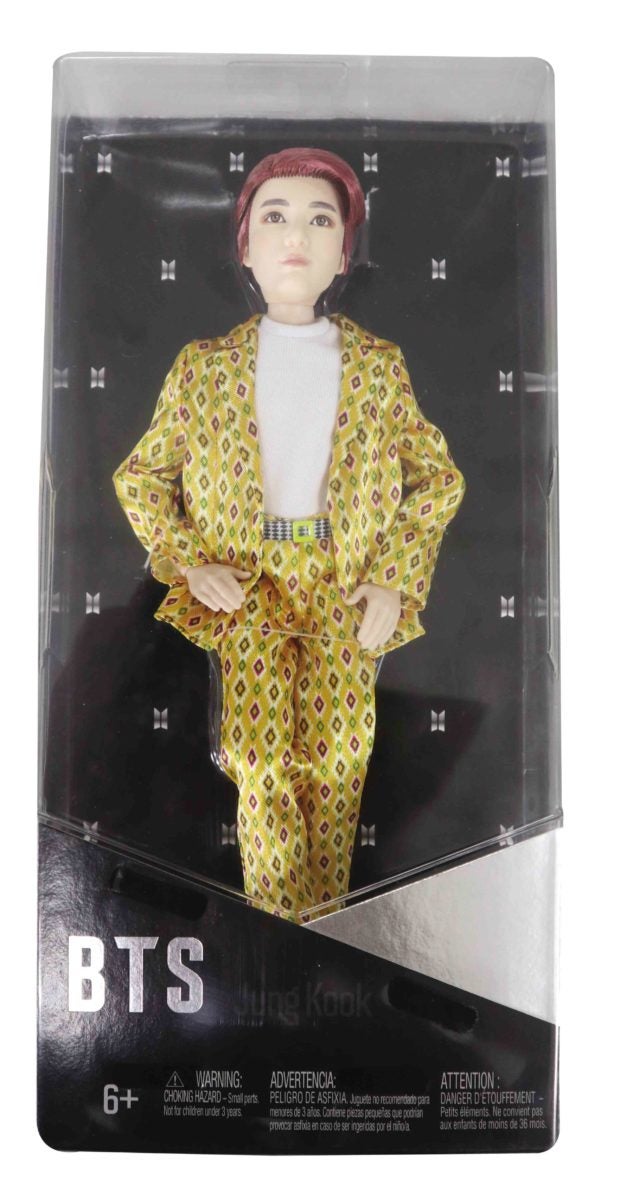