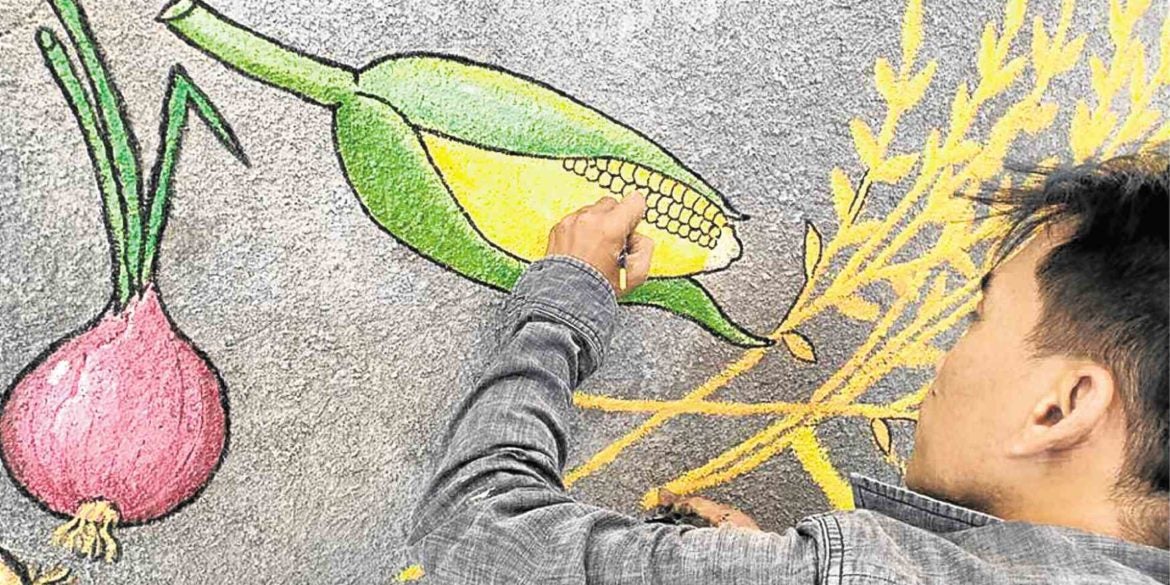 Now on its eighth year, Pulilan’s Mandalá art festival toasted its agricultural life and bountiful harvest amid a changing environment

Taking the haystack, locally called “mandalá” as inspiration, the art fest fetes local talents and artists from other parts of the country in various activities such as a photography contest on the agri-barangay that showcased their farming assets and landscapes to murals and exhibit of recycled sculptural works.

An exhibit on the life of Pulilan botanist and former head of the University of the Philippines Botany Department Jose Vera Santos at Museo de Pulilan became one of the highlights of the fest held April 26-28.

“Like the mandalá which is palay piled on a heap, the festival becomes an instrument for artists to come together to use their individual talents to create a collective display of art in the changing world,” notes its organizers led by the local government of Pulilan and the Jefarca Arts and Historical Society, Inc.

The mandalá also “constantly adapts to its environment to thrive, art must create a new direction to adjust to society’s present needs,” it added.

The recent staging of the festival also stressed on the importance of agricultural sustainability and environmental awareness.

Its murals, viewed at a stretch of the North Luzon Expressway near the Pulilan exit is perhaps the largest in central Luzon.

The organizers said these murals and public art themed ‘Biyaya’ “engages the community in making works that express conservation, history and identity of the municipality of Pulilan and Central Luzon as a whole.”

Aside from the local government and Jefarca led by Andrew de Guzman, the event was supported by the National Commission for Culture and the Arts, Museo de Pulilan, SM Center Pulilan, Casa San Francisco, Robinsons Townville Pulilan and Davies Paints. —CONTRIBUTED