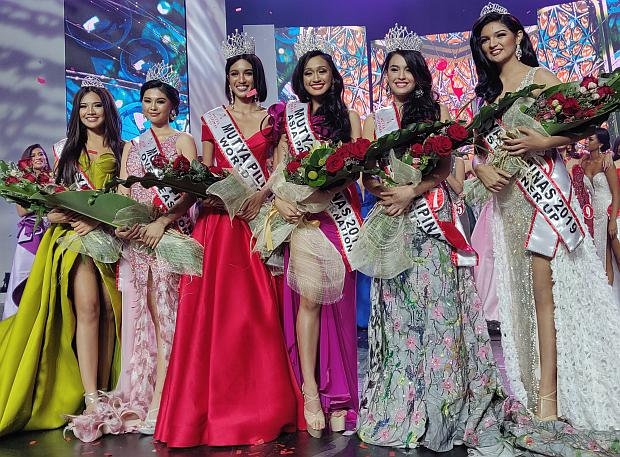 PASAY CITY, Philippines — Two Mindanaoans bagged the top crowns at the 2019 Mutya Pilipinas pageant, dominating a field of 40 contenders from around the country and from different parts of the world.

Castro will have to quickly buckle down to work as her next pageant assignment is not only getting close, she would also have to secure a back-to-back win for the Philippines.

Castro will try to inherit Akeel’s international crown in October in the Philippines.

Likewise carrying an insurmountable mission is Mutya Pilipinas-Tourism International Tyra Goldman from the Filipino community in Nevada, who has to sustain the country’s impressive record in the Miss Tourism International pageant, where the Philippines holds the record for having the most wins and runners-up. The global tilt is slated in November in Malaysia.

She received the crown from Dream Girl of the Year International Aya Fernandez, who is also a Myx Channel VJ now.

Short will be trained by the Professional Models Association of the Philippines before flying to Monaco to compete in the 2019 World Top Model contest in December.

From among the delegates sent by the overseas Filipino communities, California’s Louise Janica Arroyo An was the one who inherited the Mutya Pilipinas-Overseas Communities crown from last year’s winner Jade Roberts of Australia.