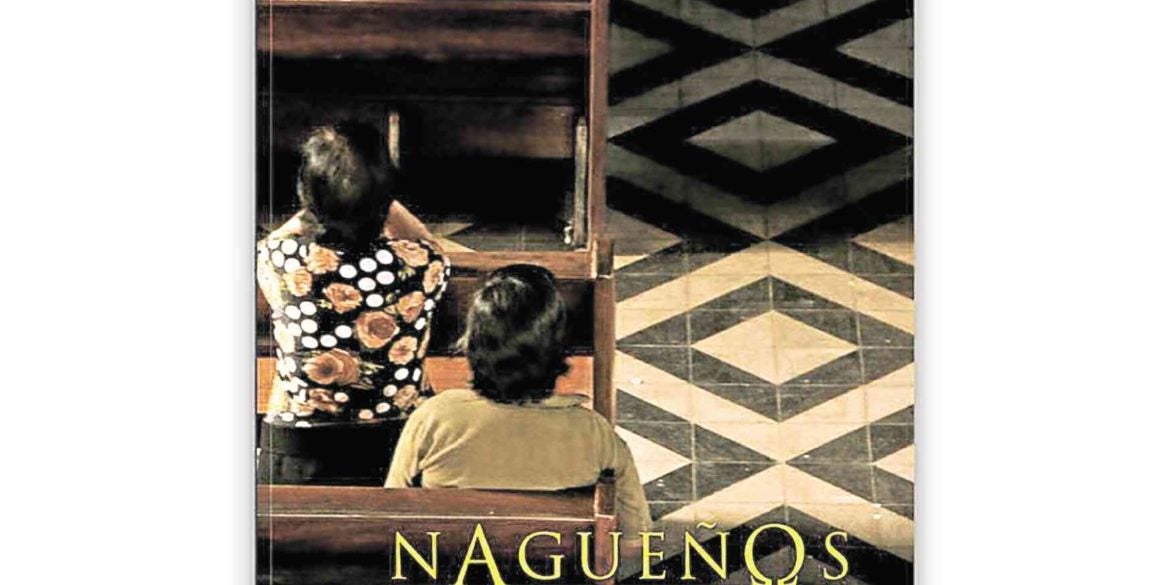 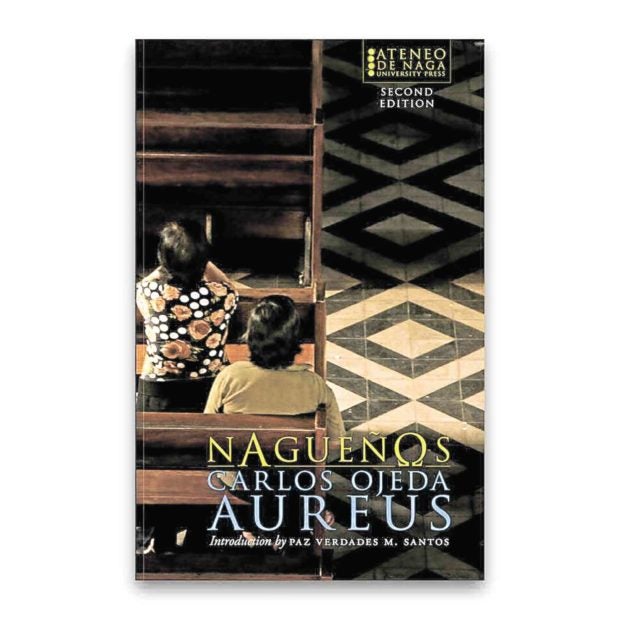 Naga City alongside the serpentine Naga River where it meets the Bicol River is often called the Heart of Bicol. This third Spanish royal city in the Spanish East Indies is not only the geographical center of the Bicol peninsula. It’s a spiritual center—the home of “Ina,” as, Bicolanos call Our Lady of Peñafrancia, the object of the largest Marian pilgrimage in Asia.

Like its older siblings Cebu and Manila, Naga’s port has always been ideal for global and regional trade, thus a natural center for schools, churches and government offices. With the volcano Isarog also looming overhead now a protected area, forests and rich agricultural and fishing areas still surround 400-year-old Naga, the greenest of the three oldest cities of Catholic Philippines.

This combination of natural riches, education and centuries of cultivating Christianity permeate the collection of short fiction, “Nagueños” (second edition, Ateneo de Naga University Press), by Carlos Ojeda Aureus who wears Naga like a second skin. Quiet drama lies in the fact that this Jesuit-schooled native son would have been a Jesuit, too, but stopped dead in his tracks after a year at the seminary.

He tells us why in this fictionalized autobiography, playing one or another character in short stories with fellow-Nagueños and Nagueñas helping him define his unique spiritual journey.

Aureus loved the Roman Catholic Church he was born to, but something profound happened to him after Pope John XXIII’s Vatican Council. After the Council, gone were the saints lining the aisles of his beloved Naga Cathedral, gone was the sonorous Latin Mass said by a priest with his back to the people, gone were the oldest rituals. Gone was the sense of mystery Aureus loved with all his heart.

Deep homesickness for the church of his childhood makes this book resonate strongly in Catholics born in that crack between eras. Aureus sees true believers as lost children who “decry a God who works through the rich Rotary Club of Naga. . . the new ultraconservative elites he sarcastically terms ‘Opposite Dei,’” a take-off on the famous Opus Dei. As scholar Paz Verdades M. Santos notes in her introduction, they see this church of the rich alienated from all the rest by its inflexible stand on birth control, cremation and euthanasia.

Aureus stands somewhat like John the Baptist wearing leopard skin in the desert. He’s not much for climbing its mountains and penetrating its forests. But he does something equally valuable—penetrating the human heart facing a Roman Catholic Church losing touch with humanity, starting with its own, 2000 years since John the Baptist.

“Will this Church live or die?” the same man of many faces asks in story after story, life after life trapped in irresolvable spiritual conflict in a drastically changing time with the Pope himself. Aureus sums up the many faces of his own conflict in his alter ego Sid, a salty intellectual who declares, “The enduring appeal and strength of Catholicism was its sacramental experience, not dogma. Catholics remained Catholics not so much because of the Church’s doctrines but because of its imagination and consistency, its mystery and rituals . . . ”

Half these stories notably transpire in mortal combat between unbending Catholic dogma and the human imperatives of love and sex. Strangely enough, the author was in his 20s when he wrote these stories centered on men in their 50s—all fatally attracted to young women with firm breasts, melon-like buttocks, legs “like strips of bacon,” shapely fair-skinned feet a man would love to suck.

But any suspicion that Aureus is just another Dirty Old Man fades as we read how repression brimming with sexual fantasy feeds his tales laced with Catholic theology, as the author himself resolves his struggle with his own libido in celibacy.

A recognizable tale is Epifanio Bagting, a married man with six children suddenly suffering erectile dysfunction with a wife thoroughly brainwashed by Catholic dogma on birth control. It takes his eldest daughter’s friend Suzette innocently giving him erections for Epifanio to return to the core of his faith.

Then there’s Ricardo Caceres, a scholar steeped in theology and confirmed bachelor mortally shy with women. Disaster arrives with Chinita Dy, 16. Magnetized to this strange young girl, he begins to wheeze, unable to speak, a terrible pass for Catholic Ateneo’s guest speaker on the future of the Church.

Secretly chasing Chinita all over the seminary where he delivered his lecture, he accidentally discovers a museum filled with old statues, Missals and other artifacts of worship discarded by the old church. Now comes a vision: a haunting image of the Virgin Mary turning into a stream of faces—Venus, Isis, Shakti, Kwan Yin, Chinita, beauty queens Christelle Roelandt and Anjanette Abayari, even the fig-leafed stripteaser in the Naga cabaret he frequents—no longer objects of desire but downright adoration.

He’s been seduced to the core insight of this book: “Woman as God—a Divine Bobbin wound by centuries of distortion, sexual repression and discrimination, paralyzed and de-eroticized by a patriarchal religion that for centuries has robbed her of her femininity by bogus practices of sentimental, fatalistic, fanatical and pietistic rituals to hide Her True Nature.”

Ricardo could only kneel in prayer but next comes a twist—he must defend Chinita from rape by the neighborhood Bhoy. Knocked to the ground by the hoodlum’s guard while his boss proceeds to rape Chinita, out comes the Latin crucifix Caceres wears close to his chest. Ferociously thrusting the Cross at Bhoy, the meek and mild professor cries out, “Vexilla Regis Prodeunt! Vexilla Regis Prodeunt! Blood of Christ, save us. Deliver us from evil, Lord!” Lo and behold! These words from a Good Friday hymn on the mystery of the Cross drives hoodlum and guard scampering away.

Aureus drifted away from the Catholic Church after the seminary, turned theosophist and converted to Tibetan Buddhism rooted in the Hindu gods of Nature, the introduction tells us. So how did two diametrically opposed cultures suddenly merge in Ricardo Caceres’ crisis? Only a mystical soul like the author can tell.

Caceres’ brief vision of Mother God lights the world to what else a mystic suffers under a Church tradition trying to tame Nature’s forces by calling them “sin.” In his other stories Aureus portrays how easily this turns to cruelty when it responds to real-life suffering with lifeless dogma.

It speaks well of the Jesuits of Ateneo de Naga University Press who published this book antithetical to their patriarchal culture only a decade after the quadricentennial of Naga’s Christianization. In the end “Nagueños” opens a door to instinctive remembrance of divine reality far older than Christianity in these islands. —CONTRIBUTED