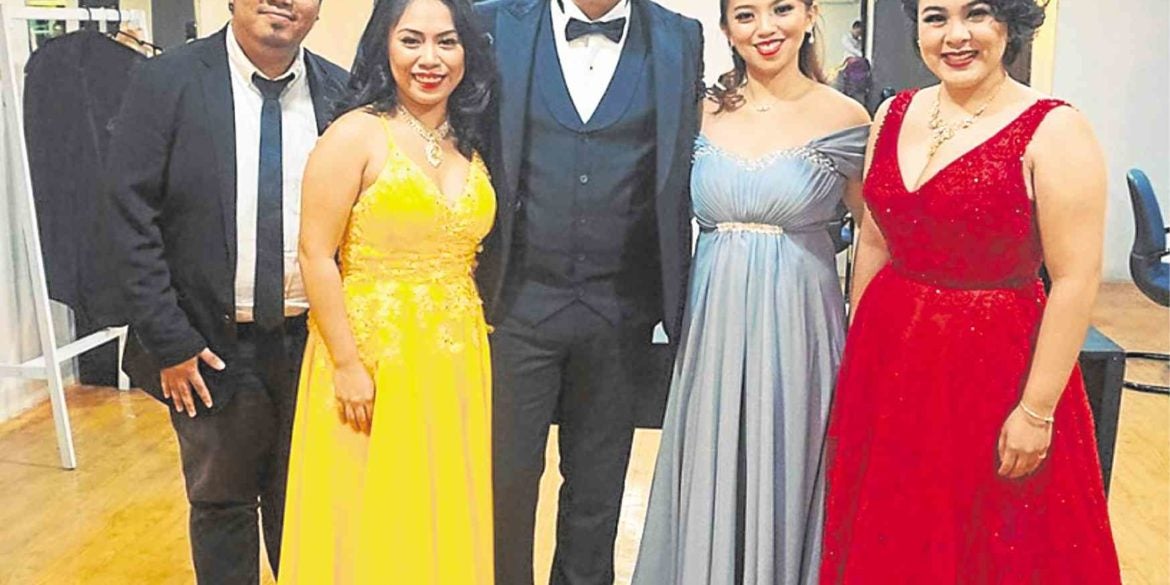 Saturday night on July 27 was pretty much like the state of the nation when no one was looking.

Traffic was as usual bad. This was no way to begin an evening of operatic arias. But then the concert had a star tenor—Arthur Espiritu—who had only one engagement in the country this year because of pressing commitments abroad.

The concert was off to a good start with a short but haunting Fenton’s aria from Falstaff, “Dal labbro il canto estasiato vola.”

With the orchestra parts arranged for piano by Jed Balsamo, the intro had a calming effect—quite fitting for concert-goers who needed to de-stress after going through monstrous traffic. The tenor’s voice floated with authority somewhere with a hint of pathos and pure unexplained longing. Pianist Gabriel Paguirigan made something vastly magical with that one-minute intro. When the tenor sound appeared, the night’s opera conquest was off to a good start.

All told, the sopranos had winning voices and a level of confidence that made their performances visually and vocally appealing.

Moreover, their ability to blend came to the fore in their duets with the versatile tenor.

Meneses was a highly vulnerable Mimi in “O soave fanciulla” with the Rodolfo of Espiritu.

But their Cosi fan tutte duet was one hot item and indeed one had never heard a more sensual Mozart duet.

The Adina of Salvo was a good foil to the playful Nemorino of Espiritu who carved a real funny drunken moment with superb acting in the duet from “L’elisir d’amore.”

But nothing beat the finale—the Romeo et Juliette duet of Quintin and Espiritu. Visually, the two looked the parts and when they sang, the vocal rapport was intimate.

Paguirigan was a gem of a collaborative artist.

Espiritu’s one of only two solo numbers was Che gelida manina from La Boheme.

You could see from the attention of the audience that they were listening to a voice of great import.

Over the years of singing Boheme in various countries, Espiritu has made the aria his own. The tessitura always has a natural sheen and of that much feared high notes, he simply breezed through them like a walk in the park and with all the overpowering emotion intact.

At the moment, Espiritu is the busiest Filipino tenor in the international opera circuit. He will be Edgardo in Lucia di Lammermoor in Korea on Sept. 5, and his much-sought after Rodolfo (Boheme) will be seen anew in Munich the same month, and in October, he sings the title role of Gounod’s Faust in Theater St. Gallen in Switzerland. He is gracing some opera and New Year gala concerts before the year ends.

Espiritu’s Makati concert was a fundraising event of the MCO (Manila Chamber Orchestra) Foundation which has logged 34 years in the concert scene.—CONTRIBUTED