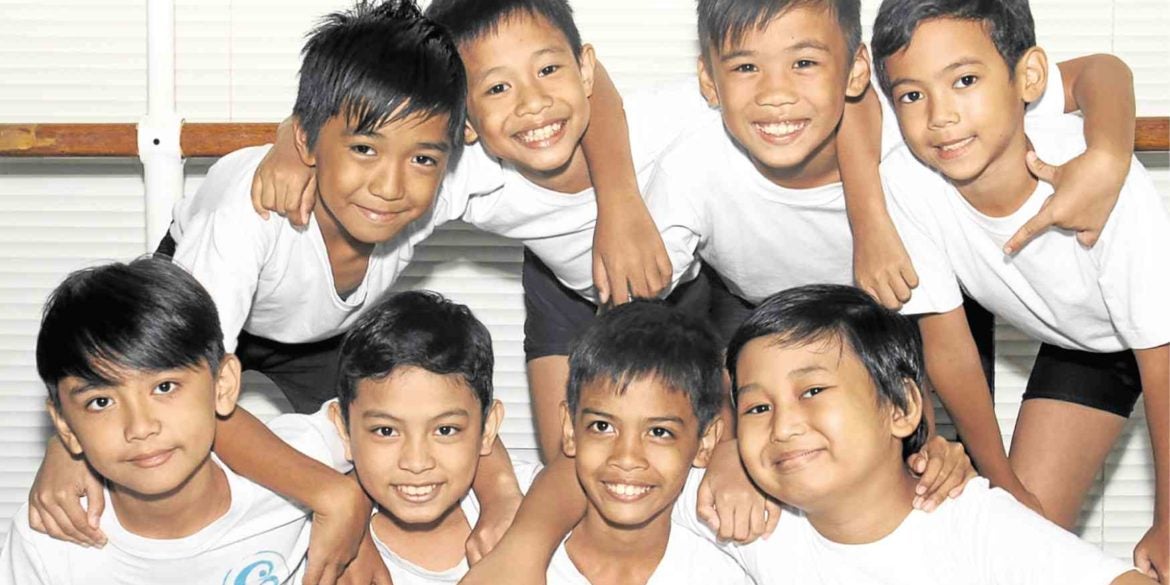 Prima ballerina Stella Abrera, the first Filipino-American to become principal dancer of American Ballet Theatre (ABT), returns to Manila for two fundraiser performances on Nov. 7 and 8 at the Maybank Performing Arts Theater in Bonifacio Global City.

“We want to give it a different flavor from last year, and this is so exciting. These are extremely gifted dancers. They’re young and breathtaking when they move,” Sofia Zobel Elizalde, Steps Dance Studio founder and committee chair of the benefit show, told Inquirer Lifestyle.

The two-night performance is the initiative of Steps Dance Studio with Ayala Foundation, the social development arm of the Ayala Group of Companies, to raise funds for Center of Excellence in Public Elementary Education (Centex), Ayala Foundation’s flagship education program.

Sascha Radetsky, artistic director of ABT Studio Company and Abrera’s husband, will direct the Philippine performances.

Abrera, who left Philippine audiences breathless last year with her performances, moved to the United States with her family when she was 4. She started dancing when she was 5, practicing at least 10 hours a day by the time she was 10.

Abrera joined ABT as member of the corps de ballet at 17 and was made soloist five years later. She became principal dancer, the highest rank a ballerina can hold, at 37 in 2015.
The following year, she was honored as Distinguished Filipino Woman of 2016 by the Philippine Consulate General in New York.
“James (Whiteside) and I have a wonderful rapport, on and off stage,” Abrera said in a press statement. “I have several personal career highlights, which all include James—
dancing ‘Romeo and Juliet,’ ‘La Fille Mal Gardee,’ ‘La Bayadere’ at the Metropolitan Opera House, and also debuting ‘Giselle’ with him at the CCP (Cultural Center of the Philippines) with Ballet Philippines. This fundraising benefit is very close to my heart, and it made sense for me to share it with a dear friend and colleague.”

Joining Abrera and Whiteside are six newly appointed ABT apprentices. ABT Studio Company dancers are also flying in for the fundraiser, including the gifted Filipino dancer and former Centex Tondo scholar Elwince Magbitang.

“I see a parallel in the missions of Centex and ABT. Both organizations offer a sanctuary where young people can be nurtured by passionate mentors to go on to bright futures,” Abrera said in the statement. “These lucky dancers spend one or two years, not only honing their technical skills, but also finding a safe place for artistic exploration, reaching for the ultimate goal of finding employment with either ABT or other notable ballet companies.”

Elizalde believes in the importance of instilling arts and culture in the young. Centex is a fitting beneficiary. It provides holistic, quality education for bright children from economically disadvantaged families, honing their confidence and competencies not just in the classroom but also through after-hours learning in the performing arts such as ballet, and other skill-building activities.

“I wanted these children to have the same opportunities as our paying students,” Elizalde said. “We brought them together, and they come in together as artists ready to learn how to dance. Through ballet, they learn discipline, commitment, to fight through difficulties, to follow a schedule. That’s what feeds their confidence. They work doubly hard than regular students.”

Ballet’s greatest reward, it seems, is in molding a strong character. Elizalde’s alumni are proof of that.

“My alumni say that everything they do now in their lives, they use what they learned in my dance training. The discipline they learned in ballet enables them to get the job done, no matter how hard. Getting to the finish line is hard work,” Elizalde said. “Ballet is such a holistic experience. When you have a bad day, you learn to snap out of it. They learn how to pick themselves up.”

The dance studio at Centex has been in operation since 2011. Last year, two Centex Tondo students were rewarded full scholarships at the prestigious Jackie Kennedy Onassis School of Dance, the official school of the American Ballet Theatre. This year, with the help of Abrera’s two-night fundraiser, Elizalde hopes to open a dance studio at Centex Batangas as well.

“There is no other dance school in Batangas, so imagine the impact on the community,” Elizalde said. “I have yet to meet a Filipino who is not artistic. The majority is incredibly artistic and creative. They are natural artists.”