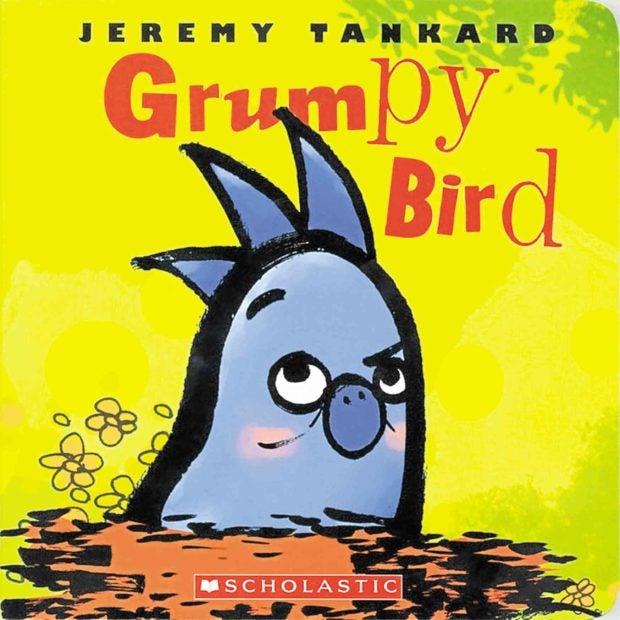 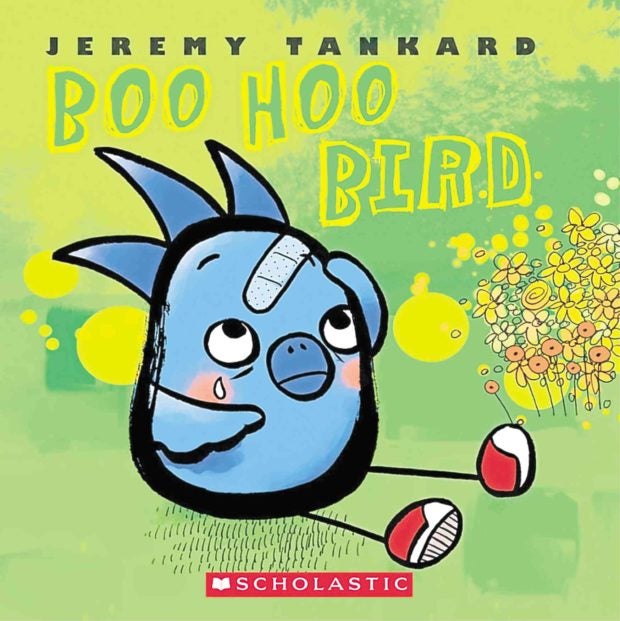 Jeremy Tankard didn’t set out to be a children’s book author.

As he was growing up, his big passion had always been art. “My family moved a lot when I was young. We left South Africa when I was four and lived in the US for about three-and-a-half years before we moved to Canada. And in that time, it wasn’t just one move to America, one move to Canada; I think there were four moves. Drawing just became my refuge.

“I could escape through it,” said Tankard, who was recently in the country for National Book Store’s Philippine Readers and Writers Festival.

He loved drawing trucks, ships and cars when he was a little boy, and his mother has kept his drawings all these years. He showed us pages from a book he had stapled together when he was seven.

“This little book is called ‘The Book of Stories.’ I wasn’t a great speller but that’s when I added comics, speech patterns to my drawings. I became a reasonably strong writer in school. I always did well in English class but it never occurred to me that writing books could be a real job.”

Instead, Tankard was convinced that his future involved Spider-Man.

“I started pitching my work to Marvel Comics when I was in grade 12. They wrote back saying, ‘Hey, your work’s really good. But it’s not good enough. Why don’t you work on your anatomy and work on your storytelling?’”

Tankard said he had hoped Marvel or DC would take him in since he didn’t want to go to university. But that didn’t happen, so he went to university which, according to him, was “the best thing that could ever happen.”

After graduating, he worked as an illustrator, doing freelance work for magazines and newspapers. Eventually, he became an illustrator for Scholastic’s magazines.

His daughter, Hermione, was born in 2001. “I started reading picture books to her as a baby, and was remembering, ‘Oh, I went to art school because I love comic books.’ And I did like children’s books, as well. And then I started wondering, ‘All these years after university, why am I not doing this for a living? Why am I not making children’s books?’”

A story to tell

Inspired by reading to his child, he started sending his art to publishers. Scholastic responded and, in a meeting in New York, an editor told Tankard, “I don’t think you are an illustrator. I think you’re actually a writer. You just don’t know it yet.”

That editor told him to write books, and he did. “They were terrible,” he said. “She had a lot of faith in me.”

It was “Grumpy Bird” that changed the course of Tankard’s life. “I thought it was terrible. But when the editor read it, she laughed out loud. And she said, ’See, I told you, you were a writer.’”

Funny, it was the story that Tankard had written the quickest. “I was about to go to New York to pitch all the stories and I thought I’d do one more before I go. There was one there that I had literally spent months rewriting. And Grumpy Bird took 20 minutes to write. And that’s the one that made them go, ‘Oh, this is so fun, it’s so ridiculous, we love it.’ I was like, ‘Wait, what?’ I had just written a silly book about a talking bird.”

But the editor saw more than just a silly book. “It’s funny and it’s true. Everybody wakes up in a bad mood. Then you hang out with your friends and they cheer you up. That’s how life works,” she told Tankard.

He said, “It never occurred to me that that’s all it really takes to make a book. She found some truth, some honesty in it.”

“Grumpy Bird” became Tankard’s first children’s book; it was dedicated to his daughter. “She was the inspiration for this one. When she was three, she kept asking me to draw grumpy things. She wanted a grumpy lion, a grumpy snake, a grumpy alarm clock, a grumpy bear.”

Hermione wasn’t just a great test audience for Tankard, she was also his first fan. “She is by far my biggest fan. Still. I want to feel good about what I do. I show it to her because she will always be my cheering section,” he said.

Soon, more books followed: “Me Hungry,” “Boo Hoo Bird,” “Hungry Bird.” And he continued to illustrate books for other authors as well like “Melvis and Elvis,” “”Here Comes Destructo-Saurus,” “Piggy Bunny” and “It’s A Tiger!”

Today, Tankard, who calls himself an “authorstrator,” is working on graphic novels that will be out in the next couple of years, including one with Scholastic that he believes is his magnum opus. He’s been working on it for almost 15 years. With Hermione, who is set to enter university, he is doing graphic novels that are modern interpretations of Shakespeare.

‘The Lord of the Rings’

Parents go up to him a lot to tell him that their kids love his books.

Tankard himself was a reluctant reader at the start. “Reading had always been a bit of a chore. I hated it.”

“The switch for me was when I was about 30,” he said. “I finally gave myself permission to read what I wanted to read rather than what I thought I should read. It was ‘The Lord of the Rings.’ And I loved it. And that was the gateway to reading science fiction and reading other fantasy novels.”

He said  parents whose kids are reluctant readers must know that there are “more options than there’s ever been to find something that a kid will like.

“I know not all parents love graphic novels,” he said, “but they are a form of reading, and are increasingly delivering amazing, deep, rich stories in a format that is really accessible to kids who don’t like picking up a 300-page novel. There’s so many options.”

He said parents could find reading materials that may be  thematically interesting to kids, such as soccer and cars. “Recognize that reading a magazine about soccer is still helping them develop those reading skills,” he said.

He added most kids want to acquire information and will gravitate to things like magazines or reference books, “where they might not be reading 300 pages but they’re reading for knowledge.”

He cited his 10-year-old son who’s interested in public transit. “We caught him the other day reading the Vancouver Mayor’s Council website because he was trying to find information about future transit expansion. So yeah, help them find what they want.”

“At a boys’ school a few years ago, this little boy asked, ‘Mr. Tankard, do you have any books about trucks?’ I said, ‘There are no trucks in any of my books.’ And he said, ‘Oh, I don’t like your books then.’ It was so brutally honest. No adult would ever tell you that. I love kids for that. It’s so cute.”

And for kids who want to draw like him, Tankard said, “There’s no magic bullet or magic pill that you can swallow that gives you the skill. You don’t learn drawing by plugging yourself into an app and magically going ‘Oh, hey, I can paint like Picasso now.’ You learn by trial and error and a heck of a lot of work and thousands and thousands of hours over many years. Kids often say, ‘Oh you’re so talented.’ I say to them, ‘If you think I’m good now, wait ’til I’m 90. I don’t think I’m good now. But I work hard.’”