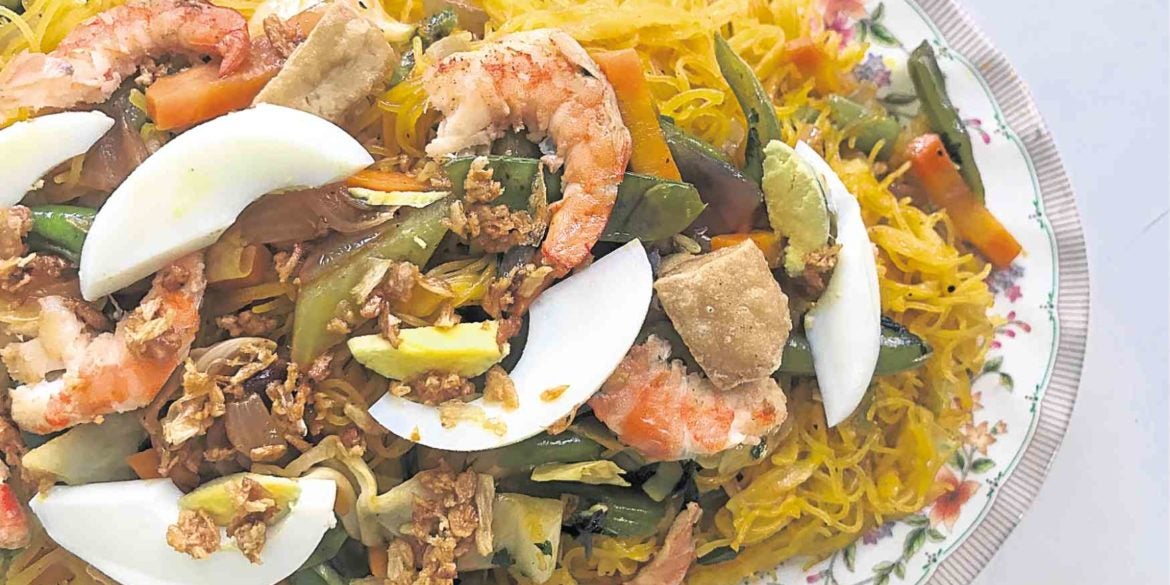 Cavite has a history so rich that it needs to be told.

That’s exactly what cookbook designer and author Ige Ramos has been doing by holding talks and tours, as well as self-publishing the book “Republic of Taste: The Untold Stories of Cavite Cuisine.”

“Fear motivated me, that’s why I’m relentless in promoting Cavite cuisine,” he says. “It’s the fear of losing the farms, the natural landscape, the culinary culture and the traditions attached to them, those that define our culture and identity. With the rapid urbanization and the rural-to-urban migration, I wouldn’t be surprised if these traditions vanish in our lifetime.”

Cavite is only an hour away from Manila, traffic forgiving, and though some people might think that it’s not much different from what’s available in the metro, owing to its proximity, they will be surprised to know that Cavite food is unique and worth discovering.

As the eldest of 13 siblings, Agnes Bautista-Poblete spent much of her childhood in the kitchen, rather than playing on the streets. All that paid off as she now has cooking skills learned from her grandfather and parents.

Born to a family of doctors and nurses, Bautista-Poblete is herself a nurse. But she has traded her scrubs for an apron, running the 2-year-old Cantina de Tita A with her son Constantine.

They started the humble eatery with just a tent and benches, but it now has a more comfortable dining space with tables, chairs and a permanent roof. Cantina is in front of the family compound, in what was once a playroom for kids.

The menu varies every day, but are always dishes found in Cavite homes. There’s almondigas, sinampalukang manok, bacalao, morcon and adobo seka, which is dry and red in color.

What people keep coming back here for is the tres marias —kare-kare served with kilawing papaya made with grilled lapay and miswa.

Cantina de Tita A is open Monday to Friday,  from 10 am. until the food lasts, around 2 p.m.

Cafe Antix started as the thesis concept of Davey, eldest son of Edwin and Mabel Guinto. They turned it into reality in 2012. The cafe is flourishing  with a lineup of coffee beverages (soon craft beer, too) and snacks.

Musts if you want to try local flavors are the bacalao pizza and the four-cheese pizza, which have Cavite’s kesong puti called quesillo. The soft cheese is usually enjoyed with kapeng barako and pandesal, but in the pizza, the melty cubes are scattered on the thin crust.

Baloy’s is known for baked specialties, among them the ulam-filled pandesal (there’s menudo and caldereta) as well as ensaymada, which is pillowy soft and comes in variants (ube, Bavarian cream and dulce de leche).

Next door, there’s also delicious food to be had.

Baloy’s Canteen was revived by Ruth Baloy in 2014, years after her father closed his ihawan.

She offers 16 dishes every day, including pork sisig, kinilaw, beef mechado and callos. Not to be missed are her bestsellers: chicken pastel, ginataang langka, pork hamonado and macaroni salad. To end the meal, there’s fruit salad, coffee jelly and buko pandan.

Lily Escobar grew up with parents who love to cook. Her father used to roast pigs while her mom ran a carinderia. She didn’t consider helping in the kitchen a chore. As a kid, she already loved reading cookbooks.

Pancit puso dates back to the Galleon trade, when Cavite had a lot of commercial activity with Chinese and Mexican migrants.

Today it’s readily available in the public market and from street peddlers. But for big orders that are presented well, Manang Ly’s is where you go.

Escobar’s version has plenty of toppings—veggies, shrimps, eggs and chopped chicharon—and comes with pickled palm heart, which provides the sour flavor and cuts through the richness. Calamansi used to be expensive and pickled palm heart (puso) became the alternative, which earned the dish its name.

Calandracas, according to Ramos, was a dish typically served at wakes. Mourners would bring ingredients as abuloy and these would be chopped and thrown into a pot of broth flavored with pork bones.

Given its nature, there is no standard recipe and each household has its own form.

Escobar’s version is meaty and filling, with the broth flavored with ham bone, chorizo bilbao, pork and chicken. —CONTRIBUTED