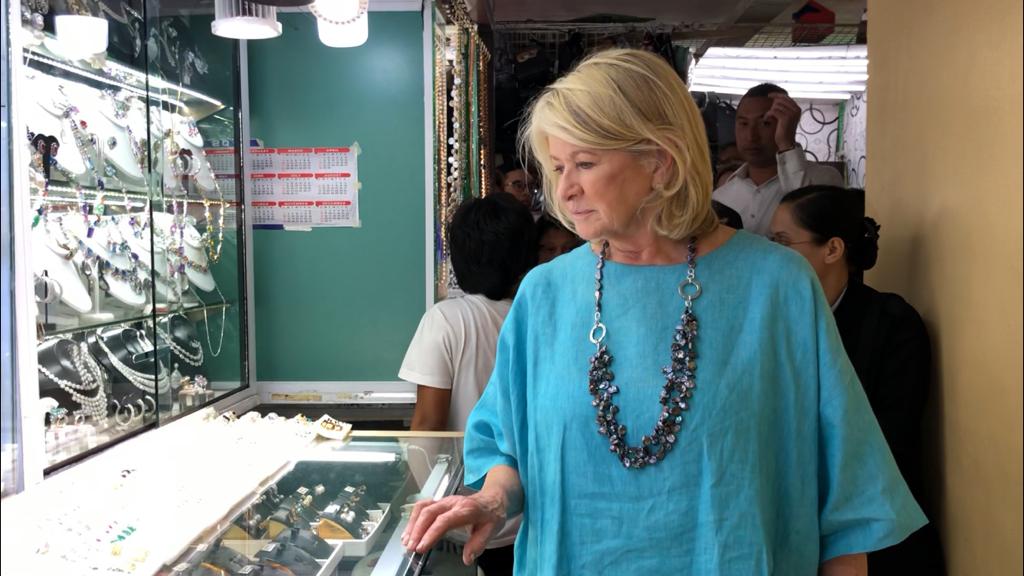 MANILA, Philippines — Lifestyle guru Martha Stewart took a side trip to a famous shopping center in San Juan city to score some of its world-famous yet affordable jewelry.

The television personality was seen roaming around the “tiangge” (colloquial term for marketplace or bazaar) stalls looking for jewelry that would suit her taste.

According to the store owner where Stewart stopped to shop, the lifestyle maven purchased two pairs of 18-karat earrings and a 14-karat multicolored necklace, which both came from Australia.

“I am proud that San Juan City is included in her itinerary. I hope that her shopping journey in Greenhills completes her ‘bucket list’ and will be one of her unforgettable experiences in the country,” Zamora said of Stewart’s visit.

Zamora likewise expressed thanks to Puyat for extending a hand in promoting San Juan city as one of the top spots in the country.

“I am likewise thankful to DOT Secretary Bernadette Romulo-Puyat for helping us promote the city as one of the spots for tourism and culture in the Philippines,” Zamora said.

Stewart flew to the Philippines to speak at the ANC Leadership Series held at the Sofitel Philippine Plaza Hotel last Tuesday, Aug. 20.