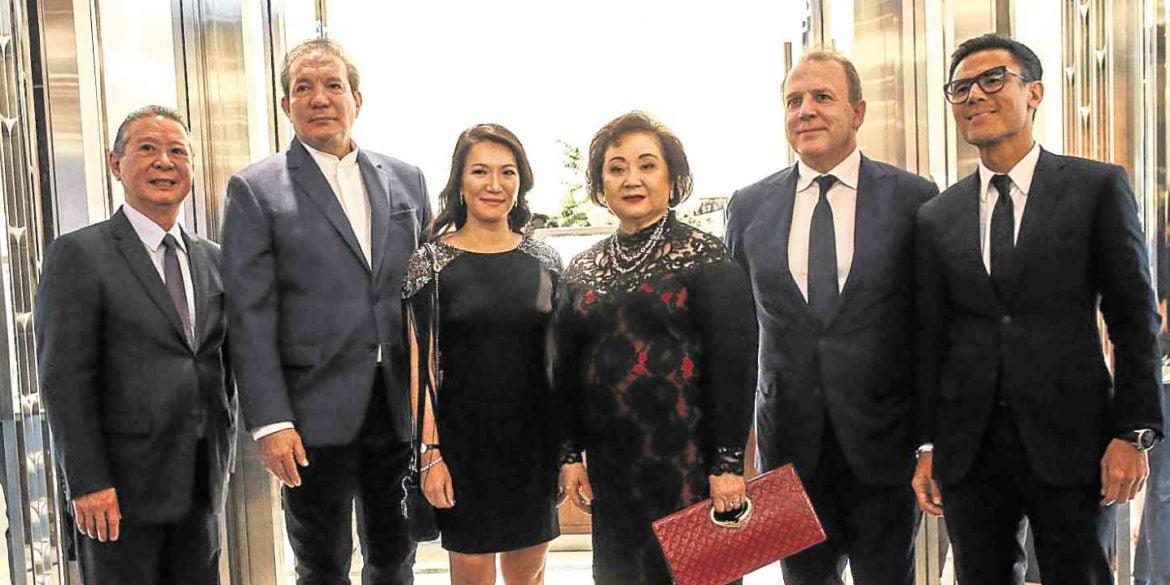 At the opening of Tiffany & Co.’s first freestanding boutique in Manila, the fine jewelry brand reiterates its commitment to ‘ethically mined’ gems

The crowd at the recent exclusive dinner to launch the opening of Tiffany & Co.’s first freestanding boutique in Manila wasn’t quite the Gen Z and millennial demographic that the American fine jewelry brand is trying to charm in the global market.

But with a significant number of high jewelry pieces from Tiffany’s trove made available here for the first time, it only seemed appropriate that its local partner, the Tantocos of Rustan’s, and country manager Mario Katigbak’s guest list was made up largely of high-spending Baby Boomers and older Gen Xers.

In the Philippines, where it has been for 25 years, Tiffany is able to showcase for the first time its vast assortment of offerings—from smaller gift items to high jewelry. “We have affordable luxury and dream luxury,” Philippe Galtie, Tiffany executive vice president for global sales, said.

Early this year, Tiffany announced its Diamond Source Initiative, which is its commitment to transparency in terms of the provenance of each diamond it sells.

In an industry first, all newly sourced Tiffany diamonds will be registered and laser-etched with a unique serial number. It’s a move that “goes beyond the Kimberley Process,” which assures that gems sold in the market are not conflict diamonds, or stones mined in a war zone and sold to finance a war.

“It’s a very significant point of difference versus our competition,” Galtie said. “We’re the only ones to guarantee the origin of our diamonds. All the others are buying directly cut diamonds in the market. We source our diamonds and cut it ourselves. We know where we buy—from mines that respect the environment. They’re ethically mined diamonds. We’ve been at the forefront of sustainability in the industry for many years. It’s a question of responsibility, not just a buzzword.”

Galtie, who’s a Frenchman and had worked in Asia with another fine jewelry brand for 12 years prior to joining Tiffany in 2015, conceded, however, that not all markets have “the same level of sensitivity and consciousness” about such concerns. When they buy fine jewelry, where the diamonds come from is not the first thing Asian customers ask, if at all.

“Some are less interested in that,” he said. “But we aren’t always doing things to be attractive to the customer. It’s a question of ethics and principle. We’ve been quite discreet about this, but we want to do the right thing. A diamond is a gift from the earth that we take care of with our craftsmanship, so we have to be mindful and sustainable.”

Customers have sophisticated tastes in this part of the world, Galtie said. “They recognize the creativity, design, quality, virtuosity of a brand like Tiffany.” But more than the older generation, it’s the Gen Z that is more sensitive to issues like sustainability, he said.

“We need to be at the forefront and be forward-thinking. It’s small but I see this emergence in Asia. With connectivity and the internet, things mature very fast.

“One day you wake up and everybody’s talking about sustainability, especially in China. But we are doing that because we believe it’s the right thing to do. The Asian customer doesn’t put that at the forefront, but he knows we are doing it as a way to reassure him.”

As testament to its efforts to build and sustain the Asia-Pacific market, particularly China, Tiffany is holding a seven-week exhibition, “Vision & Virtuosity,” in Shanghai beginning September, featuring masterpieces from the brand’s archive.

According to Galtie, when Tiffany in the United States reported a drop in sales owing to lesser spending of Chinese tourists, it was a different story in the region.

“In the Asia-Pacific, we had a very good first quarter driven by the Chinese,” he said. “It was a high double-digit growth. Tourism is more volatile because of various reasons, not just in the US. I would say, midterm, long-term, we are absolutely confident that Asia-Pacific as a region is an engine of growth of the luxury market, and therefore of Tiffany.”