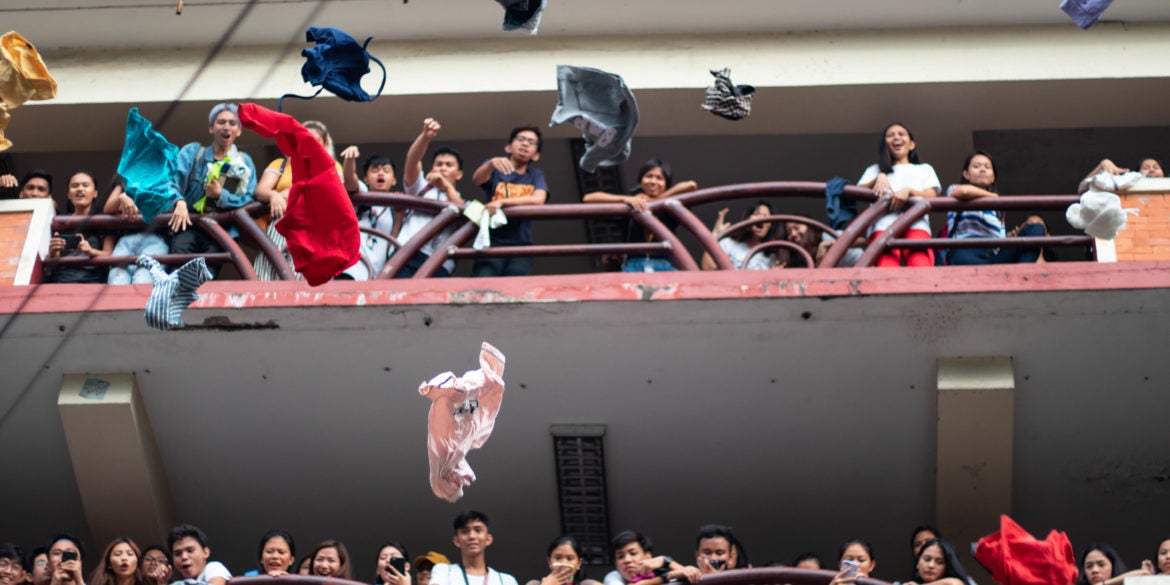 Students throw off their clothes from the sixth floor of the university’s main building. —The Communicator PUP Publications

The issue was the school’s random attempt to change the dress code, enforce mandatory drug testing and raise academic requirements

The Polytechnic University of the Philippines (PUP) is no stranger to student activism. For decades, it has been a bastion of activism, a battlefield of ideological and national issues.

However, for the past few weeks, the issue was about students’ rights. The whole day on Aug. 5, students gathered to mount a huge protest rally at the university’s main building.

The rally, done creatively, featured art performances at the South Wing, with massive mobilization of students at the West Wing, from the first to sixth floors.

In a novel act of protest, they threw off their clothes from the sixth floor to ask for a dialogue with the university administration.

The issue was the school’s attempt to revise the student handbook to include changes in the dress code, mandatory drug testing and raising academic requirements.

The PUP College of Communication Student Council reported: “It all started when news of the student handbook revision spread. All this time, they had been revising it without a student representative. Furthermore, it was already implemented in some branches and campuses of the university without getting finalized.”

The apparent lack of student representation enraged the student body, which led to the protest. —CONTRIBUTED