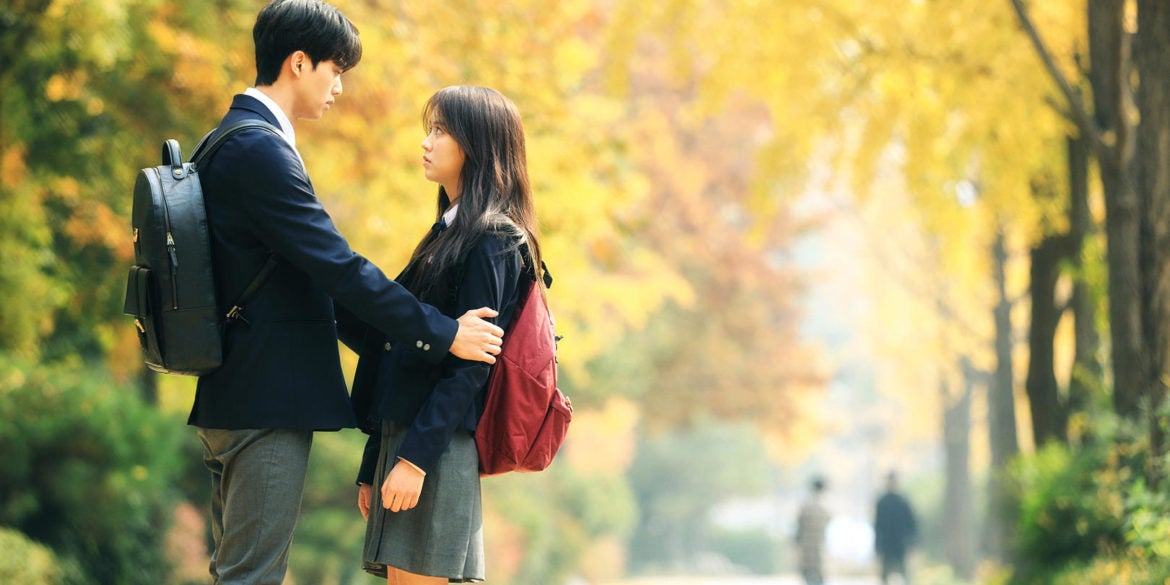 Can’t hide from the Love Alarm

SEOUL—There are a few uncomfortable truths that Korean drama “Love Alarm” uncovered. You cannot help who you like. There is no switch to turn off to make you stop liking someone. You cannot run away from your feelings.

“Love Alarm” is the title of the hugely successful webtoon by Cho Kye-young. Because the Koreans have a penchant for shortening long phrases into one word, jowahada which means “to like” became Jo. Thus, Love Alarm is also known as the Jo alarm. It refers to an app that rings whenever someone who likes you is within a 10-meter radius. Downloading it to your phone means allowing technology to have direct access to your emotions.

Netflix recreates the webtoon into a live-action series that stars Kim So-hyun as Kim Jojo, Jung Ga-ram as Lee Hye-young and Song Kang as Hwang Sun-oh. It is directed by Lee Na-jeong whose resumé includes the drama “Fight for My Way.” The Netflix Original series dropped the eight episodes that comprise Season 1 on Thursday, Aug. 22. 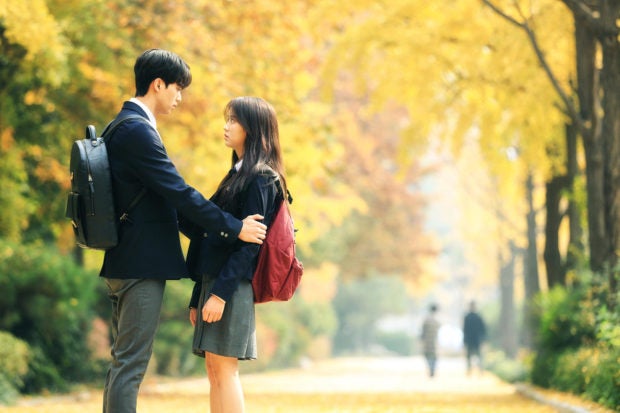 Director Na-jeong said that they put a lot of thought into the design and function of the app. They made sure the app appealed to both men and women.

“What you should look out for is how the app looks and sounds different in four years in the series timeline. We also spent a lot of time developing and creating a sound that’s memorable and evokes romantic feelings,” said Na-jeong during the press conference of the drama on Tuesday at the JW Marriott Dongdaemun Square.

However, “Love Alarm” is not just about the technology. The director said that she wanted to recreate the well-constructed world of the original story, but at the same time, portray the journey of love and growth of the three characters. This is what it means to ‘love’ someone, she added.

Actress So-hyun said that “Love Alarm” can also remind viewers of their first love. Because of the relationship of the three. Sun-oh is Jojo’s first love and Jojo is Hye-young’s first.

“I think it will remind them of what it was like to be in love for the first time and to be in a relationship,” she said.

Kim So-hyun Philippines sent their support to the actress through a rice wreath during the press conference. The rice wreath can feed 300 children.

Super asked the cast in a panel interview if they would ever download the app in real life and if it can really reveal their feelings to their crush.

“I won’t use it. Why? Well, I’m too shy about exposing my feelings. If it was revealed to everyone, I’d be too embarrassed to leave my house,” said Song Kang.

So-hyun who was sitting next to him teased him and said that he is very shy. To which Song Kang replied, “Yes I am.”

So-hyun also said that she will not download the app if it was real. The reason is completely different from Song Kang’s.

“I think I also wouldn’t download it. I think it could lead to less conversations. More people will not know how to express their feelings. So I don’t think I’d use it,” she told Super.

Ga-ram is the only one brave enough who will download the app. He said that he is also quite shy but he thinks that the app can help him express his own feelings for someone he likes. He thinks the app is very helpful.

The actor came to the project knowing exactly how he would interpret his character. 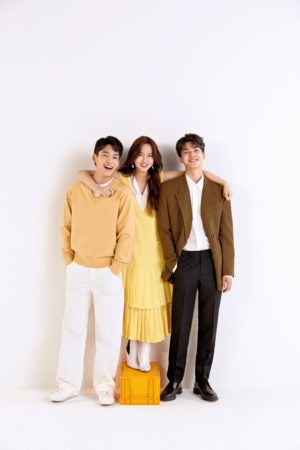 “Even before the decision was made to create a Netflix Original Series, I always liked Hye-young. I communicated very clearly how much I like the character. I shared with the director a lot of my interpretation of Hye-young’s thoughts and we shaped the character together for the series,” he said.

Super asked what advice he would give his character if he could speak to him.

“I’d like to tell him to not always put others’ needs before his own. Don’t hold your feelings back. Share them and you may hurt less. Why do you do that?” he said. So-hyun laughed at his answer and echoed, “Why does he do that?”

So does Ga-ram think that Sun-oh is a villain to his character? He does not.

“Sun-oh is a good friend to Hye-young. They grew up together, so Hye-young and Sun-oh know each other and where they come from. Sun-oh has his family issues and Hye-young is really loved. While they compete for the love of one woman, they’re more than friends, they’re like brothers,” he said.

Director Na-jeong said that Ga-ram “is someone who has a pure and sentimental aura out of all the actors I’ve met in their 20s.” She thinks his genuine expressions represent Hye-young the best.

The director also revealed the reason she chose Song Kang over 900 other actors who tried out for the role of Sun-oh: he offered something different every single time. She added that he could handle a wide spectrum of personalities from a lonesome, indifferent person to an energetic boy and a cute, kind-hearted person.

So-hyun is the perfect Jojo, according to the director, and not just because So-hyun resembles the webtoon character. Director Na-jeong said that her ability to portray a wide range of emotions made her the perfect fit for the role.

“She embraced various aspects of Jojo to near perfection, from Jojo’s strong and positive personality to her falling in love and shutting the world out to lead a lonely life,” she said. She gave So-hyun directions on how to portray Jojo.

Director Na-jeong said that she doesn’t want Jojo to appear too depressed or reserved because of her history. The director knew that portraying Jojo is difficult but she praised the actress for doing a great job.

Super asked Song Kang how he prepared for that scene. “I concentrated on Sun-oh’s feelings and how to create that chemistry with Jojo,” he said.

Explosive chemistry, unrequited love and life-changing choices are just some of the complicated effects of the Love Alarm in the characters’ life. Will you download it or not?

“Love Alarm” is streaming on Netflix.