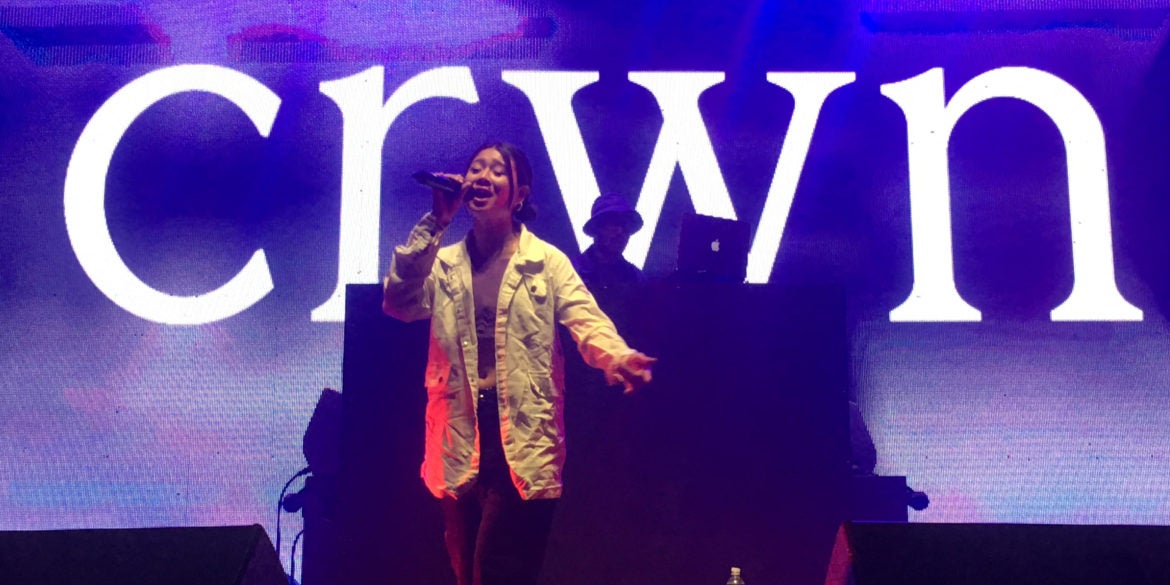 Crwn, nee King Puentespina, might be more familiar for his collaborations with Jess Connelly as one of her producers, or as the drummer of She’s Only Sixteen. But his beat album Orchid was one of last year’s more impressive releases, and he recently dropped a new EP with August Wahh called “Labyrinth.” Flitting in and out of indie electronic, R&B, and hip-hop, his lo-fi hypnotic beats made for a snug groove and good vibes throughout his set. Along with a mesmerizing video backdrop, crwn played an eclectic selection that included an acoustic ballad with guest August Wahh (who joined him for songs off their recent EP), some tracks of his Jess Connelly collabs, some from Orchid and a few fresh cuts that reinforced his reputation as one of our finest beatmakers.

First gaining fame for their many remixes (over 200!), RAC has since gone on to become a solo vehicle for Anjos, who went on to make original music, with two albums released (“Strangers” in 2014 and “Ego” in 2017) and an EP, “Closer,” out earlier this year. A versatile multi-instrumentalist and producer, Anjos has made his mark on the scene he infiltrated from the outside. He certainly brought the energy in his 90-minute set, a series of floor-fillers and club bangers that mixed some of his more popular remixes with tracks from his albums and recent EP. A veteran of guiding ebbs and flows, he sculpted a set that had the crowd enjoying themselves, and it looked like Anjos had just as much fun.