‘She taught me through her kindness’ | Inquirer Lifestyle 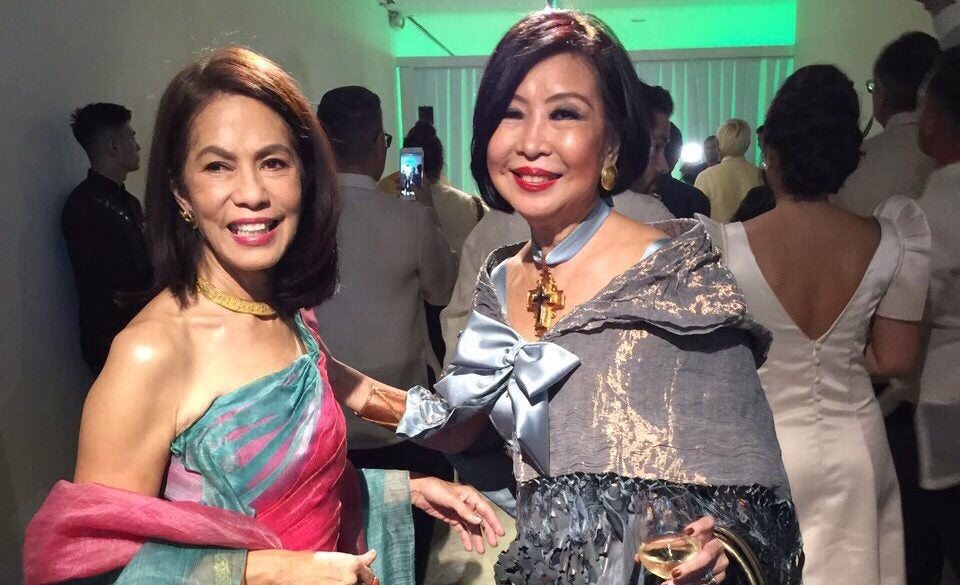 Gina Lopez (left) in a 17-year-old dress made for her by friend Jeannie Goulbourn (right) at a fundraiser in 2018.

‘She taught me through her kindness’

Gina Lopez is smiling widely. It’s a photo taken less than a year ago at a benefit ball for Bantay Kalikasan. The environmentalist and children’s rights advocate is seen with her longtime friend, fashion designer and mental health advocate Jeannie Goulbourn.

Lopez is wearing a one-shoulder Silk Cocoon fuchsia and teal evening dress, made for her by Goulbourn 17 years before.

“She kept it so well. She was so frugal on herself that I fixed that last year for the ball,” says Goulbourn of the dress.

Lopez, 65, died Aug. 19 of multiple organ failure. The old friends made plans to meet before Goulbourn left for a trip in June, but Lopez begged off at the last minute because she needed to sleep and rest. The former environment secretary was battling late-stage cancer.

“I wanted to convince her to see some naturopathic doctors in the United States,” says Goulbourn. “I sent her a lot of info. But she told me, ‘I’m fine, sweetheart. I give you love and light because you’re the one traveling.’”

When Goulbourn returned from her trip, Lopez was already too weak to receive guests.

The two women met in the mid-1990s, not long after Lopez returned home from Africa, where she lived for a decade as a missionary.

What cemented their friendship was Lopez’s act of kindness during a tragic period in Goulbourn’s life, in 2002, when the latter’s daughter Natasha, 27, died by suicide.

“It was seven days after Tasha died when Gina paid £200 to a medium in England to talk to me,” says Goulbourn. “The medium told me things that only my daughter would know. The pain in my heart, part of it was lifted. It affirmed my faith in God, that there’s life after and that Tasha will be with God.

“It was so kind of Gina to do that. She taught me through her kindness that one’s kindness can lift up one person and the people around that person. Suicide can affect the whole family. Strength came from that affirmation. I shall forever carry Gina’s kindness in my heart. Through the many years I knew her, I was not the only one she showed kindness to.”

They traveled together to the provinces for Lopez’s work with Bantay Kalikasan “where she changed communities,” says her friend.

Goulbourn made for her friend work clothes—three-piece, easy-to-travel, color-coordinated outfits in Lopez’s favorite color, fuchsia, with touches of green, a nod to the nature of Lopez’s work.

“I got her to wear low wedges because she was always running around in stilettos. She said she had no time to shop, so I selected them for her. She was always so grateful.”

Lopez, Goulbourn says, was “so disappointed” when the Commission on Appointments rejected her confirmation as environment secretary. “She was fearless and idealistic. She said she would continue with her advocacies. She genuinely loved and cared for people.”

What Goulbourn will miss most are their movie dates—“our laughter and jokes, exchanging advice on kids, and me being asked, ‘Why did you choose such an older man?’ I tried to convince her my marriage was arranged up there by Him!”