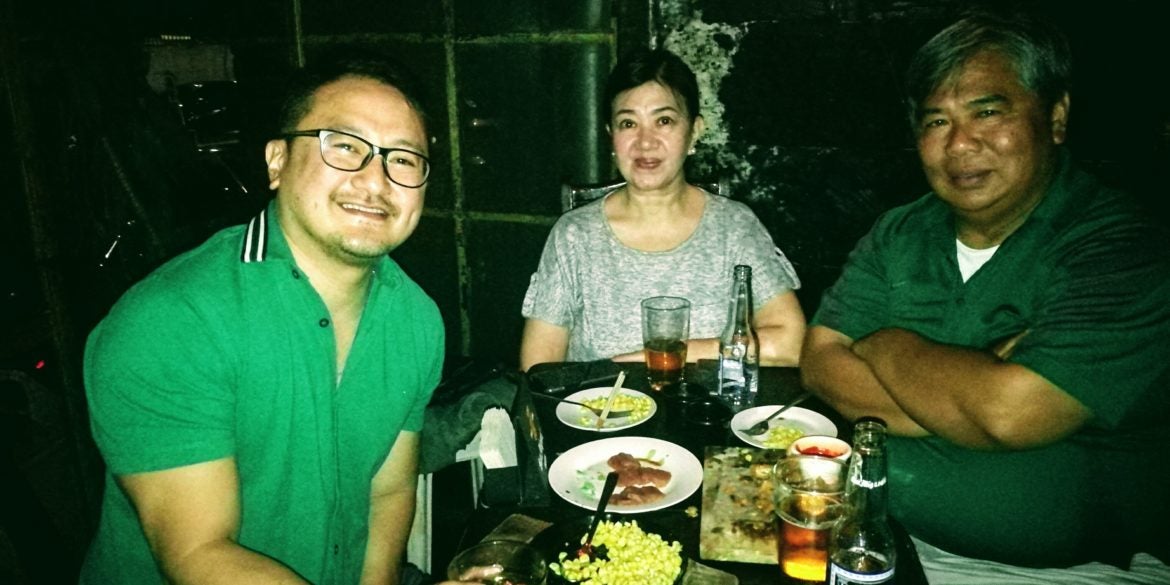 Across the ABS-CBN studios on Sgt. Esguerra Street is East of St. Louis (ESL)—a jazz bar and restaurant named after the city in Illinois where Miles Davis grew up, and whose other famous musician residents included Ike and Tina Turner.

Sometime in the 1990s, I remember hanging out at ESL with Angelo Castro after his newscast. But it wasn’t until 2014 when I returned that I noticed that the place had turned forlorn, too dark and musty, although the sounds—David Sanborn, Tower of Power, Seawind, Herb Alpert, Stanley Clarke, Steely Dan, Dave Grusin, Angela Bofill, Chuck Mangione—played by its longtime DJ Ardie Cordero put me and my musically discriminating friend in a nice mood.

Recently I revisited ESL with the same friend, who said that the place had now changed ownership. And last Tuesday, still the same old friend called to say she was there with an old Quezon City neighbor who was visiting from the United States.

I was surprised to find a livelier ESL, with an acoustic duo playing everything from Coldplay to Juan Karlos. There were a lot of people—couples and friends at the al fresco area, and more buddies inside, most of them having a blast with drinks and animated talk.

Carl Eugenio, one of the new business partners who run ESL, said his group agreed to add live gigs on weekdays and play dance music on weekends to draw in the younger nightlife crowd—but without letting go of its old identity.

Old regulars pointed out that they had dated and spent memorable moments there, even the exact spot they sat on, recalled Eugenio, who proudly added he was part of that crowd, and that the music of bygone eras—from the ’70s to the ’90s—would remain alive at ESL.

The menu is extensive, but that night, the addicting popcorn was enough to go along with scotch on the rocks.

Meanwhile, last Thursday at 19 East in Sucat, South Border (SB) was back playing after taking a break for a few weeks. The band, which, like ESL, gained popularity in the ’90s, has remained famous and relevant because its cofounder, singer-keyboardist and chief songwriter Jay Durias continues to tap his musical gifts like a child would play with his toys—with wonder and delight.

That night, I loved the way he segued from Ryan Cayabyab’s “Araw Gabi” to the Ric Segreto hit “Loving You.” Durias also played acoustic guitar (bequeathed to him by his dad Bong) on an SB cover of The Eagles’ “Life in the Fast Lane.”

The biggest treat was Durias’ daughter Kahlil and son Jaydee joining him on stage to play drums and guitar, respectively, on the SB original “Tulog.”

“I won’t be surprised if the Durias kids would also pursue music as a career,” said SB road manager Raquel Martinez.