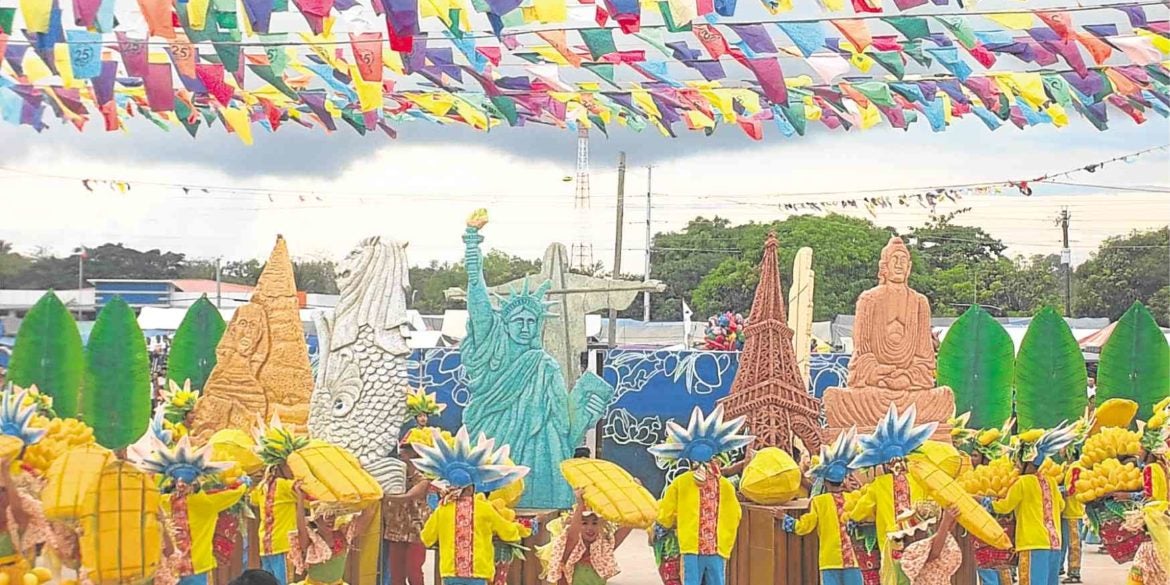 In Guimaras, a canopy of trees, beach coves, mangoes galore

The island province of Guimaras, near Iloilo, is best appreciated by interisland ship from Manila (by SuperFerry formerly, now 2Go Travel).

As the ship steams around the coastal province and its numerous, attractive islets, you will see beach coves, limestone cliffs profuse with foliage, rock formations, mangroves, white sand, caves and fruit-bearing trees (mangoes and coconut).

How did Guimaras get its name? The story is that the princess Guima fell in love with a slave, Aras. This angered the king, and so the lovers escaped but perished in a storm.

These days, as the wind from the sea becomes stronger around the island, you will hear the voice of the king, now guilt-stricken, calling out to his beautiful daughter and her low-born but handsome lover: “Guima … Aras!”

The province’s main product is, of course, mangoes: green (delicious with bagoong) which become yellow, ripe and succulent after three months.

“Spoiler alert!” ahead—mangoes are sugar-laden and not recommended to those with diabetes or just borderline. But perhaps your doctor will tell you that it’s okay to partake of mangoes “once in a while.”

Every year Guimaras has a grand Manggahan Festival and this year was no exception. The festive event was not only local, regional, national but also international.

The theme was Guimaras mangoes “to the world,” with an eye to the mango product being exported to foreign markets and thus increase its already considerable contribution to the island’s economy.

The festival is a project of the provincial government in cooperation with the National Commission for Culture and the Arts and the Department of Tourism.

The towns of Sibunga, Jordan (the capital) and Buenavista went all out with impressive production numbers. There were huge, moveable props and colorful backgrounds which opened up, one by one, to reveal young dancers with a high level of energy. It was a veritable youth on parade and historical pageant rolled into one.

The murals and screens gave a visual history of the country, beginning with the arrival of Christianity in the country, with dancing friars and all, along with an environmental message.

Some related murals were truly international, depicting the Redeemer of Latin America, Buddha, Eiffel Tower of Paris, London Tower, Statue of Liberty, Rising Sun of Japan, Union Jack of England, The Leaning Tower of Piza and Sphinx of Egypt.

As one of the program hosts put it, Guimaras “is not only about mangoes but also about people, culture and food.” Swak. —CONTRIBUTED