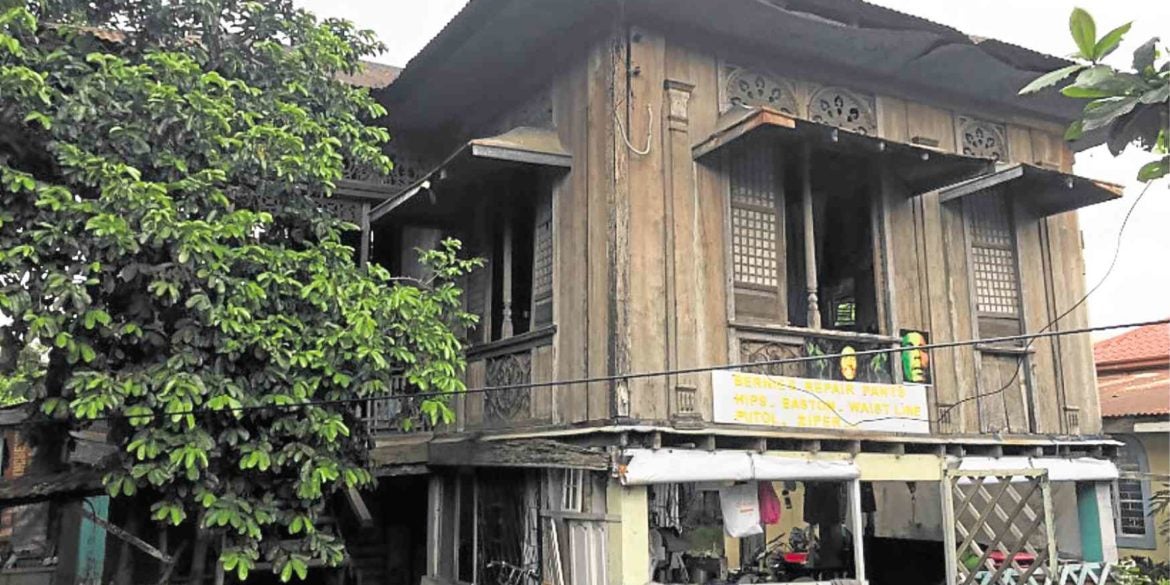 Unlike its neighboring provinces of Pampanga and Bulacan, Nueva Ecija is not particularly renowned for its grand Spanish colonial churches, except perhaps for the Shrine of the Divina Pastora in Gapan although the churches of Cabiao, Peñaranda, San Isidro and San Leonardo also date back to the Spanish period.

Tucked in a part of Carranglan municipality is the reconstructed church of Santo Niño de Puncan and underneath the Pantabangan reservoir is the town’s stone church submerged together with the poblacion when the Pantabangan Dam was constructed in the 1970s.

In terms of historic buildings, the province has a number of heritage houses in Gapan and at least one old Philippine National Railways station in San Jose.

But a recent heritage tour of the Diocese of Cabanatuan yielded discoveries in Bongabon in eastern Nueva Ecija. Located some 38 kilometers from Cabanatuan, the second-class municipality has a sprawling area of 28,000 hectares and it is said to be one of the biggest onion producers in Southeast Asia.

The tour was conducted as part of a heritage workshop organized by the Diocese of Cabanatuan under Bishop Sofronio Bancud, SSS.

Like many Spanish colonial towns, focal point of Bongabon’s poblacion is the church dedicated to Saint Francis of Assisi, an unusual patron saint for a town established by Augustinians.

Local historian Maynard Reguyal noted that the first missionary of the town could possibly be a devotee of the saint, so that the Franciscan founder became Bongabon’s patron saint.

“It was also believed that the early people of Bongabon were pagans and warlike; hence, the friars who were assigned to the town used the teachings of St. Francis to set the example of a Christian way of life,” he explained.

In the 19th century, Bongabon, or Boñgabong as mentioned by Augustinian friars Manuel Buzeta and Felipe Bravo, was located in the western side of the Sierra Madre mountain with jurisdiction on the neighboring Santor, a town established in the late 16th century but is now just a barangay of Bongabon.

The town then was described as having about 300 houses of light materials, a casa tribunal, casa parroquial, and an escuela de primeras letras.

It also had a number of rivers; various types of palm trees, bamboos; a climbing plant called bejuco; and a fertile land producing rice, corn, beans, fruits and sugarcane.

Aside from agriculture, its other industry was producing “ordinary fabrics.

Reguyal called Bongabon the “cradle of Christianity in eastern Nueva Ecija,” since it was the first Catholic mission in that part of the province.

Bongabon was first a visita (mission station) of Santor in the late 16th century until it became a separate parish in the 18th century.

Reguyal said its territory then consisted of the present-day towns of Rizal and Laur and the now provincial capital, Palayan City.

The town’s first church—as with other early churches—was made of light materials and the man behind the building of the brick and stone church was the Augustinian friar Fr. Juan del Olmo from 1894 to 1896.

Reguyal explained that the church was not finished since the Philippine revolution broke out and the priest was captured by the Katipunan revolutionaries and imprisoned in San Isidro.

The unfinished church was then converted into a garrison. It was damaged by an earthquake and fire in the early 20th century. It eventually continued to function as a church though reconstructed using locally available materials.

What was left of the original unfinished stone church was half of its facade and apse, which were saved and incorporated by the town’s heritage-minded church officials and parishioners to the likewise impressive new church inaugurated in 2007.

Across the plaza in front of the church is a sprawling complex of ruined brick structures occupying a portion of a block.

The ruins, according to Reguyal, are what remain of Bongabon’s commandancia, the political headquarters of the town during the Spanish period.

At present, the ruins have been reused as a secondhand store of Japanese products. They’re also a residential area.

The residential portion of the ruins is currently under threat of demolition, to be replaced with an apartment building.

Not far from the poblacion is Barangay Tulay na Bato, named after a still extant Spanish colonial stone bridge spanning a rivulet cutting through the village.

Bongabon also has at least 10 heritage houses both in the poblacion and in Santor, which has a sizeable Kapampangan population due to migration via the Pampanga River, the headwaters of which come from the Sierra Madre mountains.

The tangible evidence of the Spanish colonial past of Santor church dedicated to Santa Catalina de Arayat are its 19th-century bells, which are still being used. Bongabon’s church still has at least two of the original 19th-century bells.

Another interesting discovery are the huge indigo vats in Santor used during the heyday of its textile industry.

The riverside vats of stone and bricks are located about a kilometer away from each other are hidden by vegetal growths but still standing, serving as testaments to a bygone industry.

In one of the locations are signs of previous treasure-hunting activities, so that the National Museum must intervene to ensure its protection and preservation.

This particular vat location is actually a two-level complex of rounded and rectangular vats with steps linking the lower (riverside) and upper (farm-side) levels.

Also in Santor, a small dam called Pritil (most likely first constructed during the Spanish period) still provides water for irrigating Santor and nearby communities.

Reguyal, Bongabon’s prime mover in the rediscovery of its colonial treasures, said the tangible and intangible cultural facets of the town need to be studied so that residents would have a heightened awareness on their importance.

Local studies on history and heritage are very significant, he said, “so that the younger generation will love their cultural patrimony” enough for them to ensure their preservation and safekeeping.

Helping the Diocese of Cabanatuan in organizing the heritage workshop were architects Ed Castro and Charlie Gallardo of the Arkicamp Heritage Foundation.

Lending their expertise to the workshop were church architecture historian and University of Santo Tomas archivist Regalado Trota José and Fr. Ted Torralba of the Diocese of Tagbilaran and Permanent Committee for the Cultural Heritage of the Church of the Catholic Bishops’ Conference of the Philippines. —CONTRIBUTED