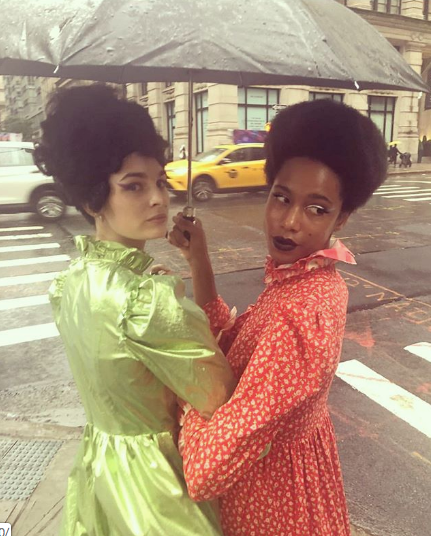 ‘Little Women’ follows the lives of the March sisters in the aftermath of the Civil War in America. The movie remake features Saoirse Ronan as Jo, Florence Pugh as Amy, Eliza Scanlen as Beth, and Emma Watson as Meg.  Since the trailer dropped this month, 19th-century-inspired dresses have become even more popular. If you’re looking to join the trend, here are three designers who are currently championing this look.

Copenhagen-based designer Cecilie Bahnsen has worked for the likes of Erdem and John Galliano. Her designs, which are all made by hand using traditional techniques, have also made her an LVMH Prize finalist.

Lawyer-turned-designer Batsheva Hay is known for her unique fabrics that are typically used for quilting. In 2018, Hay became a finalist for the CFDA/Vogue Fashion Fund. Today, her designs are seen on numerous celebrities and notable fashion glossies.

Want to make a statement in an ethereal tulle dress? Molly Goddard, who studied at Central Saint Martins, is the designer to look up. Her London-based label is widely known for traditional hand pleating, smocking, and tulle. Her works have also garnered her awards like Breakthrough Designer at Harper’s Bazaar Women of the Year 2017, British Emerging Talent Award at the 2016 Fashion Awards, and the BFC/Vogue Designer Fashion Fund in May 2018.

Watch the trailer below: