Gina Lopez: ‘She was a dynamo of love and compassion | Inquirer Lifestyle 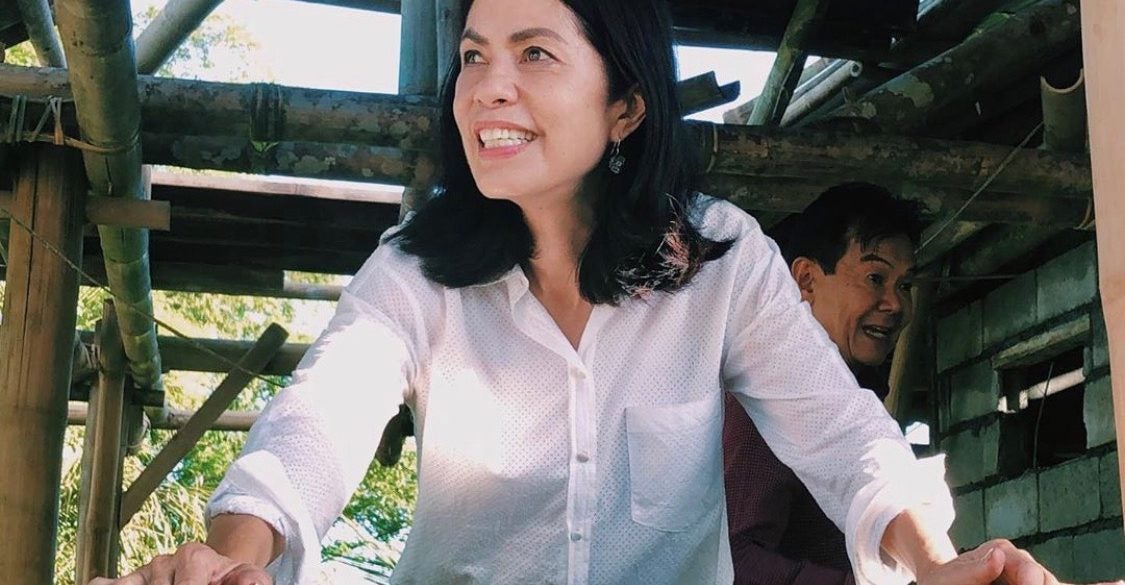 “Inculcating a spirit of passing it on.” —Gina Lopez’s Instagram

Gina Lopez: ‘She was a dynamo of love and compassion

The earth warrior’s younger brother talks about his sister, to whom nothing was impossible, didn’t take ‘no’ for an answer, and wanted to change the whole world

It was a common observation of visitors to the wake of ABS-CBN Foundation chair Gina Lopez, who passed away on Aug. 19 at age 65: She looked absolutely beautiful and peaceful lying in state in a scarlet dress, woven flowers in her hands.

Friends and relatives came in droves to pay tribute—but the most heartfelt tributes came from her own siblings. Last Aug. 21, during Gina’s necrological rites at ABS-CBN’s Studio 10, Ernie Lopez, president of ABS-CBN Publishing and Creative Programs Inc., talked about how his older sister, the second among the late Geny and Chita La’O Lopez’s seven children, “loved people so much, and loved the country so much that she left our family.”

“Gina had an energy, a passion, and a vision; I don’t know anyone else like that,” says Ernie. “It’s passion and compassion.”

He cites the most recent example: In 2017, Gina received a $10,000 award as part of her Seacology Prize, given by the renowned nonprofit organization based in Berkeley, California, that works to preserve island ecosystems and cultures around the world. Gina was chosen “in recognition of her untiring environmental advocacy in the face of powerful opposition.”

That was about the time a friend approached Gina to tell her about the plight of Kinatarkan, a community in Cebu where fishermen made less than P200 a day. “She poured that money into Kinatarkan. She doesn’t use it for herself; she teaches them how to pass it forward, not just receive it.”

One organization will learn how to earn money, Ernie recounts, then will move on to train the next organization in a nearby community. “I’m praying that even now that she’s gone, we can continue that same spirit of helping each other, inculcating a spirit of passing it on to help them see that we are also responsible for other people.”

Ernie remembers his sister as “a nonstop dynamo of energy and love and compassion,” a woman “with no limits. Nothing was impossible, and she didn’t take ‘no’ for an answer. She wanted to change the whole world, and she wanted to start with her country.”

There are many visionaries with great ideas, but “Gina was a doer,” Ernie says. “She would focus on a small part of the problem, then get results, then go out and convince people that she could do it again. That was her style—not just platitudes, but getting communities and parties together.

“Even the NPA liked her; she could talk to the military, local government, businessmen, and she could give anybody a dressing down.”

He shares how he and sister Berta Lopez Feliciano had the same strategy when they spoke to Gina, who was “ADHD on steroids—her eyes were always looking everywhere! We would hold her face in both hands, and say, ‘Gina, I’m talking to you, focus, look at me!’ But that was still no guarantee that she’d listen to you.”

Ernie liked going on vacations with his oldest sister, as they traveled at the same fast, frenetic pace, filling every second with something to do. “I like to make the most of it, and she was exactly like that. In fact, she was the first person I ever met who tired me out.”

Gina had her quiet moments, as well, however. “She would wake up at 3 or 4 a.m. to meditate. In the car, on long trips, she was knocked out.”

She also had an uncanny ability to read her siblings’ feelings. Younger brother Monmon, who is based in San Francisco, California, says he will miss Gina because “she gave the best hugs. That’s how I always knew she loved me, even if we saw each other only four times a year.”

A few years ago, because of some personal challenges, Ernie recalls through tears how he was so down. “I didn’t have money for a birthday party for myself. You know what she did? She threw a birthday party for me. She invited me and my friends to go mountain biking in La Mesa Ecopark, then got a caterer and fed us in her house.

“She didn’t know what was happening with me—but she knew. God told her I needed her. Wow, if we all listened to God the way Gina did, tapos na ang problema. It would be heaven on earth. Nobody can take her place.”