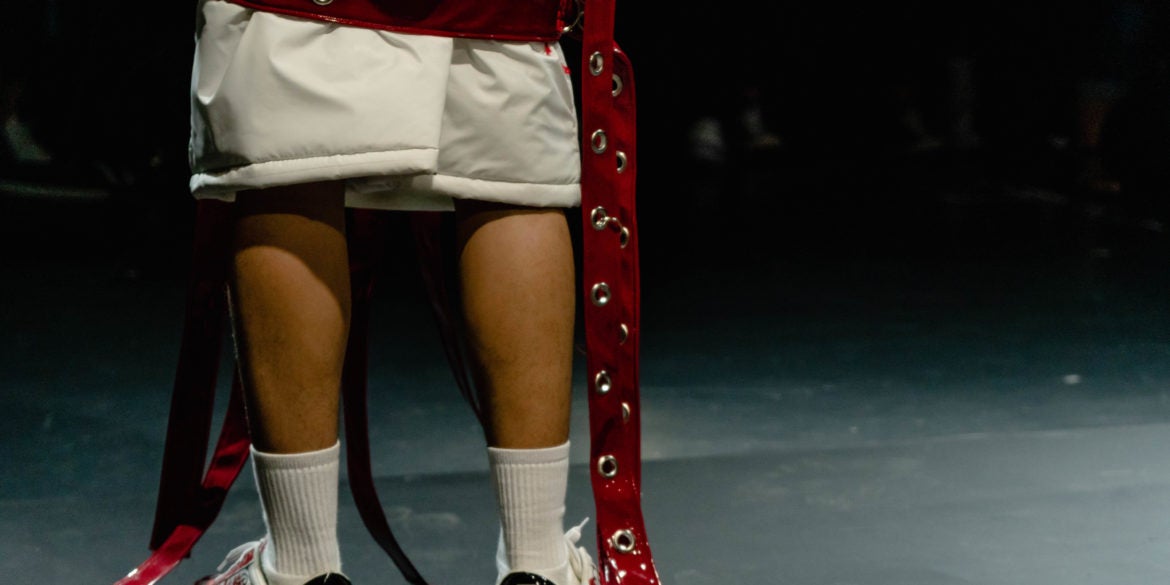 Inspired by the Japanese office worker just off from work and DIY sneakers, both by Ena Cuizon —EJ Bonagua

“If music and song can deliver a message, so can the visual arts,” said Tobias Guggenheimer, dean of SoFA Design Institute, before the start of the show.

“The work you will see tonight will hint at a host of realities, fantasies, pains and pleasures our creative students have experienced.”
Held last Aug. 7 at the Bench Tower, the 2019 SoFA Grad Show featured the works of 18 student designers from their two-year and four-year fashion courses, with each having a story to tell.

“We heard the students themselves speak from the heart,” said SoFA creative director Amina Aranaz-Alunan during her welcome speech. “After years of preparation, we are proud to say that SoFA has proven to be a powerful force in design. At SoFA Design Institute, we live design.”

The show began with a video of the Shibuya crossing in Tokyo flashed on the screen. Then a model wearing an oversized red suit with exaggerated shoulders by Ena Cuizon walked the runway.

The suits were inspired by the Japanese office worker just off from work and headed for a night out in Tokyo, a typical sight on the rush-hour commuter scene in Japan.

“For six years, Japan was home to me,” Cuizon said. “To say I fell in love with the city is an understatement.”

Cuizon’s creations were filled with graphics, some with messages written in Japanese. DIY was also a major factor in her looks. “Many people in Japan tend to do DIY for their outfits,” Cuizon said, “so that they can flaunt them in Harajuku.”

Then a video of the Korean landscape flashed next on the screen, signaling the designs of fashion student Hanvi Kim. Her works incorporated her Filipino-Korean heritage using the hanbok, the Korean national dress, and Philippine terno. Her half-terno, half-hanbok dress with pink and white lights depicted cherry blossoms in Korea and coconut leaves in her province of Albay.

Another notable creation was her interpretation of the modern hanbok with a handpainted skirt with Korean, alibata and English alphabet letters. “The materials I used are the Korean silk fabric and the pinukpok fabric from Albay,” Kim said.

The shock fashion of Aaron Paatan was perhaps one of the most memorable as the audience gasped when a skinhead model wearing contacts, latex and platforms strutted down the runway holding a skull. His works titled “Homo Automata: Humans and Automation” were reminiscent of scenes from a horror flick. They depicted “humans being slaves to technology, becoming machines, trapped in a cycle of creation and destruction.”

As design student and spectator Jeremiah Biadoma observed, “You can say a collection is successful (in an innovative or campy way) if either you wowed or dismayed/disgusted your audience.”

Aside from these three designers, here are some other works from the 2019 SoFA Grad Show. 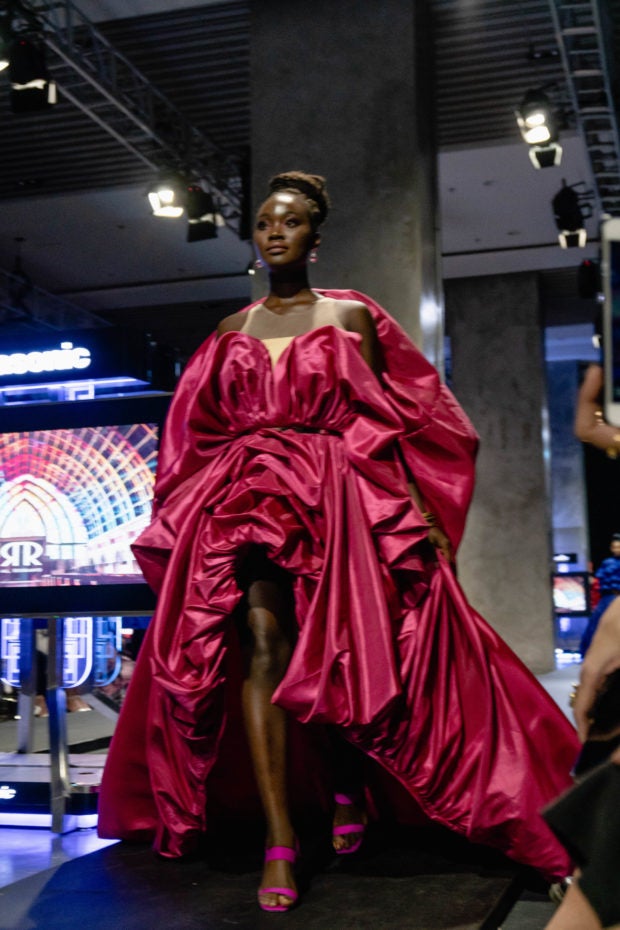 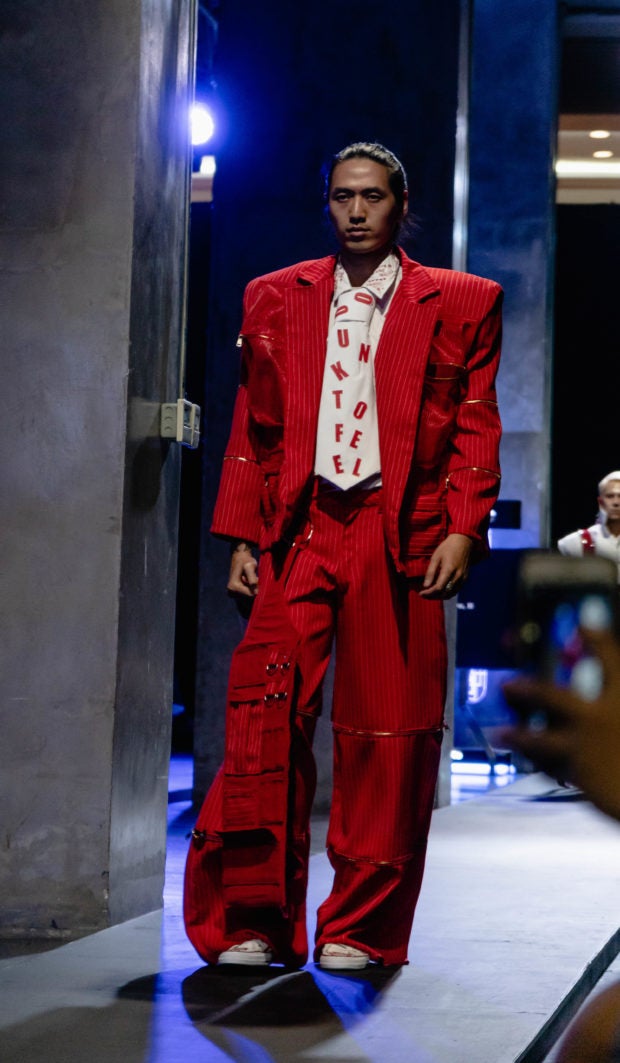