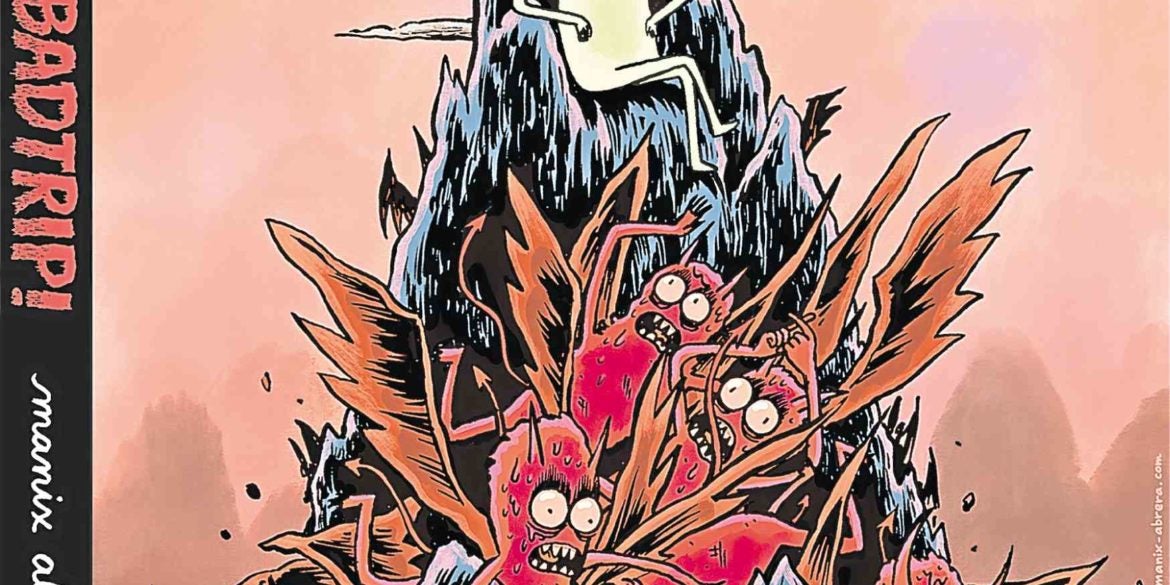 Is it a sign of the end times that the single most negative, most notably depressing character in a comic strip also proves to be the most popular one? That is the case with Manix Abrera’s “Kikomachine Komix!” This omnipotent font of negativity, the one character with the ability to find the bad—nay, the worst possible thing—in every situation is Bertong Badtrip, perpetually frowning with what looks like flames coming off his head and a gloomy word balloon.

He either walks around and then judges people for their bad behavior, or imagines Dante-level and Abrera-style punishments for everyday annoyances like people who keep standing on the wrong side of escalators. He became a sideshow, with “Kikomachine Komix!” often “Feat. Bertong Badtrip” like a rapper on a song. 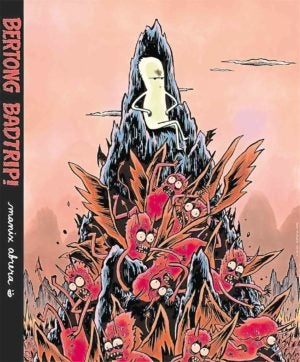 Now, he is getting his own graphic novel from publishing house Visprint. “Bertong Badtrip” gathers the best—the worst?—of the character’s appearances in the Inquirer comic strip.

Abrera noted that there were readers who were not familiar with his earlier work—“Kikomachine Komix!,” “News Hardcore,” “Silent
Comics”—but knew who Bertong Badtrip was.

What is it about “Bertong Badtrip” that just resonates with readers? It is Abrera’s iconic art and dense text, his skewed sense of humor or ultimately one person’s ability to find defeat in the face of victory. Who hasn’t wanted to punish those who prove annoying on an everyday basis? Bertong Badtrip is their guy. More than anyone else on the strip, Bertong Badtrip is the true, unfettered, unfiltered representation of Abrera’s bizarre id. And it is glorious. Sometimes negativity wins—and is hilarious. Abrera himself is somewhat mystified. “Hindi ako sure, pero sa tingin ko ay may mas malawak pang audience na makaka-resonate kay Berto.”