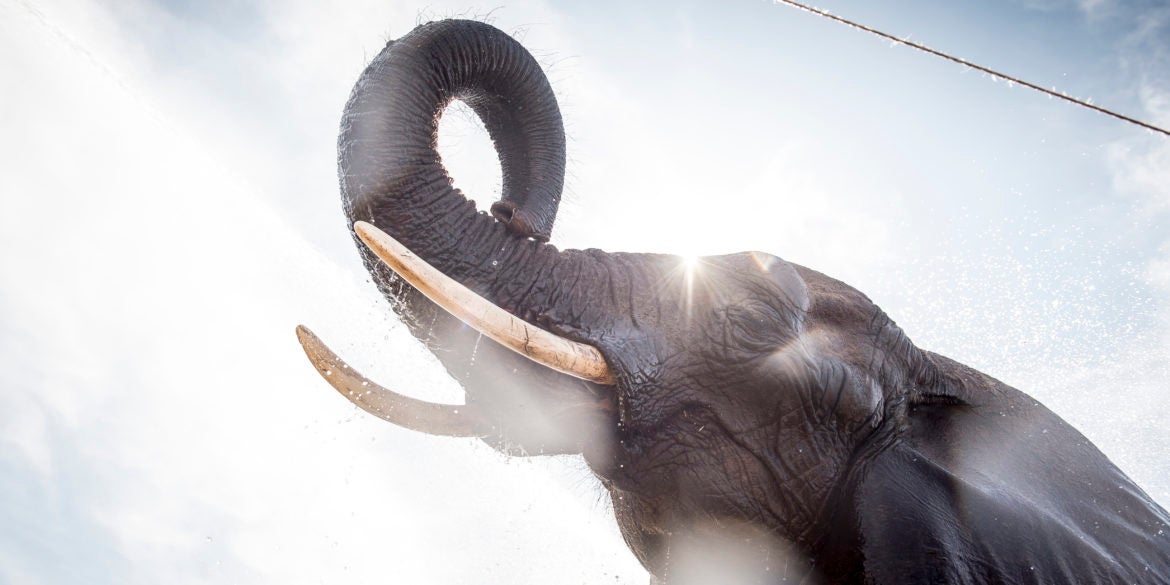 Elephants of the Arene circus are being hosed down by local firefighters due to high temperatures on August 2, 2018 in Gilleleje, Denmark. (Photo by Mads Claus Rasmussen / Ritzau Scanpix / AFP) / Denmark OUT

The government of Denmark will buy the country’s last four circus elephants in order to retire them, a minister said Saturday, as more countries move to shield wild animals from the practice.

Highly regulated, though still controversial, elephants, sea lions and zebras are the only animals that can be used in circuses in Denmark.

But a new anti-cruelty law will be introduced to parliament soon to impose a blanket ban for all animals, the ministry of food, agriculture and fisheries said in a statement.

The animals will be sent to a zoo to live out their last days, though it is not yet clear which one.

“The elephants will be sent to the establishment that can offer them the highest level of well-being,” said the ministry.

More than 40 countries around the world, about half of them in Europe, have restricted or banned the use of wild animals in zoos.

Cover image: Elephants of the Arene circus are being hosed down by local firefighters due to high temperatures on August 2, 2018 in Gilleleje, Denmark. (Photo by Mads Claus Rasmussen / Ritzau Scanpix / AFP) / Denmark OUT