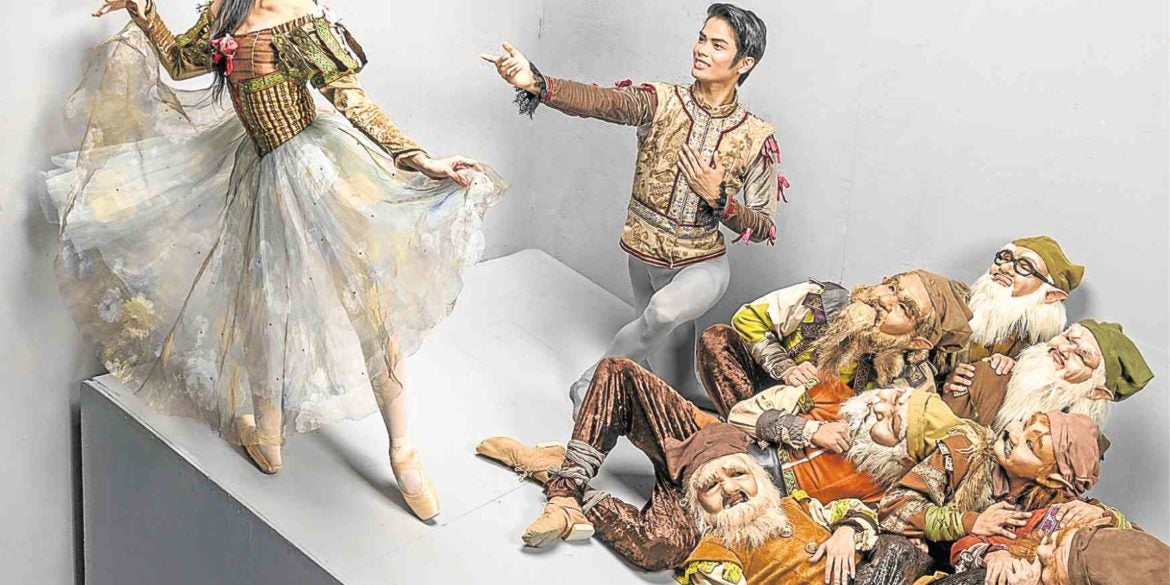 Ballet Manila’s 24th season is about the shoe

Something new, something old and something “borrowed” have been lined up by Ballet Manila for its 24th season, between September and February, at Aliw Theater in Pasay City, with the theme “On Pointé.”

The theme shines the spotlight on the pointé shoes that allow a ballerina to stand and twirl daintily on her toes. Elizalde says the theme is related to Ballet Manila’s Russian Vaganova style of training and dancing.

“It defines what classical ballet is: Being able to dance on pointé,” she says. It showcases the harmonious perfection of movements of the arms, legs and torso, she adds.

The repertoire will not only delight balletomanes but is likely to attract prospective ballet enthusiasts. The season opens with the restaging of the second of Elizalde’s princess trilogy, the fairy tale “Snow White” on Sept. 7 and 8.

It makes a fitting prelude to something new, “Sleeping Beauty,” the third and last in the princess trilogy that will be premiered on Dec. 7-8 and is Ballet Manila’s Christmas offering. Like the other two princess tales, the story of the young woman, who was put in a deep sleep by a snubbed fairy, features original choreography.

“I did not think of a princess trilogy when ‘Cinderella’ was performed,” Elizalde recalls. “I just wanted the audience to have fun but then I realized we could tell a story.” She says the challenge in making “Sleeping Beauty” the conclusion of the trilogy “is to make it relevant.” So Elizalde brings to the party celebrating Sleeping Beauty’s finding her prince, the other two princesses, Cinderella and Snow White.

In between the stories of the princesses is the “old” favorite, the classic “Giselle,” the tragic story of a peasant girl who dies of a broken heart when she finds out her beloved is betrothed to another woman. “Giselle” will be staged Oct 19-20.

Saturday shows are at 2 and 6 p.m., while Sunday performances are at 3 p.m. —CONTRIBUTED