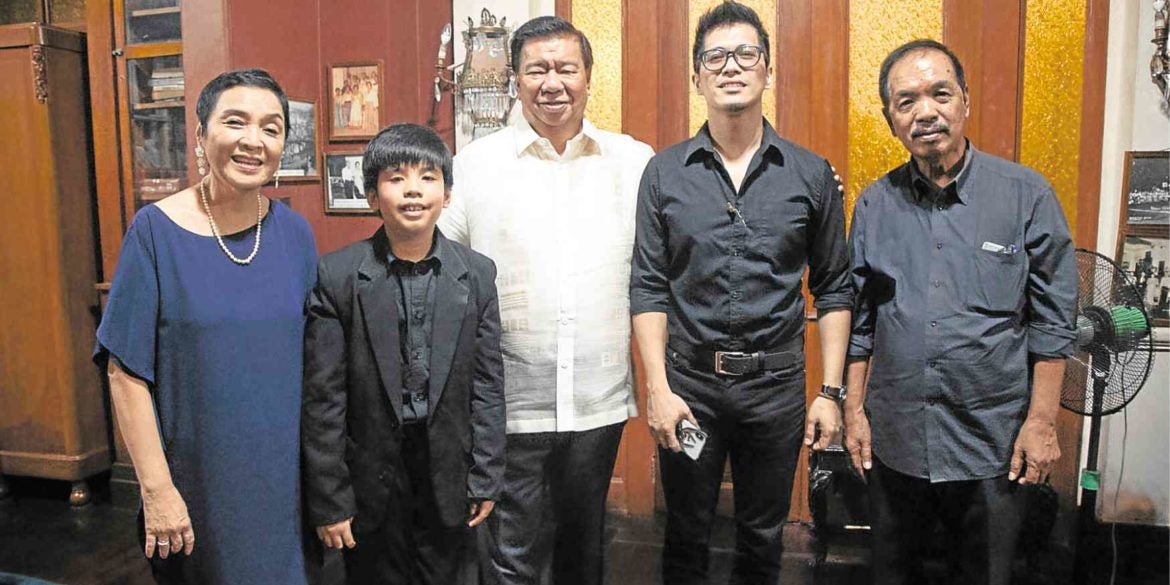 That he was a young musician with enormous potential was obvious as he wrapped up Schumann’s “Fantasy Pieces for Cello and Piano, Op. 73” with great dispatch.

By the time he was done with Saint-Saens’ “Cello Concerto No. 1 in A Minor, Op. 33,” the excitement was too much for the crowd. Senior citizens and millennials all wanted to hug the child and kiss him right there on stage.

A dream collaborative artist was Dingdong Fiel who went through every piece in no-fuss perfect harmony with the soloist.

But the best was yet to come.

A commissioned piece by this writer (based on a popular Ilonggo folksong also popular in Bicol) was played by cellist and pianist that drew ripples of delight from the crowd. Midway into the music, the piece had some parts of the crowd singing.

Indeed, the popular folksong, “Ohoy Alibangbang,” left many Ilonggos teary-eyed so that it elicited a standing ovation led by Sen. Franklin Drilon. Many Iloilo old-timers admitted they had not listened to the Ilonggo lullaby for a very long time and as a result of the performance, they retreated into mass nostalgia and fond memories of their parents singing the folk song to put them to sleep.

Damodar played a second encore number based on a Hindu chant. “Mantra,” as the unfamiliar piece was titled, became an invitation to the audience for a spiritual retreat.

Within hours after the recital, the cello version of “Ohoy Alibangbang” was on the Internet, posted by excited concertgoers.

“That long-forgotten piece left me in tears and brought back memories of innocence and the simple joys of yearning just to be,” said actor-filmmaker Bibeth Orteza.

“What a poignant song! No wonder there was pandemonium in the audience,” posted writer Elizabeth Lolarga on Facebook.

Poet Marne Kilates said upon hearing the encore piece on Facebook, “That boy is special and his playing brought out the harsh beauty of memory … I couldn’t help crying.”

Ilonggo music lover Ric Mendoza didn’t attend the concert but heard the encore number on Facebook. “That piece brought back memories of childhood. Strange that it brought about sudden melancholy.”

The concert was dedicated to the late cellist Miguel Lim Cornejo. and his mother, former Tourism Secretary Narzalina Lim, remarked it was “especially meaningful because our performing artist—Damodar Das Castillo—is a child and Miguel’s career in Australia centered on teaching music to children.”

“He was infinitely patient with them and his happiness came from listening to them play his beloved instrument,” said Lim. “Every student touched by Miguel’s teaching came away with a love of music. This is because my son strongly believed, like the great music teacher Shinichi Suzuki, that ‘if a child hears good music from the day of his birth and learns to play it himself, he develops sensitivity, discipline and endurance. He gets a beautiful heart.’”

The concert was supported by the Miguel Lim Cornejo Scholarship Fund and Richmonde Hotel Iloilo. —CONTRIBUTED