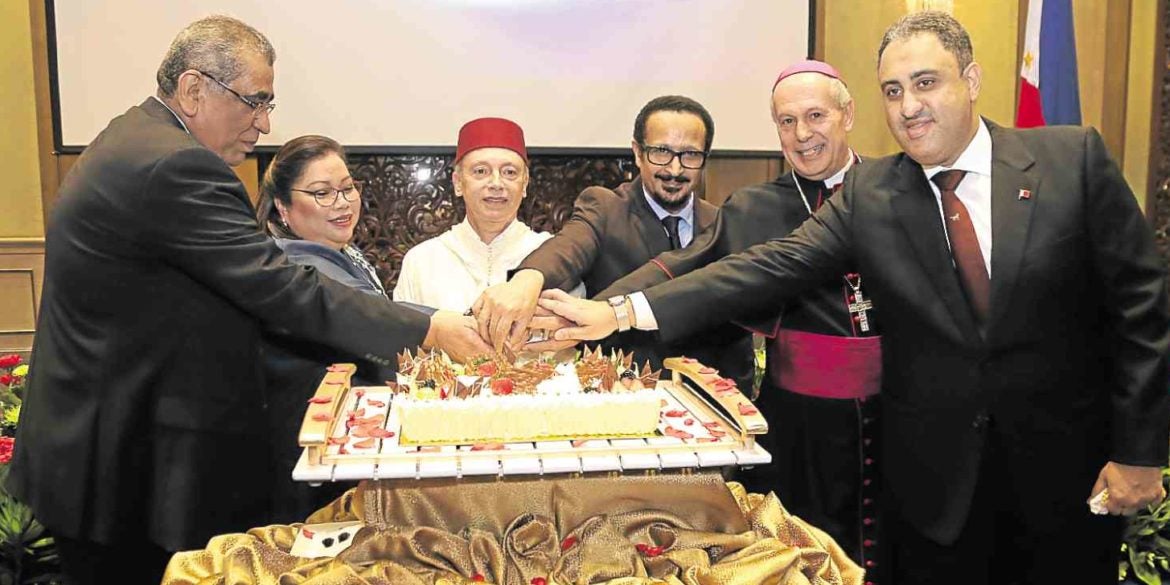 The Embassy of the Kingdom of Morocco headed by Ambassador Mohammed Rida El-Fassi marked recently the 20th anniversary of the enthronement of King Mohammed VI at the Dusit Thani Hotel Makati.

His Majesty Mohammed VI has worked to solidify and accelerate a wide range of democratic, politic, economic and social reforms in the country.

“The political and the diplomatic involvement of the Kingdom on the international scene under the leadership of His Majesty, has placed emphasis on the African continent,” he added. “This has culminated in the reintegration in 2017 of Morocco in the African Union, after decades of absence.”

Guests at the celebration sampled authentic native pastries and traditional dishes such as couscous, bastilla and mechoui. Moroccan handicrafts were displayed. —CONTRIBUTED