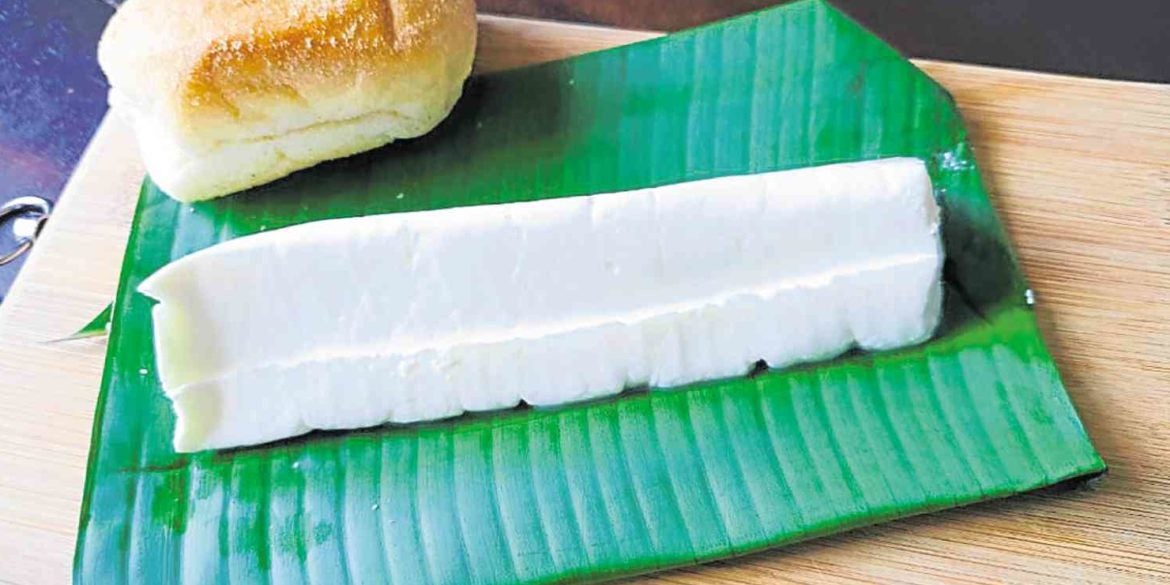 An heirloom kesong puti has recently caught my attention. It’s made at the farm of the Palabyab family in San Jose del Monte, Bulacan.

The Palabyabs are good-standing members of their community. Dr. Rufino L. Palabyab was the town’s first doctor. His son, Dr. Efren, followed in his footsteps. Their kesong puti is renowned and a gift reserved for special friends.

The taste is pristine and refined, rich not tart—like the kesong puti of old.

The keso by itself is good. But I love drizzling it with good olive oil and a sprinkling of parsley. Then I slightly warm the cheese and pair it with hot pan de sal.

Sea purslane or dampalit is a new ingredient that I’ve recently been adding to my dishes.

Crunchy, a bit salty, a tad peppery and fun to chew, the nutrient-packed succulent is rich in minerals and antioxidants.

What I like about it is that it takes on a different character, depending on its usage.

It makes a great addition to your salad mix. Uncooked, it can be paired with native greens such as pako and alugbati.

So far, I’ve used it as my greens for sinigang . I also plan to cook it as I would any green vegetable. Adobo, I was told, is another popular way of cooking it.

Finding something new to add to my food brings joy, especially when they are sourced from reputable suppliers.

Combine all ingredients, adding oil last in a fine stream. Blend until emulsified. Drizzle on salad.

I will be launching on Sept. 6 the award-winning line of Gallo Olive Oils from Portugal.

The oils are exquisite, freshly pressed just before the batch are shipped to Manila.

I have long been in search of quality olive oils that suit my palate without hurting my pocket—and Gallo is it.

I tried these oils for the first time last year, and prodded my Portuguese friend João Branquinho to import them. Luckily, Gallo agreed.

Join us on Sept. 6 as we prepare tapas, cook authentic piri-piri chicken and roast a whole baby lamb. There will be chorizo and olive oil tasting, too.

Catch the pilot episode of my show, “What the Food!”—a one-of-a-kind show on lifestyle.inquirer.net. My first guest is Dr. Vicki Belo. “What the Food!” is produced by Arsenal Content Marketing.